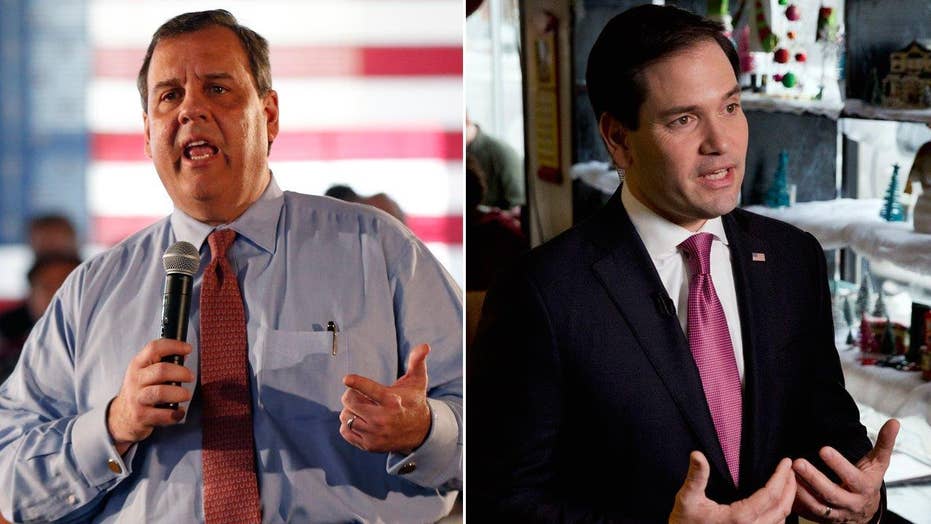 Florida Sen. Marco Rubio on Sunday touted his debate performance, amid criticism about “scripted” responses and him needing to repeat his opposition to President Obama to defend a sustained attack by GOP presidential rival Chris Christie.

Christie, the governor of New Jersey, argued during the Saturday night debate that Rubio would be like Obama if elected -- a freshman senator leading the country with essentially no experience running a government.

Rubio said several times during the attack that Obama indeed “knows exactly what he's doing," which is trying to make the country “like the rest of the world.”

On Sunday, Rubio defended his response.

“I would pay them to keep running that clip because that's what I believe passionately,” he said on ABC's "This Week." “It's one of the reasons why I'm not running for re-election to the Senate and I'm running for president."

In the debate exchange, Rubio also said that Christie could barely pull himself off the campaign trail to return to New Jersey to deal with last month’s blizzard.

“They had to shame you into going back,” Rubio said. “You stayed there for 36 hours. And then he left and came back to campaign. Those are the facts.”

Christie, a former federal prosecutor, accused Rubio of distorting the facts about his governorship, including some about the state’s financial problems.

“That's what Washington, D.C., does -- the drive-by shot at the beginning with incorrect and incomplete information and then the memorized 25-second speech. That is exactly what his advisers gave him,” said Christie, who repeated a version of that response several times as Rubio continued.

His recent rise has resulted in efforts by those in the GOP field, including Christie, to slow his momentum. As a Republican governor leading a Democratic-leaning state, Christie hopes to appeal to independent-minded New Hampshire voters in the state primary Tuesday to keep his campaign alive. He accused Rubio of scripted responses in the days leading up to the debate, too.

Rubio also argued Sunday, as proof his debate remarks resonated with supporters, that his campaign raised more money in the first hour of the debate than in any other debate.

“As far as that message, I hope they keep running it. And I'm going to keep saying because it's true," he said. "Barack Obama … said he wanted to change the country. He's doing it in a way that is robbing us of everything that is special.”