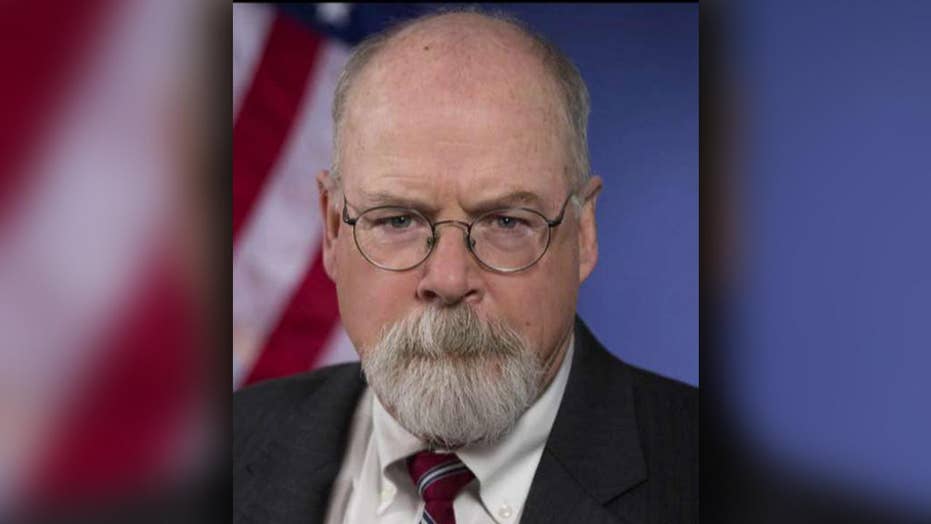 New developments in the Durham probe

The former Justice Department official who essentially created and oversaw special counsel Robert Mueller’s investigation offered implicit support in testimony Wednesday for a subsequent review of the origins of that case at the FBI and beyond.

Former Deputy Attorney General Rod Rosenstein, during his testimony before the Senate Judiciary Committee, discussed several issues surrounding the origins of the Russia investigation—including the way in which Foreign Intelligence Surveillance Act (FISA) warrants were sought and approved.

Rosenstein appointed Mueller in May 2017 to investigate whether members of the Trump campaign were colluding with the Russians to influence the 2016 presidential election. Mueller’s investigation yielded no evidence of criminal conspiracy or coordination between the campaign and the Russians during the 2016 election, though the question of whether Trump obstructed justice was left open in that report.

Following Mueller’s investigation, Attorney General Bill Barr appointed U.S. Attorney John Durham of Connecticut to then investigate the origins of the FBI’s original Russia probe, which began in July 2016, through the appointment of Mueller in May 2017.

“Attorney General Barr is trusting John Durham to do that and I think that’s a reasonable decision,” Rosenstein testified Wednesday.

The statement came as he was asked specifically about the unverified anti-Trump dossier compiled by ex-British spy Christopher Steele and paid for by the Hillary Clinton campaign and the Democratic National Committee in 2016, and the role the document played in securing FISA warrants for former Trump campaign aide Carter Page.

“I knew an investigation into the dossier would be far more complicated and take far more time,” Rosenstein said, explaining he wanted Mueller’s investigation to be “focused” and “resolved as expeditiously as possible.”

He then noted that Durham is looking at that issue.

“I am grateful we wrapped up the special counsel phase in 22 months, and if there is other information to be uncovered, I’m confident it will be uncovered,” he said.

Rosenstein also testified Wednesday that he would not have signed a FISA warrant renewal application for Page had he known about the since-revealed misconduct surrounding those warrants -- while faulting the FBI for its handling of the documents.

Rosenstein defended his own actions related to the FISA warrant, saying that “every application I approved appeared to be justified based on the facts it alleged.” Rosenstein implicitly pointed the finger at the FBI for since-revealed problems in that process.

“The FBI was supposed to be following protocols to ensure that every fact was verified,” Rosenstein said, going on to cite Justice Department inspector general findings last year revealing that the FBI actually “was not following the written protocols, and that ‘significant errors’ appeared in applications filed in connection with the Crossfire Hurricane investigation.”

Rosenstein also repeatedly claimed to be unaware of details that have since been used by critics to raise questions about the probe. Rosenstein said he "obviously didn’t know there was exculpatory evidence" with regard to the origins of the Russia investigation, including details about Michael Flynn and George Papadopoulos.

One example, Rosenstein noted, was that he was never made aware that in January 2017, the FBI field office recommended Flynn be removed from the investigation.

The DOJ determined last month that the bureau's 2017 Flynn interview -- which formed the basis for his guilty plea of lying to investigators -- was "conducted without any legitimate investigative basis,” and moved to drop the case against him.

Rosenstein also faulted former FBI Deputy Director Andrew McCabe for not being fully forthcoming on “internal deliberations” at the bureau about the investigation.

“He did not reveal to me that he was having internal deliberations with his team on whether to target very high profile people for investigation,” Rosenstein explained. “That’s the kind of thing I needed to know.”

Graham also prompted Rosenstein to acknowledge there was scant collusion evidence in August 2017.

"The whole concept that the campaign was colluding with the Russians, there was no there there in August 2017. Do you agree with that statement?" he asked.

Rosenstein replied: "I agree with that general statement."

Last month, transcripts of interviews from the House Intelligence Committee’s Russia investigation revealed top Obama officials acknowledged they knew of no “empirical evidence” of a conspiracy despite their concerns and suspicions.

Meanwhile, sources told Fox News that Durham’s investigation is ongoing and his team is doing their work out of New Haven, Conn. The probe is expected to be complete by the end of the summer.

A source said that the "pattern of conduct" Durham is investigating includes misrepresentations made to the FISA court to obtain warrants to surveil Carter Page. Durham is also reviewing the process of unmasking.

Durham’s team includes a number of federal prosecutors, including Jeff Jensen, the U.S. attorney for the Eastern District of Missouri who was tapped by the DOJ in February to review the case against Flynn. Last month, Barr also tapped U.S. Attorney for Western Texas John Bash to launch a more focused review on the process of unmasking.