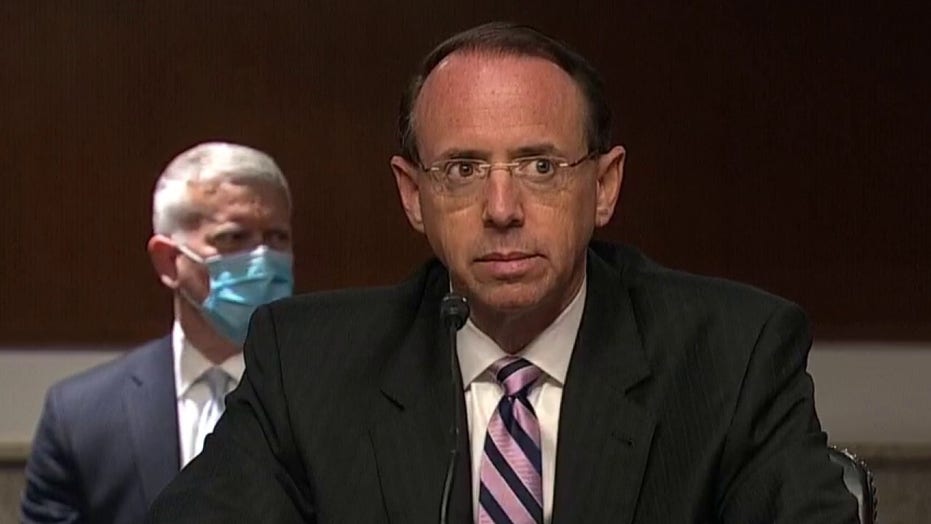 The ‘Outnumbered’ panel weighs in on former Acting Attorney General Rod Rosenstein testifying on the Russia probe origins before the Senate Judiciary Committee.

During his appearance before the Senate Judiciary Committee, Rosenstein suggested that McCabe should have shared details about former FBI Director Comey’s memos on his conversations with the president earlier, claiming that he didn’t tell him about their existence until right before they were leaked.

Asked whether McCabe lied to him, Rosenstein testified: "Lying is when you ask someone a direct question and get a false answer. Candor is when you’re forthcoming with information someone needs to know. I believe McCabe should have recognized that when I became acting AG [overseeing the Russia probe], I needed to know about Comey’s memos and he didn’t tell me until a couple of hours before they showed up in the New York Times."

Comey admitted to Congress during testimony in June 2017 that, after he was fired, he purposefully leaked several memos through an intermediary to ensure that a special counsel would be appointed.

Comey leaked his memos to a friend, Columbia Law School Professor Daniel Richman, who later served as Comey's legal counsel. Richman ultimately leaked the contents of the memo to The New York Times.

McCabe, on Wednesday, fired back, essentially accusing Rosenstein of lying.

“Mr. Rosenstein’s claims to have been misled by me, or anyone from the FBI, regarding our concerns about President Trump and the Trump campaign’s interactions with Russia are completely false,” McCabe said in a statement Wednesday.

McCabe added: “Mr. Rosenstein’s testimony is completely at odds with the factual record. It looks to be yet another sad attempt by the President and his men to rewrite the history of their actions in 2017. They have found in Mr. Rosenstein – then and now – a willing accessory in that effort.”

Senate Judiciary Committee Chairman Lindsey Graham, R-S.C., read McCabe’s statement to Rosenstein at the end of the hearing Wednesday, and asked for his response.

“I think one thing you need to appreciate…is that I had a very strong team working with me at the Justice Department,” Rosenstein said, noting that it was a team “including Trump appointees, career people, Republicans and Democrats.” 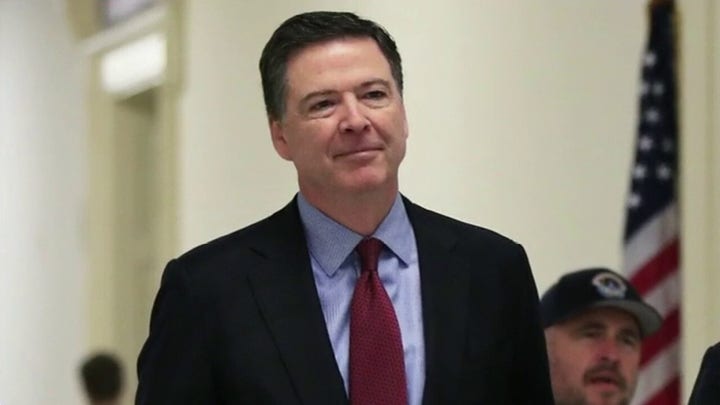 “I spoke to my team—not Mr. McCabe. I spoke with my team,” he continued.

He went on to note he never explicitly said McCabe misled him.

Rosenstein added: “I did not say Mr. McCabe misled me—what I said was that he did not reveal the Comey memos to me for a week and that is true. And he revealed them to me only a couple of hours before they showed up in the New York Times.

“He did not reveal to me that he was having internal deliberations with his team on whether to target very high profile people for investigation,” Rosenstein continued, noting that McCabe’s “position” was that he did not have to notify the Justice Department until after he signed off on those probes.

“That’s the kind of thing I needed to know,” Rosenstein said. “I haven’t accused him of making misstatements to me. I have accused him of not being fully forthcoming.” 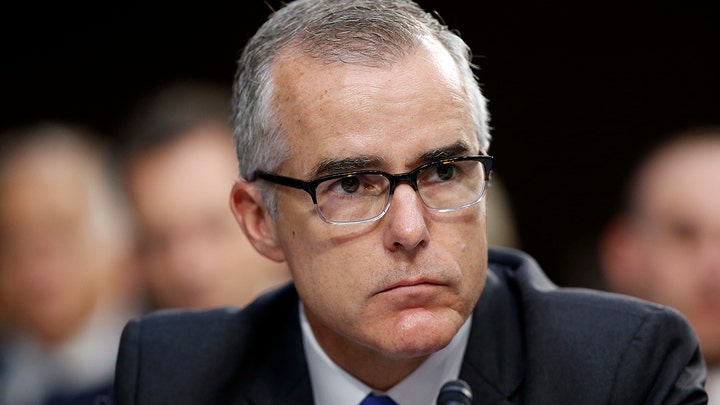 Rosenstein added that he was “confident” people at the Justice Department “will back me up.”

“I had a right to know the deliberations inside the FBI, because McCabe knew I had just come into this job, I didn’t know what they were investigating except what he told me,” Rosenstein said, adding that he “didn’t have the underlying evidence.”

“I was relying upon the information that came up from the FBI,” he said. “I have not made any unfair allegations against Mr. McCabe.”

McCabe was fired by former Attorney General Jeff Sessions in March 2018 after the DOJ inspector general found he had misstated his involvement in a leak to The Wall Street Journal regarding an FBI investigation into the Clinton Foundation.

Meanwhile, Rosenstein testified Wednesday that he would not have signed a Foreign Intelligence Surveillance Act warrant renewal application for former Trump campaign aide Carter Page had he known about the since-revealed misconduct surrounding those warrants -- while faulting the FBI for its handling of the documents.