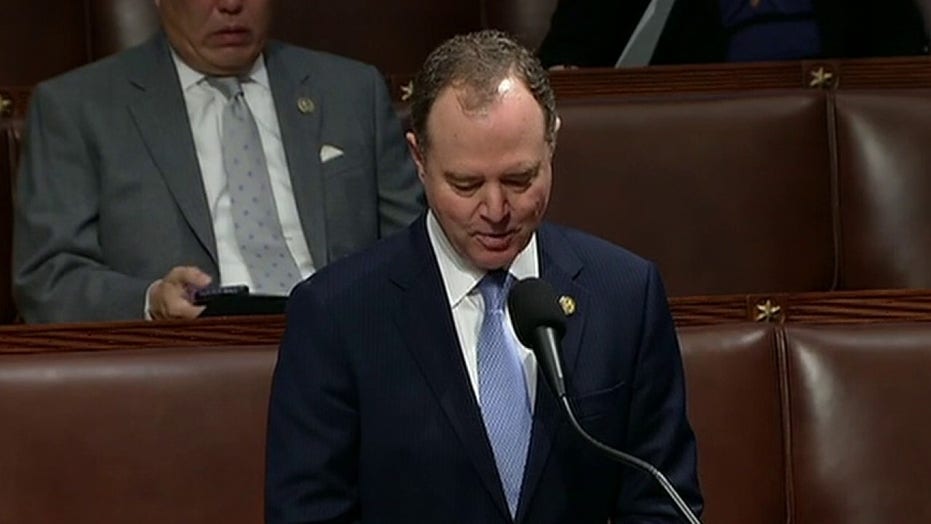 Should Schiff step down from House Intelligence Committee after release of Russia docs?

Newly released transcripts of interviews from the House Intelligence Committee’s long-running Russia investigation reveal top Obama officials acknowledged that they knew of no “empirical evidence” of a conspiracy between the Trump campaign and Russia in the 2016 election, despite their concerns and suspicions.

Fox News first reported Wednesday night that the transcripts would show this. The officials' responses align with the results of former Special Counsel Robert Mueller’s investigation—which found no evidence of criminal coordination between the Trump campaign and Russia in 2016, while not reaching a determination on obstruction of justice.

SCHIFF SCRAMBLES AHEAD OF TRANSCRIPT RELEASE

The transcripts, which were released by House Intelligence Committee Chairman Adam Schiff, D-Calif., revealed top Obama officials were questioned over whether they had or had seen evidence of such collusion, coordination or conspiracy -- the issue that drove the FBI's initial case and later the special counsel probe.

Former U.S. Ambassador to the United Nations Samantha Power, according to the transcript of her interview, was asked about the same issue. Power replied: “I am not in possession of anything—I am not in possession and didn’t read or absorb information that came from out of the intelligence community.” 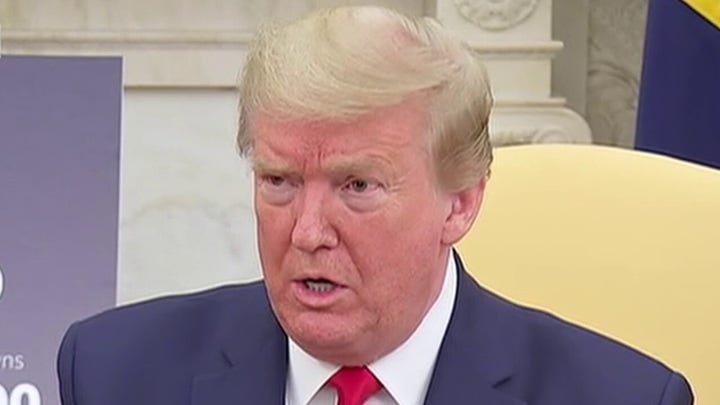 “To the best of my recollection, there wasn’t anything smoking, but there were some things that gave me pause,” she said, according to her transcribed interview, in response to whether she had any evidence of conspiracy. “I don’t recall intelligence that I would consider evidence to that effect that I saw…conspiracy prior to my departure.”

When asked whether she had any evidence of “coordination,” Rice replied: “I don’t recall any intelligence or evidence to that effect.”

“I wouldn’t have received any information on any criminal or counterintelligence investigations into what the Trump campaign was doing, so I would not have seen that information,” Rhodes said.

When pressed again, he said: “I saw indications of potential coordination, but I did not see, you know, the specific evidence of the actions of the Trump campaign.”

Former Attorney General Loretta Lynch also said that she did "not recall that being briefed up to me."

"I can't say that it existed or not," Lynch said, referring to evidence of collusion, conspiracy or coordination.

Meanwhile, former FBI Deputy Director Andrew McCabe was not asked that specific question but rather questions about the accuracy and legitimacy of the unverified anti-Trump dossier compiled by ex-British intelligence officer Christopher Steele. 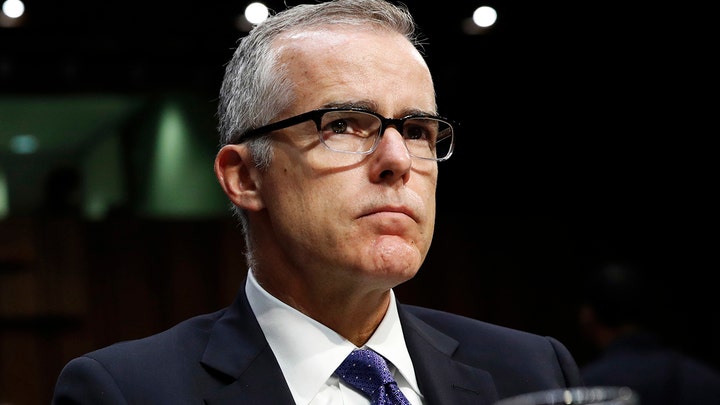 McCabe was asked during his interview in 2017 what was the most “damning or important piece of evidence in the dossier that” he “now knows is true.”

McCabe replied: “We have not been able to prove the accuracy of all the information.”

“You don’t know if it’s true or not?” a House investigator asked, to which McCabe replied: “That’s correct.”

Schiff released the files -- approved in late 2018 for release by the committee -- after facing pressure earlier this week from Republicans to do so. Acting Director of National Intelligence Richard Grenell then notified Schiff that the redaction and declassification process was complete, and that the records were ready to be made public.

“At the bipartisan request of the House Permanent Select Committee on Intelligence, the Intelligence Community reviewed all transcripts for classification and made appropriate redactions. HPSCI voted unanimously in 2018 to publicly release these transcripts, and it is long past time that these are released,” Grenell said in a statement Thursday.

Schiff, though, faulted the White House for the delay, accusing them of dragging their feet on the classification review.

And even as officials in those interviews said they didn’t have hard evidence of collusion, conspiracy or coordination, Schiff pointed to a variety of examples he described as "ample evidence of the corrupt interactions" between Trump associates and Russia.

He also pointed to then-candidate Trump saying in 2016, “Russia, if you're listening, I hope you're able to find the 30,000 emails that are missing." This referred to then-Democratic nominee Hillary Clinton’s emails.

Schiff said in a statement: “The transcripts released today richly detail evidence of the Trump campaign’s efforts to invite, make use of, and cover up Russia’s help in the 2016 presidential election. Special Counsel Robert Mueller identified in his report similar, and even more extensive, evidence of improper links between individuals associated with the Trump campaign and the Russian government. A bipartisan Senate investigation also found that Russia sought to help the candidacy of Donald Trump in 2016.”

He also cited how former national security adviser Michael Flynn tried to "undermine U.S. sanctions on Russia" in his transition-period conversations with Russia's ambassador. Flynn later pleaded guilty to lying to the FBI about those talks; however, the Justice Department on Thursday moved to drop the case entirely, saying the FBI interview had no legitimate basis.

Meanwhile, Schiff accused Republicans of using the committee interviews to simply "press President Trump’s false narrative of ‘no collusion, no obstruction,’" despite intelligence findings that Russia sought to meddle in the election to boost Trump.

Yet Republicans told Fox News the transcripts still show the collusion claims could not be supported.

“The transcripts show a total lack of evidence, despite Schiff personally going out saying he had more than circumstantial evidence that there was collusion,” one source involved in House Russia investigations told Fox News.

Mueller, similarly, at the conclusion of his nearly two-year-long investigation, said he and his team found no evidence of criminal conspiracy or coordination between the Trump campaign and Russia, but did not reach a conclusion on obstruction of justice, which Attorney General Bill Barr ultimately decided not to pursue.