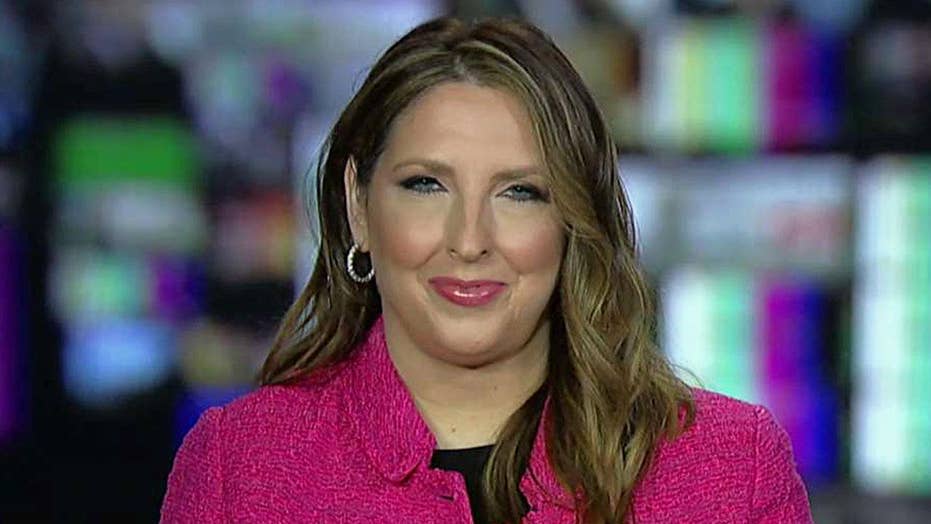 EXCLUSIVE: The Republican National Committee raised a record-setting $27.3 million in September and had $59.2 million cash on hand last month amid the impeachment push against President Trump -- which has fueled GOP campaign contributions heading into the 2020 election.

The RNC’s September fundraising haul is the best off-cycle month in the history of both the Republican and Democratic parties. This cycle, to date, the RNC has more than doubled the Democratic National Committee’s fundraising efforts, according to the GOP, which also noted that the Democrats, as of last month, carried $7.3 million in debt.

“While Democrats focus on fighting President Trump, Republicans have prioritized voters and we have another record-breaking fundraising month—the highest ever off-cycle—to show for it,” RNC Chairwoman Ronna McDaniel told Fox News. “Voters are tired of Democrats’ petty politics and baseless witch hunts, and their shameful attacks have only energized our grassroots army and allowed us to lay the groundwork for Republicans to take back the House, expand our majority in the Senate and re-elect President Trump in 2020.”

The announcement comes just days after the RNC and the Trump re-election campaign announced a massive third-quarter war chest of $125.7 million.

Earlier this month, the RNC launched a “Stop the Madness” national counter-impeachment campaign, targeting those House Democrats and vowing to cause “chaos” in response to the formal impeachment inquiry against the president.

The party spent $2.3 million to keep the pressure on vulnerable House Democrats, as part of the campaign, $2 million for ads across television and digital, and an additional $350,000 multimedia buy that it announced this week on platforms like YouTube, Hulu, and Facebook.

“Our goal is to cause chaos,” RNC spokesman Rick Gorka, who is heading up the campaign, told Fox News in an interview earlier this month. “This is a poison pill. When you couple the impeachment process with the socialist policies being espoused by 2020 Democrats, it’s going to sink their chances at the ballot box, especially with those crucial swing voters and independents across the country.”

The counter-campaign is also leading an on-the-ground effort from grassroots and field teams in critical 2020 states.

Meanwhile, the RNC is expected to continue investing money to grow its ground game to benefit the president’s re-election campaign and Republican candidates nationwide. The party has assigned staff in 19 key target states across the country, with staff, including regional political directors, regional data directors, State directors, and communications directors. In the last month, the party has expanded those efforts to states like Illinois, Colorado, South Dakota, Indiana, Wyoming, and Mississippi.

In those areas, the RNC is expected to recruit and train thousands of volunteers and conduct voter registration drives.