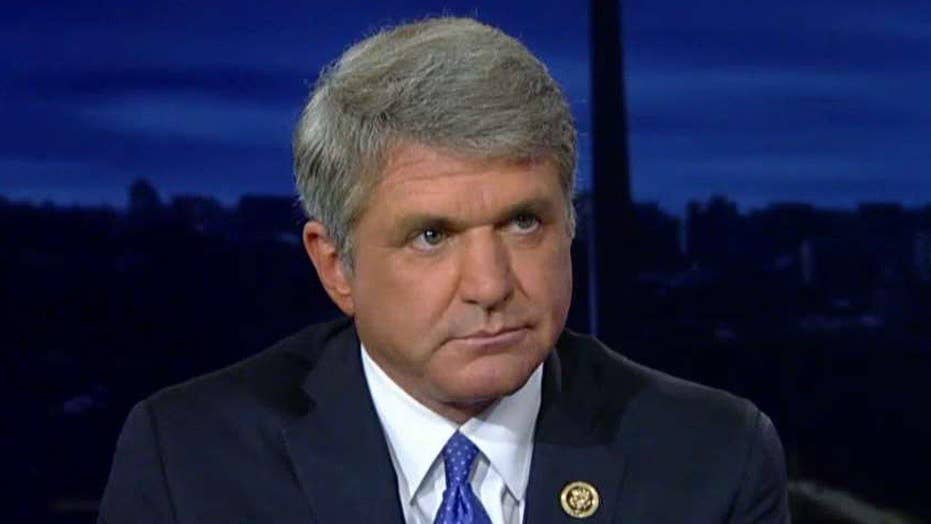 Congressman calls for the refugee screening process to be ramped up

Cases of homegrown Islamist extremism in the United States continue to rise, according to the House Homeland Security’s latest Terror Threat Snapshot.

The committee, led by Chairman Michael McCaul, R-Texas, released its monthly report on Wednesday, which noted that of the 204 homegrown "jihadist cases" in the U.S. since 9/11, 36 occurred in the last 12 months.

“We must remain clear-eyed about the threats we face,” McCaul said.

The report cited charges against Said Azzam Mohamad Rahim, who was charged in March with making false statements regarding his support for ISIS and terrorist activities; and Elvis Redzepagic, a 26-year-old who was arrested for attempting to provide material support and resources to ISIS, and allegedly, trying to enter Syria to join ISIS or the Nusra Front on two different occasions.

The report also notes the ISIS attack on Brussels last year, and the attack on Westminster Bridge near the British Parliament last month.

“One year after the heinous attack in Brussels, ISIS continues to leverage the power of lone-wolves targeting the West, most recently at the heart of the British government,” McCaul said.

The report also cites information from former Michael Morell, deputy director of the CIA, who said there is also an “expected growing threat” to U.S. airports from both ISIS and al-Qaida.

“We must intensify our efforts to deny these terrorists safe havens abroad while more aggressively countering jihadist radicalization efforts here in the United States,” McCaul said.  “Islamist terror has been franchised to followers not only in strongholds like Iraq and Syria, but in all corners of the world, and they are using everything from sophisticated explosives to their own vehicles to kill innocent people.”

The committee report noted the meeting between President Trump and Iraqi Prime Minister Haider al-Abadi, during which the leaders stated their confidence that “ISIS will be defeated” and pledged their “pursuit of a continued partnership to fight terrorism.”

The U.S. military is set to deploy 275 fighters to support American troops aiding the Iraqi army’s fight against ISIS in Mosul.

The next report from the House Homeland Security Committee is expected next month.