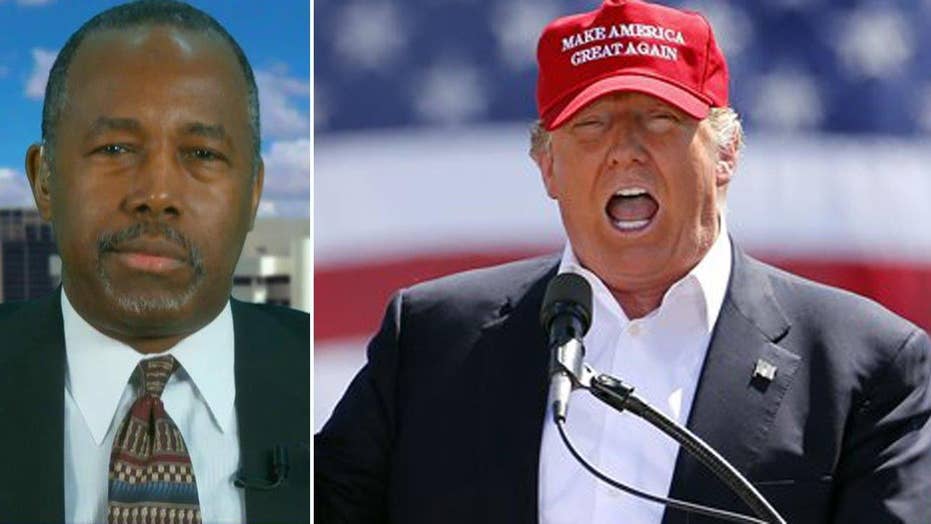 Carson on endorsing Trump: I wanted to stop open convention

WASHINGTON -- A pro-Clinton watchdog group has filed a complaint with the Justice Department alleging that Donald Trump may have promised former candidate Ben Carson a job in the administration in exchange for his endorsement last month.

The American Democracy Legal Fund, a “political accountability” group launched by David Brock, the conservative-turned-liberal operative known in political circles as a Clinton “hit man,” filed the complaint in a letter to DOJ on March 29, according to a POLITICO report.

It was one of several complaints filed by the group this week. According to reports, Brock’s watchdogs filed no less than three complaints with the Federal Election Commission (FEC) against Democratic candidate Bernie Sanders over contributions and political action committee (PAC) activities.

The letter involving Trump asks Raymond Hulser, of the DOJ’s Public Integrity Section, to investigate a possible violation of the federal statute that prohibits any candidate from promising --willfully or otherwise -- a future government position in exchange for campaign support.

Punishment for breaking this law could mean up to two years in prison.

“Dr. Carson’s comments indicate that Mr. Trump used the promise of a role in his administration to secure Dr. Carson’s support for his presidential campaign,” Brad Woodhouse, head of the American Democracy Legal Fund, in the letter.

According to POLITICO, the complaint focuses on an interview Carson, who dropped out of the race on March 4, gave to Newsmax TV on March 14, three days after he publicly gave his endorsement to Trump.

“Carson was vague about what he and Trump had discussed the day before the endorsement,” wrote reporter Nick Gass, but said Trump “would surround himself with very good people.”

Carson has repeatedly denied that there was any quid pro quo. “That’s just not true,” he told Brianna Golodrya of Yahoo News on March 16.

It is the second complaint the group has filed against Trump, the first being with the FEC, alleging that the candidate did not disclose that he reportedly paid actors to appear at his campaign kick-off rally. Brock’s group also filed a complaint against Sen. Kelly Ayotte, R-N.H. this week.