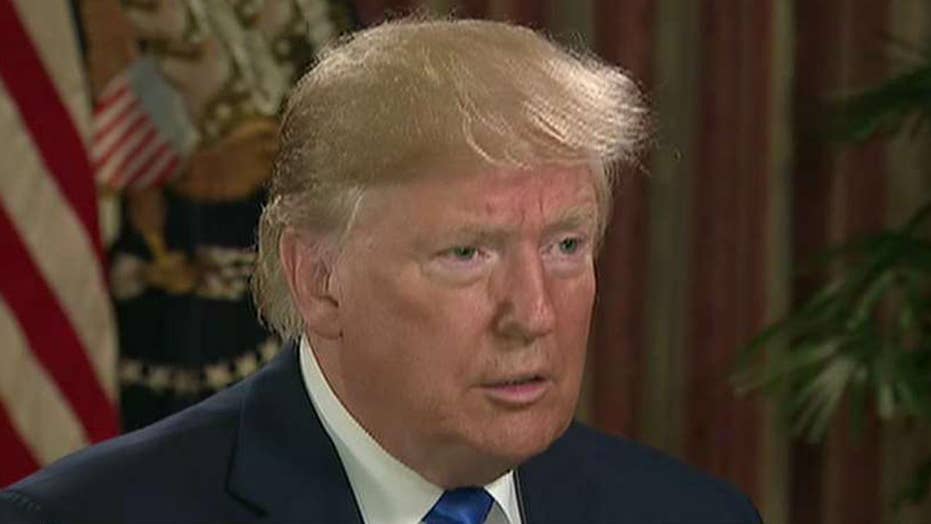 Trump on meeting with President Xi

President Trump sits down with Tucker Carlson to discuss his meeting with the Chinese leader.

President Trump told Tucker Carlson in an exclusive interview he is optimistic about a possible trade deal between his administration and Chinese President Xi Jinping, a potential development that sent the stock market futures soaring toward record highs early Monday.

Trump sat down with the Fox News Channel host during the president's trip which included stops in Osaka, Japan, for the G20 summit, and a first-of-its kind visit by a U.S. president to North Korea, meeting with dictator Kim Jong Un at the demilitarized zone (DMZ). The interview is set to air Monday night at 8 p.m. ET.

The Dow futures jumped nearly 300 points heading into Monday morning's open, and the index was poised to begin the day around 50 points higher than the highest closing on record of 26,828.39, set on Oct. 3, 2018. A deal with China to reduce tariffs and cool off the trade war between the world's two biggest economies appeared to be the main driver, and President Trump told Carlson he was hopeful about striking a trade agreement with Xi.

"You just recently hours ago met with the Chinese president, Xi Jinping," Carlson said. "Are you closer, do you think after that meeting, to a trade deal?"

"I think so," Trump replied. "We had a very good meeting. He wants to make a deal. I want to make a deal. Very big deal, probably, I guess you'd say the largest deal ever made of any kind, not only trade." 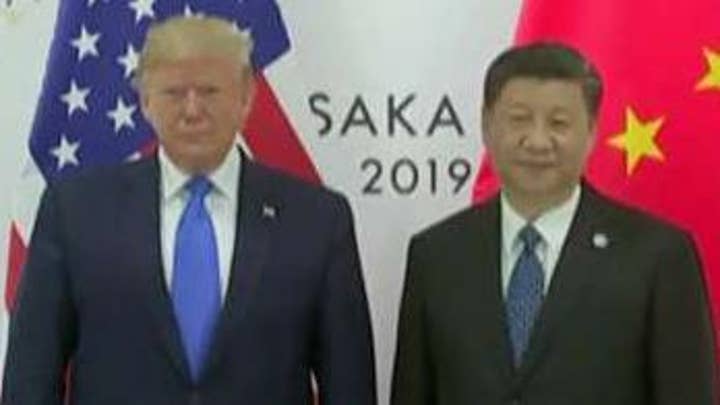 "We got along very well," Trump added. "We understand each other."

Trump had met with Xi during the G20 summit in Osaka and described the meeting as "excellent" before saying the two countries were "back on track." 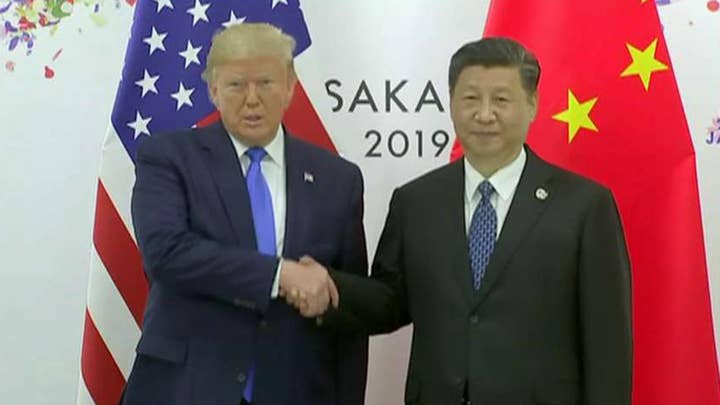 The news arrives on the heels of Trump announcing that Chinese tech giant Huawei could purchase equipment from U.S. companies after being blacklisted.

“U.S. companies can sell their equipment to Huawei,” Trump said at a news conference. “We’re talking about equipment where there’s no great national security problem with it.”

Huawei was placed on a blacklist last month barring American companies from providing them with computer chips or software, without first going through the federal government.

Trump had enacted tariffs on $250 billion worth of Chinese imports this year and has said he's willing to add tariffs on an additional $300 billion. China hit back with its own tariffs on American exports.

Carlson's full interview with Trump is scheduled for Monday on "Tucker Carlson Tonight" at 8 p.m. ET.