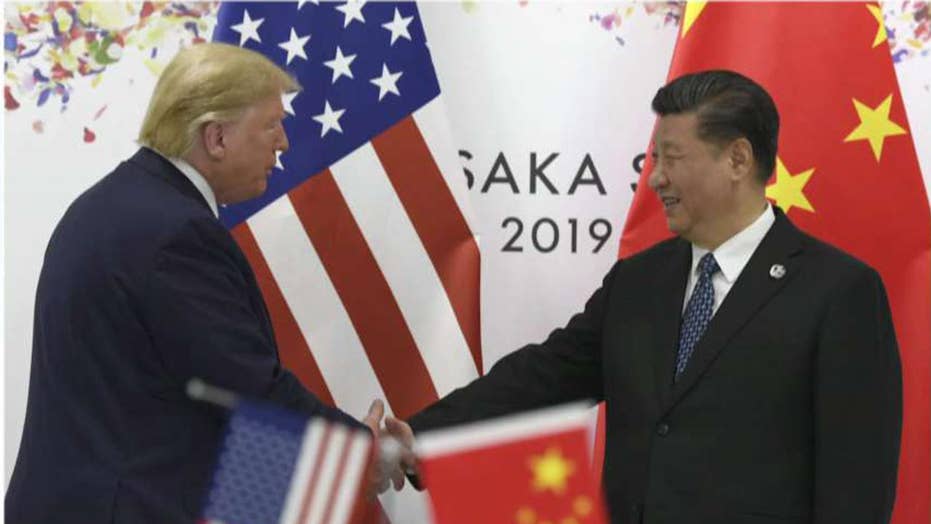 Following Saturday’s meeting between President Trump and Chinese President Xi Jinping at the G20 summit in Japan, it is clear that Trump’s strategic use of tariffs to end China’s rampant illegal trade cheating and intellectual property theft is putting pressure on the Chinese to negotiate a more balanced trade agreement.

It’s about time we had a president willing to stand firm and bargain hard with China to serve our national interest.

Trump’s tough stand and refusal to turn a blind eye to China’s misconduct has the potential to open the door to trade that is genuinely free and fair between the world’s two largest economies. This could lead to a sweeping trade agreement that would be one of the most important economic compacts in world history and benefit both nations for decades to come.

While the talks proceed and as a show of good will, Trump said he would not impose tariffs on an additional $300 billion in Chinese imports, as he had planned to do.

However, the U.S. president wisely said he will maintain tariffs he imposed earlier on $250 billion in Chinese products to keep the pressure on China to reach a fair trade deal with the U.S.  China imposed tariffs on $60 billion in U.S. products in response to Trump’s earlier tariffs.

“We discussed a lot of things, and we’re right back on track,” Trump said after he and Xi concluded their talks. “We had a very, very good meeting with China.” Trump said the talks went “even better than expected.”

In return for China’s agreement to buy more from our farmers, Trump agreed to allow

American companies to sell products to Chinese telecom giant Huawei Technologies. That’s a plus for the U.S. because it brings money from China into our country and supports jobs for American workers.

You would think even Trump critics would acknowledge that the president has made great progress in getting China to the negotiating table and open to reaching a final agreement. But sadly, the days when Democrats would support a Republican president negotiating with a global competitor seem to be a distant memory.

Trump’s tough stand and refusal to turn a blind eye to China’s misconduct has the potential to open the door to trade that is genuinely free and fair between the world’s two largest economies.

Senate Minority Leader Chuck Schumer, D-N.Y., made the point Saturday following the president’s obviously successful trip to Japan. Schumer criticized Trump for supposedly giving up “one of few potent levers we have to make China play fair on trade” by agreeing that American companies can sell products to Huawei.

Of course, China isn’t going to enter into an agreement where it gets nothing in return. In any negotiation, you have to give something to get something.

So what exactly did Trump give?  As stated by the president: “U.S. companies can sell their equipment to Huawei” but only “equipment where there’s no great national security problem with it.”

Trump neither conceded nor suggested that he was backing off plans to prohibit the import of Huawei equipment for U.S. 5G telecommunications networks. That issue is the main concern of America’s intelligence community.

There is nothing wrong with American companies generating more revenue to support American jobs by selling non-secure products to a large Chinese company. If that’s the best criticism Schumer and his allies have got, you have to feel pretty good about the way the negotiations are going for the Trump administration – and for America.

There will certainly be hard bargaining ahead to make long-overdue repairs to our trading relationship with China. We won’t know for certain if a deal will be reached until the talks conclude. But both parties are at the table and, importantly, all Americans can have confidence that President Trump will drive a hard bargain that prevents China from continuing to take advantage of our country with unfair and illegal practices.