With a strong potential for Republicans, who are a majority in the House, to take control of the Senate as well in the November midterm elections, President Obama had stern words for Latino and black voters.

They don’t step up to the plate, he said, in midterm elections. And that’s a big reason that Democrats don’t do well in these elections, he said.

"Our voters are younger, more unmarried women, more African-American and Latino voters," Obama said at a fundraising event in Houston on Wednesday for the Democratic Congressional Campaign Committee, according to The Washington Post. "They get excited about general elections; they don't get as excited about midterm elections."

Blacks and Latinos reliably cast their votes in presidential elections, Obama noted, but added: “We have this congenital disease, which is in midterm elections we don't vote at the same rates."

The Post said that Obama’s comments echoed the findings of a recent poll that showed that Latinos and blacks were less excited than Republicans in general about voting this year.

Latinos, blacks and Asians turned out in big numbers in the last two presidential elections.

Obama has told Democrats not to get too comfortable during mid-terms elections. Republicans have been hoping that the problems with Obamacare will hurt Democrats in November.

Contests in North Carolina, Georgia, Arkansas, Michigan and Louisiana will help determine control of the Senate, according to Roll Call.

Obama also addressed immigration at the fundraiser, which drew about 60 people and was held at the home of a trial lawyer.

The Senate passed a bipartisan immigration reform bill last year, but the effort has stalled in the House, where a conservative GOP faction has vowed not to support any measure that would give undocumented immigrants a chance to obtain legal status.

“We got a bipartisan vote out of the Senate, and yet we cannot even get a vote in the House of Representatives… not because it doesn’t make sense,” he said. “It’s not because there’s some serious dispute or technical difference in terms of policy.  It has to do with politics.” 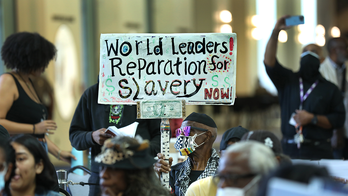