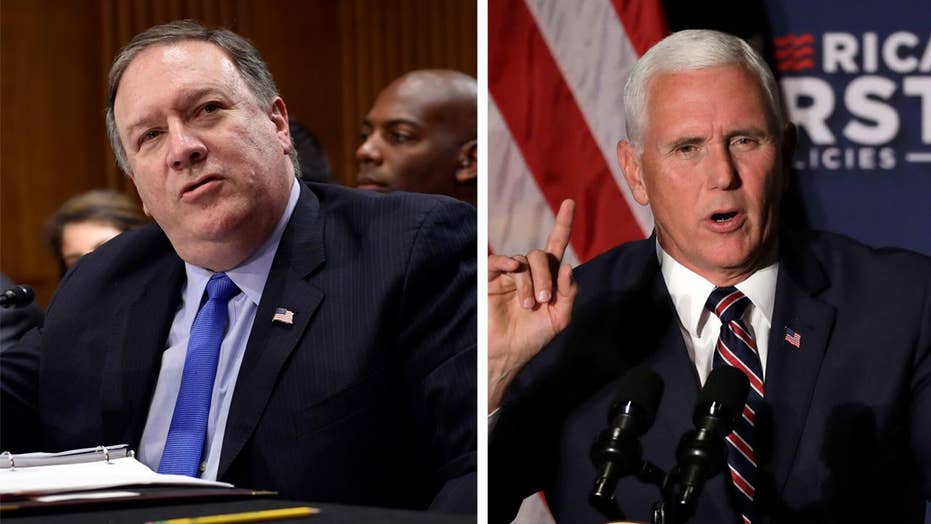 Vice president and secretary of state expected to talk about the advancement of religious freedom. Lauren Green reports.

The U.S. State Department wrapped up its three-day Ministerial for the Advancement of Religious Freedom on Thursday. And by all intents and purposes, it was the most important day, as the Trump administration put its stamp firmly on the event with the speeches this morning by Vice President Pence and Secretary of State Mike Pompeo.

The vice president used the occasion to make the administration's most ardent threats against Turkey for its detention of American Pastor Andrew Brunson.

Brunson, a 50-year-old evangelical pastor who's lived in Turkey for more than two decades, was rounded up President Erdogan's government and put in prison along with scores of others, after a 2016 failed coup attempt. He's charged with espionage and conspiracy, which the U.S. says are bogus and without merit. On Wednesday, he was moved from prison to house arrest – a welcome change of venue that U.S. officials say didn't go far enough.

The vice president has been a huge proponent of religious freedom, while President Trump, by including it in his campaign platform, made him extremely politically attractive to evangelicals. 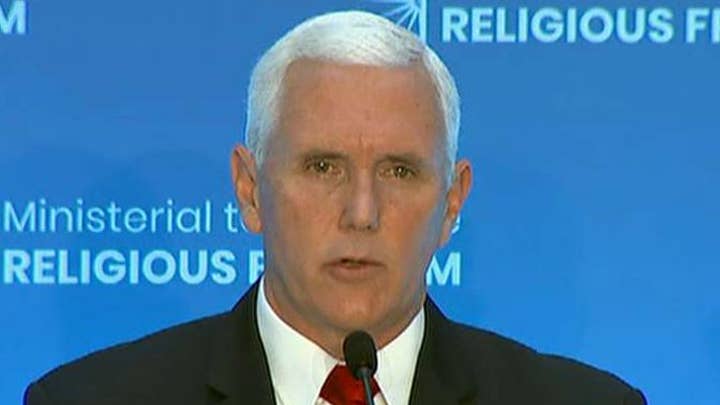 This ministerial, the first of its kind, brought together high senior officials, activists and NGO's from some 80 countries around the globe to look basically at three main issues:

On Wednesday, delegates heard an impassioned plea from the Archbishop of Mosul in Iraq, Nicodemus Daoud Matti Sharaf, who escaped just hours before ISIS rebels attacked his church.

"What happened was a genocide for us," he said. "Although they may have taken our dignity, they couldn't take our Lord from our heart!"

The delegates present gave him a standing ovation.

Earlier in the week, former U.S. legislator Frank Wolf also gave a heartfelt address, as he provided a global laundry list of religious freedom violations. Wolf, who Ambassador Sam Brownback called the architect of the Religious Freedom Act of 1998, talked about the genocide of the Rohingya Muslims in Burma, the slaughter of thousands of Christians in Nigeria and the burning of 900 churches there; the violence against the Yazidis in Iraq, and the growing anti-Semitism around the world, including in, ironically, Western Europe, the birthplace of the Holocaust.

Wolf quoted well-known theologian Dietrich Bonhoeffer, saying: "Silence in the face of evil... Is evil itself. And not to act is an act itself."

The ministerial may be ending, but according to Pence, the work is just beginning as officials look to "build on the momentum of the ministerial." He announced new initiatives that the U.S. is taking on. One of them earmarks millions of dollars in funds to combat religious persecution worldwide for the purpose of aiding victims and helping them return to their homes, like the displaced Christians in Iraq.

Wolf, probably summed up best what officials hope to achieve from the ministerial. That it is a way to speak openly about what many countries and governments have ignored.

The point, he said, is that now you cannot say: "You didn't know."