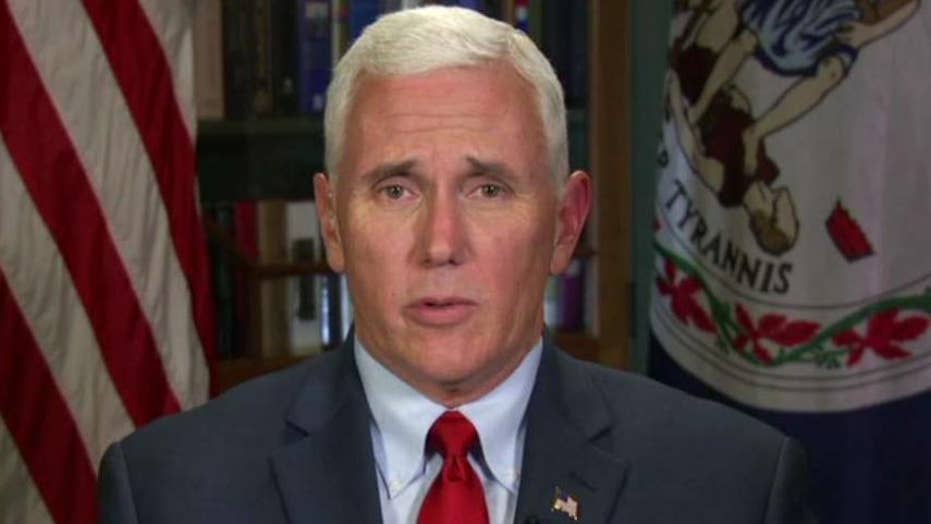 “Gennifer Flowers will not be there,” Pence, the governor of Indiana, told “Fox News Sunday.” “The tweet was actually mocking effort by Hillary Clinton and her campaign to distract voters.”

The uproar about inviting Flowers, the woman with whom Clinton's husband, former President Bill Clinton, had a sexual encounter, started last week.

A Clinton aide later told CNN that the Democratic presidential nominee’s campaign had indeed invited Cuban, which prompted Trump to tweet Saturday that he had invited Flowers to the debate Monday night at Hofstra University, in Long Island, N.Y.

Bill Clinton admitted in 1998 to having a sexual encounter with Flowers.

Flowers has said she had a long-running affair with Clinton when he was governor of Arkansas.

Pence said Cuban, an investor on the reality TV show “Shark Tank" and who has endorsed Clinton, has routinely “mocked and humiliated” his running-mate.

“Donald Trump is not about that,” continued Pence, who also said Trump, the Republican presidential nominee, wants the three presidential debates to be about issues and policy.

“Hillary Clinton thinks this is an episode of “Shark Tank,” but this is serious business,” he said.