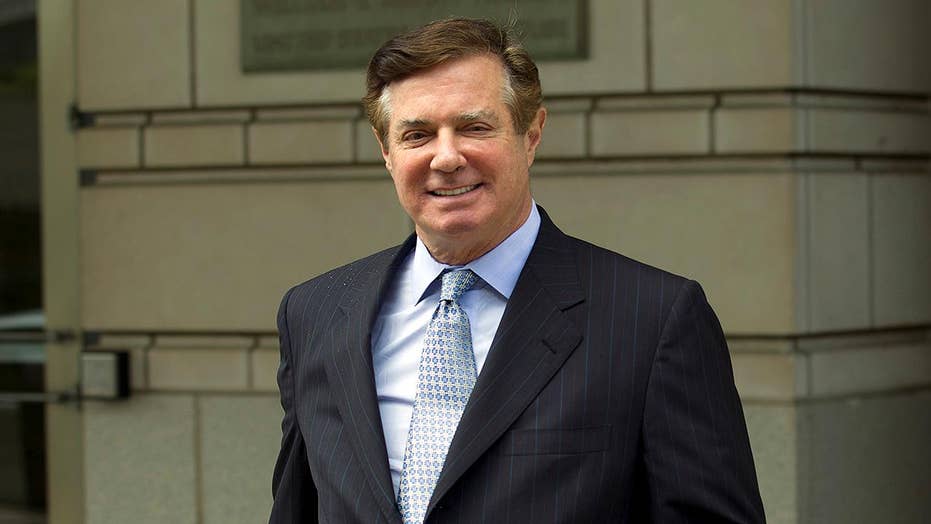 Former Trump campaign manager Paul Manafort is sent to jail as questions continue about whether or not Trump should be interviewed by Mueller; reaction on 'Hannity.'

Paul Manafort, the former Trump campaign manager who was sent to jail in June for allegedly tampering with witnesses in the special counsel investigation, is being held in solitary confinement in a Virginia prison cell for 23 hours a day, his lawyers said on Friday.

Manafort, according to his lawyer, is being secluded because correctional officials “cannot otherwise guarantee his safety.”

He was sent to jail on June 15 pending trial after pleading not guilty to charges filed by the special counsel, which alleged that he and his associate, Konstantin Kilimnik, of Moscow, obstructed justice in the Russia investigation.

Manafort has asked a federal appeals court to order his release from custody pending his separate upcoming federal trials, the earliest of which starts in Virginia later in July.

Meanwhile, Manafort's attorney filed a motion Friday requesting a change of venue and "other relief relating to jury selection." The motion cited a concern about "pretrail publicity" possibly affecting the trial.

Prison officials earlier indicated that Manafort was being held in a special isolated area of the prison. Manafort seeks to be released, his lawyers said, to better prepare for those criminal trials.

A D.C.-based federal judge last month had ordered Manafort jailed for violating terms of his bail.

"You have abused the trust placed in you six months ago," Judge Amy Berman Jackson said to Manafort at the trial, adding that she could not "turn a blind eye" to the special counsel's new allegations of witness tampering.

Manafort is one of four Trump campaign or White House aides to have been charged in Mueller's investigation. Three others — George Papadopoulos, Michael Flynn and Rick Gates — have pleaded guilty and agreed to cooperate with investigators.