Illinois Democratic Rep. Luis V. Gutierrez does not expect immigration reform to become a reality until 2015 at the earliest. (Efe)

I have been the most vocal and visible critic of President Obama in either party over his handling of the immigration issue.

Since he took office, deportations have skyrocketed to more than 1,100 per day and over 1 million people have been deported.

Under this President, the program known as "Secure Communities" that enlists state and local law enforcement in identifying individuals for deportation went from being a small, voluntary program to being a mandatory federal requirement for all states and localities, and is a big part of the increase in deportations while driving a wedge between immigrant communities and their local police.

The National Guard was deployed at the border -- again.

And a flawed program called E-Verify to electronically check the eligibility of every citizen and non-citizen for employment was expanded drastically to include all government contractors.

All of this is happening when the dynamics of immigration have changed radically because of the economy.

The population of undocumented immigrants is declining for the first time in four decades, and illegal entry has sharply declined as opportunity dries up in a stagnant economy with high unemployment.

Overall, immigration from Mexico has actually reversed course, and the population of Mexican-born immigrants in the U.S. is declining for the first time in six decades.

Meanwhile, being "tough on illegal immigration" is still seen by many politicians as politically essential, and the nation has failed to chart a new course on immigration, despite the changing reality and a President who promised change and, specifically, change on the immigration issue.

I am frustrated -- and I suspect the President and other Democrats are too -- because our national policy on illegal immigration is based on a fantasy: that most or all of the 11 million undocumented immigrants in the U.S. will leave this country by force or will voluntarily leave through prolonged discouragement.

It is a fantasy that has driven our national approach to illegal immigration for three decades and is still driving the policy today.

Republicans, who have abandoned any attempt to work with Democrats or President Obama on immigration,  make things worse by polarizing the immigration issue and ensuring gridlock.

But the fantasy of mass expulsion is unattainable.

It is a huge drain on our treasury that undermines our ability to deploy resources to defend our borders, secure our nation, and stimulate our economy in an effective and realistic way.  It delays the fixes to our immigration system that would have a genuine impact on eliminating illegal immigration.

First and foremost, the gridlock prevents us from having a legal immigration system that functions properly as an alternative to the black market so that people come with vetting, permission, and visas within realistic limits in the first place.

The gridlock perpetuates the two-tiered economy where some workers are protected by basic labor rights while other workers are not, making things worse for both sets of workers and allowing employers to compete unfairly.

It creates incentives to go around our legal immigration system rather than through it because visas are generally not available and, when they are, can take years and sometimes decades to obtain.

Our laws, based on the mass expulsion fantasy, actually prevent undocumented immigrants who could be eligible for legal status under current law from leaving and coming back legally.  This keeps people who live, work, and raise families here out of the system and off the books, when we should be promoting policies that do just the opposite.

The resulting deportations have caused enormous pain in immigrant communities for citizens, legal permanent residents, and the undocumented alike.

In my office, I hear regularly from young people who were raised in this country from a very young age, but are vulnerable to deportation because we have no way to accommodate them.

I hear from military families where the spouses or parents of active duty military are facing deportation.  I toured the country to hear these stories and to tell President Obama that immigrants who want to play by the rules and are contributing to our society should be allowed to stay.

He was granted powers by Congress under current law to determine who is a top priority for deportation and who is not and he has been reluctant to use them.

So far, the President has not issued any blanket policies to grant a stay of deportation for even the most sympathetic groups of immigrants, but there has been an important improvement.

Then, yesterday, the Obama Administration announced that those guidelines would apply to the entire Department of Homeland Security (DHS) and that the 300,000 or more open deportation cases would be reviewed based on these guidelines to see if any of the low-priority cases could be put aside temporarily while the high priority cases are pursued.

Even if you care nothing about deserving immigrants who were raised in this country and have never violated the law, you should be pleased with the announcement made by the Obama Administration.

Prioritizing the deportation of immigrant criminals and setting up a process to remove some long-term non-criminal immigrants from the deportation backlog is an essential step in community safety, law-enforcement, and national security and will make us more economically secure, as well.

Focusing scarce resources on deporting serious criminals, gang bangers, and drug dealers and setting aside non-criminals with deep roots in the U.S. until Congress fixes our laws is the right thing to do and I am proud of the President for standing up for a more rational approach to enforcing our current immigration laws.

It is not in our national interest to send away young people who were raised in the U.S. and have been educated here and want only to contribute to this country's success.

It shows that this President is willing to put muscle behind his words and to use his power under current law to intervene when the lives of good people are being ruined by bad laws.

This action does not address all of my concerns, but it is the start of a process that will save many American families and individuals who deserve to live long and productive lives in our country. It will also help ensure that our court system, detention facilities, and deportation dollars are being spent in a targeted and efficient manner that makes the streets of the U.S. safer.

There is still a need for the Congress to act and for Republicans to stop hiding from the immigration issue or using it as a tool to inflame divisions.

Given our current state of politics, this is not very likely before the next election.  But I am proud that advocates raised the issue of deportations and that the Obama Administration has responded with a significant step in the right direction.

The Hon. Luis Gutiérrez represents the Fourth district of Illinois in the US House of Representatives. 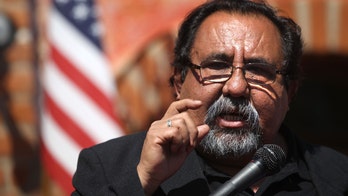