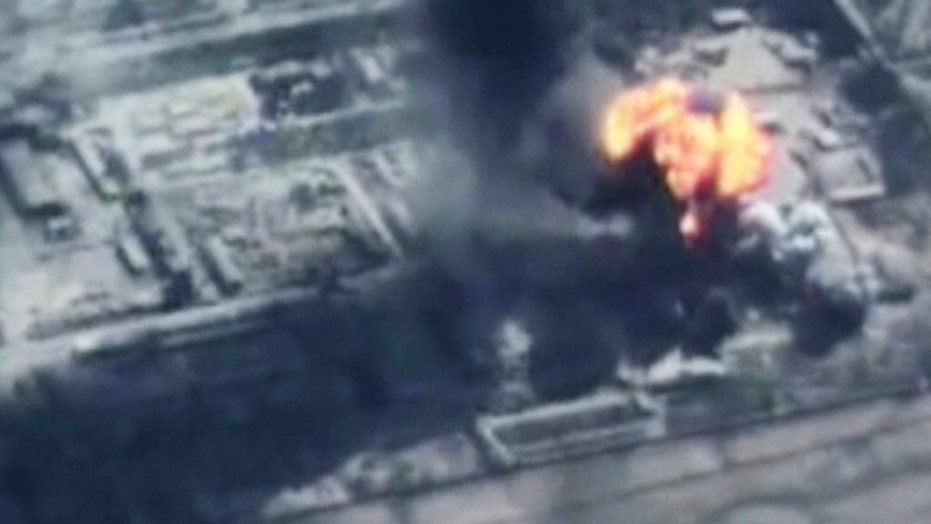 A senior U.S. official told Fox News on Tuesday that the Assad regime in Syria "indirectly" receives information about U.S.-led coalition airstrikes against the Islamic State -- even as the White House publicly denied U.S.-Syria coordination.

The claims come after Syrian President Bashar Assad told the BBC his government has received "information" about the airstrikes. He denied any direct coordination between the U.S. and Syria, but said messages about airstrikes were being conveyed to Damascus by third parties, including the Iraqi government.

"Sometimes they convey [a] message, [a] general message, but there's nothing tactical," Assad said. "There is no dialogue. There's, let's say, information, but not dialogue."

Officially, the Pentagon and White House will not confirm this arrangement. White House Press Secretary Josh Earnest on Tuesday went so far as to say: "The United States is not coordinating our action with the Syrian government, and we're not going to."

But a senior U.S. official appeared to back up Assad's claim.

The official told Fox News the Assad regime indirectly gets targeting information via the Iraqi government.

Asked about the airstrikes, State Department spokeswoman Jen Psaki joined Earnest in denying any coordination between the U.S. and Syria. But asked about the possibility of indirect coordination through neighbors like Iraq, she said it should not be surprising that Iraq has relations with its neighbors.

Earnest, asked about Assad's claims, did not acknowledge even indirect coordination during Tuesday's briefing. But he appeared to leave the door open, clarifying, "There has been no coordination as it relates to the specific details of our military operations."

Earnest also acknowledged that, when U.S.-led airstrikes began last year, the U.S. ambassador to the U.N. conveyed the decision to Syria's representative.

"What was made clear in that communication is that it's the responsibility of the Syrian government to, put it bluntly, stay out of the way," Earnest said.

Pentagon spokesman Rear Adm. John Kirby said flatly the U.S. is not "directly" or "indirectly" coordinating with Assad. He said, though, he can only speak for the U.S. military and referred questions on possible sharing by the Iraq government to Baghdad.

The questions over U.S.-Syria coordination underscore the complicated geopolitics of the U.S.-led intervention. As a matter of policy, the Obama administration wants Assad to go, but is now effectively aiding Assad in striking against a common enemy, the Islamic State.

Now, coalition jets share the skies with Assad's own air force, which also targets the terror group, commonly known as ISIS. However, Assad told the BBC that he would not formally join the coalition, which includes Jordan, Saudi Arabia, Bahrain, Qatar, and the United Arab Emirates.

"No, definitely we cannot and we don't have the will and we don't want, for one simple reason -- because we cannot be in an alliance with countries which support terrorism," Assad said, in an apparent reference to the moderate Syrian rebels, which are supported by the United States. Assad also said that he would refuse to discuss action against ISIS with U.S. officials because, he said, "they don't talk to anyone, unless he's a puppet.

"And they easily trample over international law, which is about our sovereignty now, so they don't talk to us, we don't talk to them."

Assad also dismissed efforts to arm and train a force of moderate rebels to fight ISIS on the ground in Syria as a "pipe dream."

The Wall Street Journal reported last month that the program to arm and train Syrian rebels, run by the CIA, had been beset by issues, including weapons shipments that were between 5 and 20 percent of what was requested by rebel commanders.

Meanwhile, the United Arab Emirates launched airstrikes Tuesday against ISIS from an air base in Jordan, marking its return to combat operations against the militants after halting the strikes late last year.