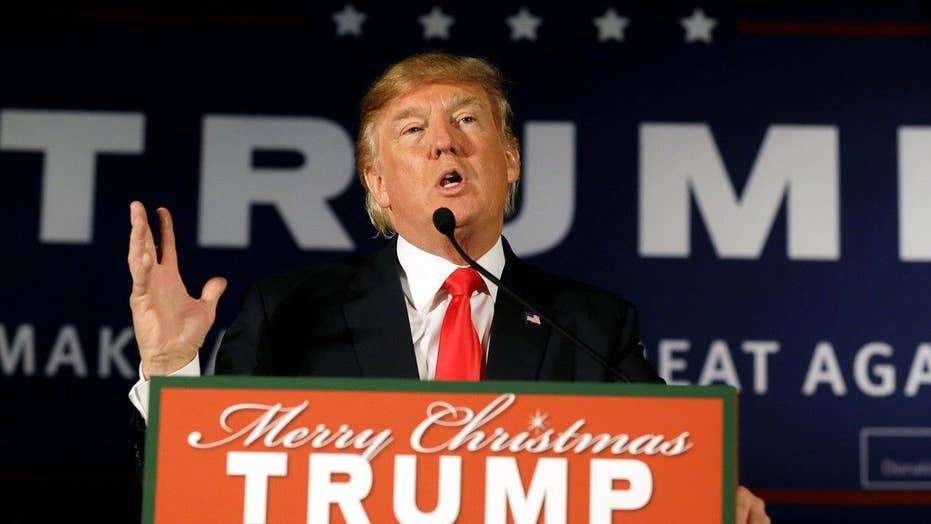 President Obama used a radio interview to accuse Donald Trump of “exploiting” economic woes to tap into voter “fear” and “frustration,” in some of his most direct criticism to date of the Republican primary front-runner seeking to replace him.

The president made the comments in a wide-ranging interview with NPR that aired Monday, as Obama began his holiday vacation in Hawaii.

In seeking to explain Trump’s appeal, he pointed to “economic stresses” – from the financial crisis, technology and globalization – and “flatlining” wages.

He said “particularly blue-collar men have had a lot of trouble in this new economy, where they are no longer getting the same bargain that they got when they were going to a factory and able to support their families on a single paycheck, you combine those things and it means that there is going to be potential anger, frustration, fear.

“Some of it justified but just misdirected,” Obama said. “I think somebody like Mr. Trump is taking advantage of that. That's what he's exploiting during the course of his campaign.”

With this explanation, Obama appeared to acknowledge that the U.S. economy still has not turned around for many blue-collar workers – a theme that candidates like Sen. Bernie Sanders, on the Democratic side, also are running on.

But the comments marked some of Obama’s most detailed criticism of Trump’s strategy in the Republican race.

Asked to expand on his claims – and speak to concerns in some corners that Obama is trying to change the country in an unwelcome way -- Obama got into a contentious exchange with NPR’s Steve Inskeep that touched on the issue of race.

Obama suggested there are “certain circumstances around being the first African-American president that might not have confronted a previous president.” He also pointed to “specific strains in the Republican Party that suggest that somehow I'm different, I'm Muslim, I'm disloyal to the country, etc., which unfortunately is pretty far out there and gets some traction in certain pockets of the Republican Party.”

But he added: “But that's not to suggest that everybody who objects to my policies may not have perfectly good reasons for it.”

“I think that there is a legitimate criticism of what I've been doing and our administration has been doing in the sense that we haven't, you know, on a regular basis I think described all the work that we've been doing for more than a year now to defeat ISIL,” he said.

But he defended the strategy, and touted the 9,000 strikes carried out against ISIS to date.

“And so part of our goal here is to make sure that people are informed about all the actions that we're taking,” he said.