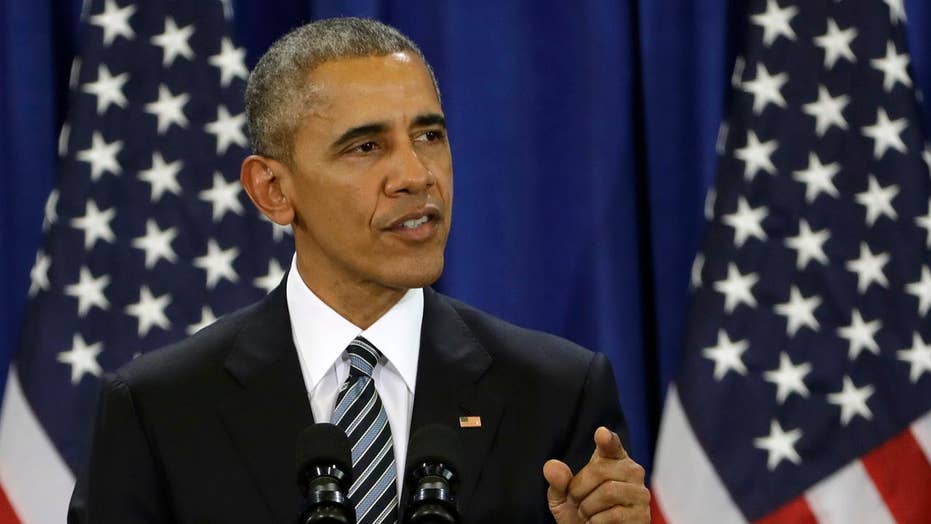 Will Obama end his term with a flourish of pardons?

Several high profile applicants are seeking clemency in the remaining weeks of his presidency; Kevin Corke explains on 'Special Report'

President Obama on Monday pardoned 78 people and granted another 153 commutations, amounting to the most acts of clemency granted by a U.S. president ever in a single day.

White House Counsel Neil Eggleston announced the decisions in an official blog post. He described all the individuals being pardoned or seeing their sentences shortened as “deserving.”

“The 231 individuals granted clemency today have all demonstrated that they are ready to make use – or have already made use – of a second chance,” he wrote.

He also previewed additional clemency decisions in the weeks ahead, saying: “I expect that the President will issue more grants of both commutations and pardons before he leaves office.”

The decisions could fuel criticism from the right, following a presidential campaign in which winner Donald Trump hammered a law-and-order message and suggested authorities were too soft on crime.

But Obama has been granting commutations at rapid-fire pace in his final months in office, focusing primarily on shortening sentences of those convicted of drug offenses rather than pardons.

Pardons amount to forgiveness of a crime that removes restrictions on the right to vote, hold state or local office, or sit on a jury. The pardon also lessens the stigma arising from the conviction.

Eggleston said Obama has now pardoned a total of 148 people during his presidency and has shortened the sentences of 1,176 people, including 395 serving life sentences.

Eggleston said each clemency recipient's story is unique, but a common thread of rehabilitation underlies all of them. Pardon recipients have shown they have led a productive and law-abiding post-conviction life, including by contributing to the community in a meaningful way, he said.

The commutations were announced as Obama vacations in Hawaii during the holidays.

Many of those on Obama’s list Monday had been sentenced on drug-related convictions. Groups that have urged the president to use his clemency powers cheered the decision, urging him to go further in the waning days of his administration.

“As the clock counts down on the Obama administration, the need for commutations of these non-violent drug offenders -- and many more like them -- is more important than ever,” Jessica Jackson Sloan, national director of #cut50, said in a statement.