Internal disputes at NRA amid calls for gun control

The NRA’s rivals on the right sense an opening amid the chaos.

As the National Rifle Association grapples with the drama inside the country’s most powerful gun-rights organization – and Democrats ramp up their gun control push – other gun-rights groups that have long existed in the NRA's shadow are working to raise their profiles.

For months, the NRA has been immersed in its own problems, seeing top leaders exit and facing questions about its money management. A Fox News poll released last week indicated the organization, for the first time, has a net negative rating from voters.

FOX NEWS POLL: MOST BACK GUN RESTRICTIONS AFTER SHOOTINGS

"The Second Amendment Foundation and the Citizens Committee for the Right to Keep and Bear Arms both are getting many requests to build a backstop in case NRA turmoil creates a void," Alan Gottlieb, of the Second Amendment Foundation, told Fox News. "We are working with politicians, grassroots activists and many former and current NRA directors and employees to make that happen."

Another pro-gun group, Gun Owners of America, talked up its efforts to fight gun control measures, telling Fox News the organization’s staff is “pounding the halls of Congress, urging lawmakers to vote down gun control, and to instead pass legislation encouraging concealed carry." 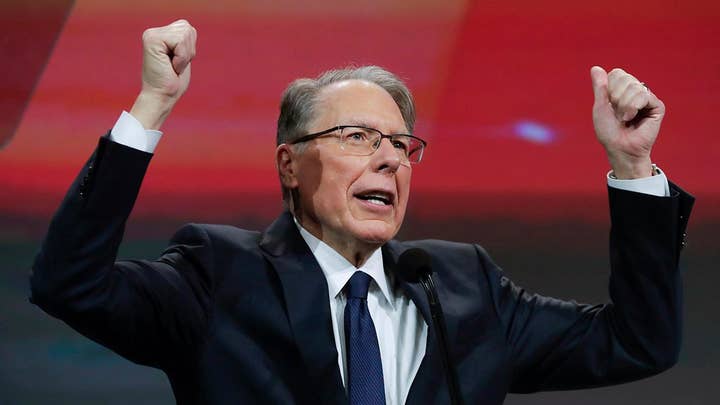 "Gun Owners of America and our members have generated more than two million letters to Senate offices, urging them to hold the line in defense of Second Amendment-protected rights,” said the organization's senior vice president, Erich Pratt.

While the smaller rivals see an opening, they face a big challenge in raising the massive amount of money the NRA does: According to reports, the NRA brought in $412 million and spent a total of $423 million last year.

But in recent months, the NRA cut ties with its president, Oliver North; its top lobbyist, Chris Cox; and its ad agency, Ackerman McQueen. It also shut down production of its online program, NRATV. Meanwhile, New York Attorney General Letitia James has launched an investigation into the group’s finances, and Washington D.C.'s attorney general has sought financial documents from the NRA.

The Wall Street Journal also recently reported past plans for the organization to buy a $6 million mansion in Dallas for NRA CEO Wayne LaPierre. And on Tuesday, it was reported that NRA board member Richard Childress, a former NASCAR driver, became the fifth member of the organization’s board to resign.

Other pro-gun groups portray themselves as lacking the drama – and the expensive taste.

Dudley Brown, the president of the National Association for Gun Rights, told Politico. “As an organization, we don’t use Gucci-loafered lobbyists in Washington, D.C. in $200,000 wardrobes to grease the palms of weak-kneed politicians to vote right."

He also told Fox News: “We activate our members to do that lobbying for us and for them. That’s the power in a grassroots lobby and NRA lost that a long time ago.”

It’s not just pro-Second Amendment organizations: gun control groups also are trying to take advantage of the NRA’s troubles too.

“With the NRA in turmoil, and facing potentially huge financial fallout as their non-profit status is being challenged by at least two state AGs, the time is now for gun owners and non-gun owners alike to demand that the NRA, legislators, and our president put the safety of Americans before gun industry profits," Kris Brown, of Brady (formerly known as the Brady Campaign to Prevent Gun Violence), told Fox News. 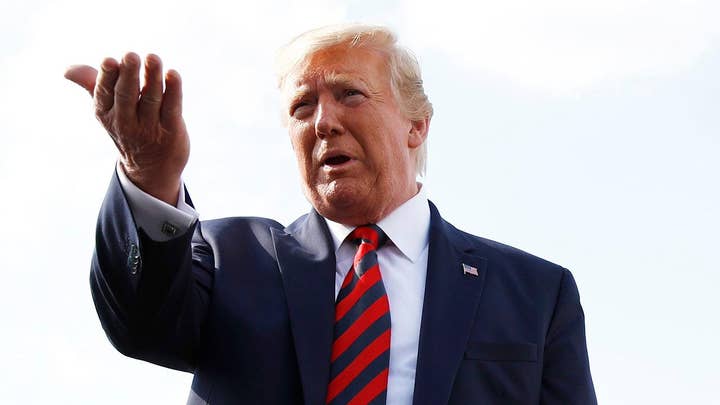 The NRA defended its work in a statement to Fox News on Tuesday, saying, “No other organization in the country has been more successful at promoting and protecting gun rights and no other gun organization has a presence in all 50 states like the NRA.”

“The NRA’s enormous strength lies in the passion and commitment of our more-than five million members,” a spokeswoman for the group said. “Because of them, and what their support allows us to do, we’re on the frontlines every day in local municipalities, statehouses across the country, and in the halls of Capitol Hill.”

The NRA added: “Our members educate themselves, communicate with their lawmakers, and vote.”

To be sure, the organization still has the ear of the president.

On Tuesday, Trump spoke by phone with the NRA's LaPierre, who said they "discussed the best ways to prevent these types of tragedies." The Atlantic reported that Trump told LaPierre universal background checks are off the table, but Trump pushed back Wednesday, saying he didn't commit to that and still wants “to close loopholes.”

In another sign that such measures may still be on the table, Trump tweeted Thursday that he's talking with members of both parties, as well as survivors and the NRA and others, on "preventing Mass Shootings."

LaPierre, meanwhile, maintains his grip on power at the organization, as detailed in a fresh New York Times piece.

Democrats are expected to crank up their gun control push when they get back from the summer recess, as Fox News polling shows bipartisan majorities of voters favoring background checks on gun buyers and taking guns from people who are a danger to themselves or others.