In the wake of two mass shootings, overwhelming and bipartisan majorities of voters favor background checks on gun buyers and taking guns from people who are a danger to themselves or others, according to the latest Fox News Poll. Two-thirds also support a ban on “assault weapons,” although that majority is largely driven by Democrats.

But asked to choose one or the other, voters would rather live in a country where gun ownership is legal than one where guns are banned.

The poll was conducted August 11-13, about a week after mass shootings involving assault-style weapons in El Paso, Texas and Dayton, Ohio. The alleged El Paso shooter reportedly penned an anti-immigrant manifesto. The motive of the alleged Dayton shooter is unknown.

An equal number, 56 percent, place a great deal of blame for mass shootings on easy access to guns and a lack of services for mentally ill people with violent tendencies.  Four in 10 blame expressions of white nationalism (40 percent) and inadequate parenting (39 percent). About a third point to sentiments expressed by President Trump (34 percent) and anti-immigrant sentiment (33 percent). Less than a quarter say violent video games (23 percent) and sentiments expressed by Democratic political leaders (15 percent).

When voters are asked to say in their own words why mass shootings happen more often in the U.S. than elsewhere, their top three responses are: access to guns (35 percent), mental health issues (22 percent), and Trump rhetoric (10 percent).

On specific measures to reduce gun violence, there’s broad support for requiring criminal background checks on all gun buyers (90 percent) and passing “red flag” laws that allow police to take guns from people shown to be a danger to themselves or others (81 percent).

Fewer, although still a sizable 67 percent majority, favor banning assault rifles and semi-automatic weapons. That’s up from 60 percent in 2018.  Support includes over half of those living in a gun-owner household (53 percent). Over half of independents (58 percent) and an overwhelming majority of Democrats (86 percent) favor a ban.  Republicans split 46-46 percent, which is a shift from 2018 when it was 41 favor vs. 56 oppose.

Some 71 percent think the government has the ability to reduce gun violence, yet only 18 percent feel it’s extremely or very likely Congress will act this year -- and 42 percent say there’s no chance at all.

In addition, more than three times as many believe a mass shooting by an American citizen is a bigger threat than a terrorist attack by Islamic terrorists (60-17 percent). And 32 percent are less likely to attend a large-scale event since the recent shootings -- that’s 12 points higher than the 20 percent who felt that way after 9/11 (October 2001).

Still, by a 57-34 percent margin, voters would rather live in a country where guns are legal, and 38 percent report someone in their household owns a gun.

Meanwhile, the president’s job ratings are increasingly negative in the shooting aftermath, as 59 percent say Trump is “tearing the country apart,” compared to 31 percent who feel he’s “drawing the country together.” Two years ago it was 56-33 percent (August 2017).

Overall, 56 percent of voters disapprove of Trump’s performance, up from 51 percent in July. Record numbers of men (53 percent), white men (46 percent), and independents (64 percent) disapprove. His disapproval rating has only been higher once: 57 percent in October 2017.

Currently, 43 percent of voters approve of Trump, down from 46 percent last month.

The National Rifle Association receives similar marks: 42 percent have a favorable view, down from 49 percent in 2018. Forty-seven percent have an unfavorable opinion. This is the first time the organization has had a net negative rating. Positive views of the NRA are also down among gun-owner households: 56 percent versus 67 percent last year.

The mood of the electorate is blah.

Fifty-nine percent of voters are unhappy with the way things are going in the country. That’s higher than the 53 percent who were dissatisfied at Trump’s 100-day mark (April 2017). Among partisans, Republicans (73 percent) alone are satisfied, as most Democrats (86 percent) and independents (63 percent) are dissatisfied.

When thinking about their personal finances, 50 percent say they are “holding steady,” 26 percent “falling behind,” and 22 percent “getting ahead.” That’s unchanged since 2018.

Most voters either disapprove (51 percent) of Trump’s tweeting or wish he would be more cautious (31 percent). Sixteen percent approve.

Conducted August 11-13, 2019 under the joint direction of Beacon Research (D) and Shaw & Company (R), this Fox News Poll includes interviews with 1,013 randomly chosen registered voters nationwide who spoke with live interviewers on both landlines and cellphones. The poll has a margin of sampling error of plus or minus three percentage points for all registered voters. 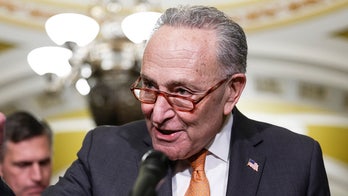