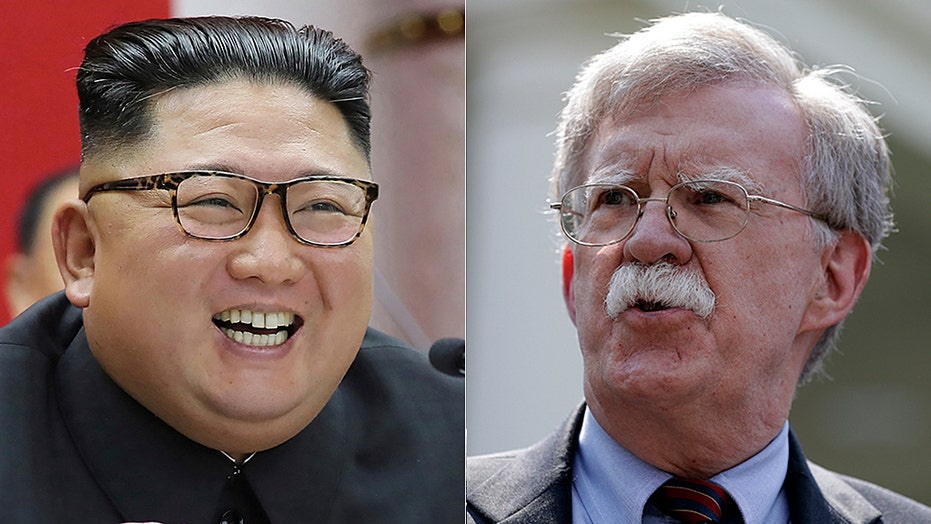 Kim's cryptic remarks about the United States receiving a "Christmas gift" from North Korea had already stirred speculation, about the rogue nation planning to test the viability of an intercontinental ballistic missile, which could have the potential to deliver a nuclear warhead.

He then stoked fears of conflict on Tuesday when he spoke to party leaders, claiming he is no longer obligated to comply with a previously self-imposed moratorium on testing nuclear weapons and intercontinental ballistic missiles.

"How to respond to Kim Jong Un’s threatening New Year’s remarks? The U.S. should fully resume all canceled or down-sized military exercises in South Korea," he tweeted. "Hold Congressional hearings on whether US troops are truly ready to “fight tonight.”

Kim also warned of a “new strategic weapon" on Tuesday, and accused the U.S. of making "gangster-like demands."

“The world will witness a new strategic weapon to be possessed by the DPRK in the near future,” he said,

President Donald Trump told reporters at Mar-a-Lago in Florida on Tuesday that he has a good relationship with Kim and expects the North Korean leader to stand by his word.

“But he did sign a contract," the president added. "He did sign an agreement talking about denuclearization. And that was signed. ... I think he’s a man of his word."

In June, Trump made history by becoming the first sitting U.S. president to set foot in North Korea when he met with Kim face-to-face.