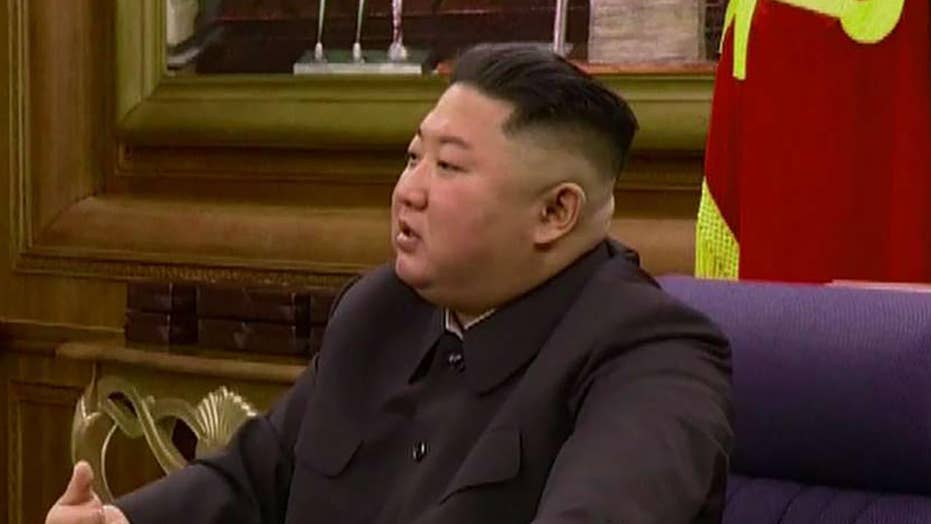 North Korea has already tested over a dozen short-range missiles in 2019 after testing none in 2018; Lucas Tomlinson reports from the Pentagon.

North Korea’s vague threats of a potential year-end provocation – what the regime has dubbed a “Christmas gift” – have analysts and ex-officials urging the Trump administration to consider tougher treatment toward Pyongyang in 2020.

Kim Jong Un’s regime wants sanctions eased by the end of the year, and its warnings have prompted speculation they could be planning a new missile test, possibly of an intercontinental ballistic missile capable of delivering a nuclear warhead.

President Trump, asked Tuesday in Florida whether he’s concerned about a long-range missile test, quipped that perhaps the dictator is planning a nice gift.

"We'll see what happens. Let's see. Maybe it's a nice present, maybe it's a present where he sends me a beautiful vase as opposed to a missile test ... you never know," he said.

A token of appreciation is, of course, unlikely – ever since nuclear talks stalled following a failed February summit between Trump and Kim. 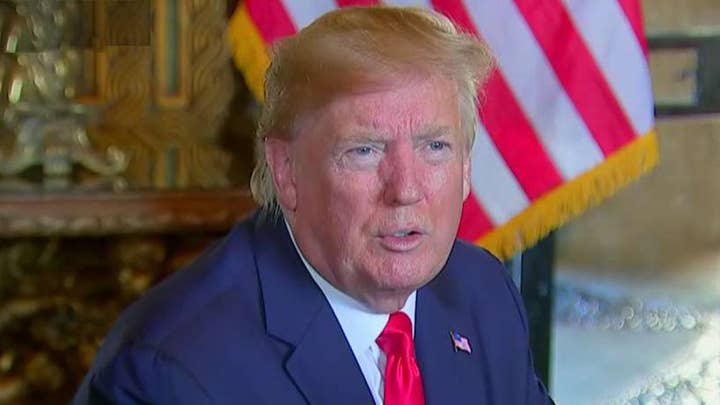 North Korea may be considering several options. Officials say the regime could instead test any range of components used for intercontinental ballistic missiles, only mounted on shorter-range missiles. One official said the intelligence is “murky.”

A new satellite image of a factory where North Korea makes military equipment used to launch long-range missiles shows the construction of a new structure.

Gordon Chang, Asia analyst and author of “The Coming Collapse of China,” said it is unclear what exactly Kim might do but it won’t be “something good.”

He anticipated Kim Jong Un will use a new year’s address to say denuclearization is off the table – and urged Trump to respond swiftly if so, with action over insults.

“The insulting really doesn’t help,” he told Fox News' "America's Newsroom," referring to the infamous bout of name-calling between the two back in 2017. “What the United States needs to do at this point is actually to start to robustly enforce sanctions.” 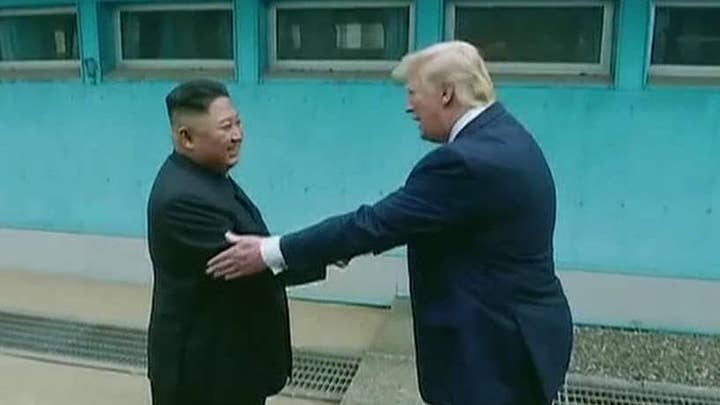 Chang said Kim has not “reciprocated the good will from” Trump, “so it’s time for President Trump to actually make Kim hurt.” He urged the U.S. to cut off the flow of money and resources to North Korea by going after countries like China flouting sanctions.

“I think that it’s time for President Trump to lower the boom” on North Korea and its sponsors, he said.

In a jarring interview, former Trump national security adviser John Bolton recently told Axios that the administration is not actually applying “maximum pressure” to North Korea. He panned what he described as a “rhetorical policy” that states the regime cannot have nuclear weapons that could hit America – and urged tougher action if Kim defies the U.S.

For instance, he said the Navy could intercept oil being illegally sent to North Korea. He told Axios he hopes the U.S. would say, “We're going to go back now and make it clear that in a variety of steps, together with our allies, when we say it's unacceptable, we're going to demonstrate we will not accept it.”

“The first is the military option and with a wide range, which might include resuming military training exercises, some of which we’ve halted, it could include additional deployments of U.S. military personnel, missile defense or even potentially surgical strikes,” Hoffman said. “Secondly you've got diplomacy and third, sanctions.”

Hoffman said the U.S. is not only focused on North Korea, but also on the country’s allies, Russia and China, “which have enabled North Korea to evade those sanctions and made it harder for us to press ahead with that maximum economic pressure we thought would induce North Korea to come to the negotiating table.”

He said Trump should keep the diplomacy option open, but consider all available other options – for North Korea, but also China – to get the situation back on course.

Fox News’ Lucas Tomlinson and Talia Kaplan and The Associated Press contributed to this report.