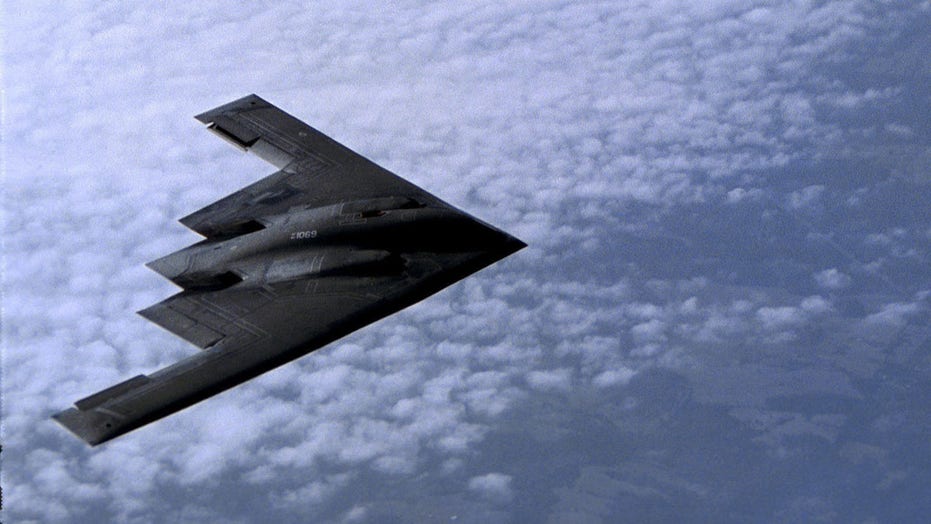 The Air Force is test-dropping an upgraded, multi-function B61-12 nuclear bomb which improves accuracy, integrates various attack options into a single bomb and changes the strategic landscape with regard to nuclear weapons mission possibilities.

The B61-12 adds substantial new levels of precision targeting and consolidates several different kinds of attack options into a single weapon. Instead of needing separate variants of the weapon for different functions, the B61-12 by itself allows for earth-penetrating attacks, low-yield strikes, high-yield attacks, above surface detonation and bunker-buster options.

The latest version of the B61 thermonuclear gravity bomb, which has origins as far back as the 1960s, is engineered as a low-to-medium yield strategic and tactical nuclear weapon, according to nuclearweaponsarchive.org, which also states the weapon has a “two-stage” radiation implosion design.

“The main advantage of the B61-12 is that it packs all the gravity bomb capabilities against all the targeting scenarios into one bomb. That spans from very low-yield tactical “clean” use with low fallout to more dirty attacks against underground targets,” Hans Kristensen, Director of the Nuclear Information Project, Federation of American Scientists, told Warrior Maven in an interview last year.

Air Force officials describe this, in part, by referring to the upgraded B61-12 as having an “All Up Round.”

The B61 Mod 12 is engineered with a special “Tail Subassembly” to give the bomb increased accuracy, giving a new level of precision targeting using Inertial Navigation Systems, Kristensen said.

The evidence that the B61-12 can penetrate below the surface has significant implications for the types of targets that can be held at risk with the bomb.

By bringing an “earth-penetrating” component, the B61-12 vastly increases the target scope or envelope of attack. It can enable more narrowly targeted or pinpointed strikes at high-value targets underground - without causing anywhere near the same level of devastation above ground or across a wider area.

“A nuclear weapon that detonates after penetrating the earth more efficiently transmits its explosive energy to the ground, thus is more effective at destroying deeply buried targets for a given nuclear yield. A detonation above ground, in contrast, results in a larger fraction of the explosive energy bouncing off the surface,” Kristensen explained.

The testing and integration of the B61-12 is one piece of a massive, fleet-wide B-2 upgrade designed to sustain the bomber into coming years, until large numbers of the emerging B-21 Raider are available. A range of technical modifications are also intended to prepare the 1980s-era bomber for very sophisticated, high-end modern threats.

The B-2 is getting improved digital weapons integration, new computer processing power reported to be 1,000-times faster than existing systems and next-generation sensors designed to help the aircraft avoid enemy air defenses.

One of the effort’s key modifications is designed to improve what’s called the bomber’s Defensive Management System, a technology designed to help the B-2 recognize and elude enemy air defenses, using various antennas, receivers and display processors.

The Defensive Management System is to detect signals or “signatures” emitting from ground-based anti-aircraft weapons, Air Force officials have said. Current improvements to the technology are described by Air Force developers as “the most extensive modification effort that the B-2 has attempted.”

The modernized system, called a B-2 “DMS-M” unit, consists of a replacement of legacy DMS subsystems so that the aircraft can be effective against the newest and most lethal enemy air defenses.

Upgrades consist of improved antennas with advanced digital electronic support measures, or ESMs along with software components designed to integrate new technologies with existing B-2 avionics, according to an Operational Test & Evaluation report from the Office of the Secretary of Defense.

The Air Force currently operates 20 B-2 bombers, with the majority of them based at Whiteman AFB in Missouri. The B-2 can reach altitudes of 50,000 feet and carry 40,000 pounds of payload, including both conventional and nuclear weapons.