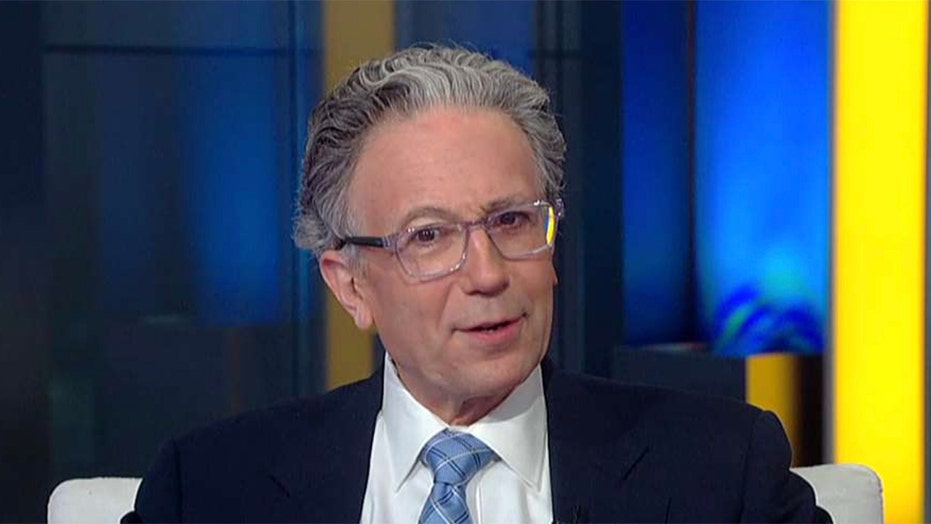 The new Trump-appointed CEO of the U.S. Agency for Global Media (USAGM) –­ which oversees American taxpayer-funded news broadcasting around the world, including Voice of America (VOA) –­ fired three of the agency's network heads on Wednesday, just days after the director and deputy director of VOA had stepped down.

The move by Michael Pack rankled Democrats, who had staunchly opposed the appointment of the conservative filmmaker with ties to former Trump chief strategist Steve Bannon. House Foreign Affairs Committee Chairman Eliot Engel, D-N.Y., warned of the move in advance, saying it would be a step toward the agency, which by law is required to provide unbiased news, becoming a "mouthpiece" for the Trump administration.

"As feared, Michael Pack has confirmed he is on a political mission to destroy the USAGM’s independence and undermine its historic role," Menendez said in a statement. "The wholesale firing of the Agency’s network heads, and disbanding of corporate boards to install President Trump’s political allies is an egregious breach of this organization’s history and mission from which it may never recover."

The Associated Press reported Wednesday that Pack had ousted the head of Radio Free Asia, Bay Fang; the head of Radio Liberty/Radio Free Europe, Jamie Fly; and the head of the Middle East Broadcasting Network, Alberto Fernandez. VOA Director Amanda Bennett and Deputy Director Sandy Sugawara both announced they were leaving the organization earlier this week.

The VOA alone employs 982 people and operates on a budget of more than $250 million per year. The organization reaches a weekly audience of 280 million worldwide with broadcasts in 40 languages on TV, digital and radio, according to its website. It broadcasts into places like Iran, giving reliable news to people who otherwise do not have access to it due to their country's oppressive government. According to the VOA website, its media reaches about 16 percent of the Iranian people each week.

While Engel and Menendez have issued dire warnings about Pack, the Trump administration and congressional Republicans have indicated they are happy with the newly confirmed CEO, who was unmistakably brought in to shake things up at the international broadcasting agency which some on the right have accused of liberal bias.

Separately, Trump attacked VOA over its coronavirus coverage on April 15.

"If you heard what's coming out of the Voice of America, it's disgusting," Trump said. "The things they say are disgusting toward our country. And Michael Pack would get in, he'd do a great job, but he's been waiting now for two years, can't get him approved."

Pack was eventually approved earlier this month, and has quickly moved to make his mark on the agency, as evidenced by the departures of five of the organization's most senior officials in a matter of days. The emails sent by Pack announcing the Wednesday firings said that the step was consistent with his authority as USAGM's new CEO and gave no reason for the decision. Bennett and Sugawara also cited Pack's new authority in their decision to step down, and noted Pack's obligation as the head of USAGM to ensure the agency provides unbiased news.

"Michael Pack swore before Congress to respect and honor the firewall that guarantees VOA’s independence, which in turn plays the single most important role in the stunning trust our audiences around the world have in us,” they wrote in an email saying goodbye to their employees. “We know that each one of you will offer him all of your skills, your professionalism, your dedication to mission, your journalistic integrity and your personal hard work to guarantee that promise is fulfilled."

Engel and Menendez swore that they would use their respective committees to attempt to constrain Pack as he gets busy with his new job.

"USAGM broadcasters are credible only if audiences believe what they’re seeing and hearing is the straight, unvarnished truth," Engel said Tuesday. "I will use every tool at the Foreign Affairs Committee’s disposal to make sure career employees are protected, the law is followed, and USAGM’s credibility remains intact."

Menendez added Thursday: "As we assess the damage being caused by Mr. Pack’s hollowing of the USAGM, I will focus on partnering with colleagues in Congress who still believe in the integrity of the USAGM’s work. I am committed to use the power of my voice and strength of my office to evaluate the legality of this action and ensure that the Agency is able to continue its critical mission."