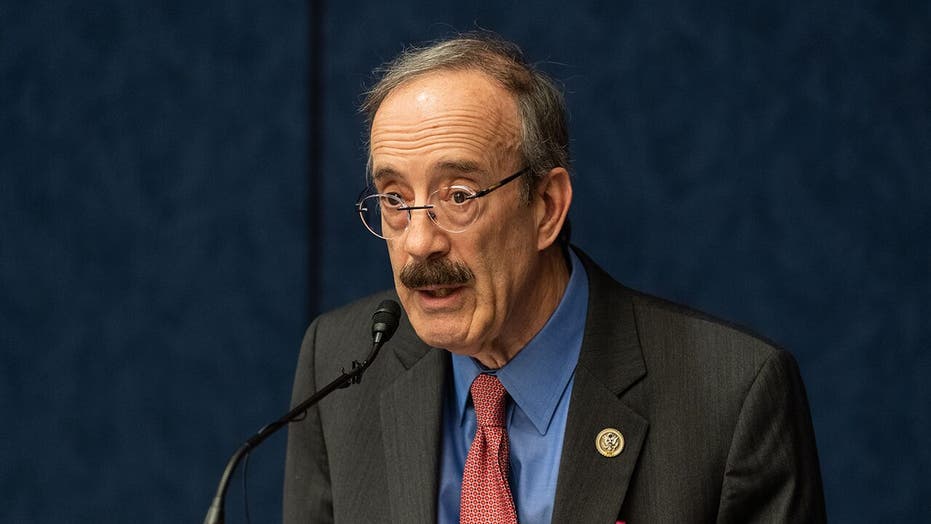 Congressional Republicans are set to unveil another sanctions package against the regime as the International Atomic Energy Agency warns Iran is continuing to enrich uranium; Trey Yingst reports.

Rep. Eliot Engel, the chairman of the House Foreign Affairs Committee, on Tuesday night warned of an incoming firing spree against senior leadership of the U.S. Agency for Global Media (USAGM), the body that oversees Voice of America (VOA), at the behest of new Trump appointee Michael Pack.

Engel, in a statement, said that the firings would happen Wednesday morning and worried that they would lead to the agency, which provides reliable information to many around the world who otherwise would not have access to it, becoming a "mouthpiece" for President Trump. The VOA employs 982 people and operates on a budget of more than $250 million per year.

"I have learned that Michael Pack, the new CEO of the U.S. Agency for Global Media, intends to force out a number of the agency’s career senior leadership tomorrow morning," Engel said. "My fear is that USAGM’s role as an unbiased news organization is in jeopardy under his leadership. USAGM’s mission is ‘to inform, engage, and connect people around the world in support of freedom and democracy’—not to be a mouthpiece for the President in the run up to an election."

VOA reaches a weekly audience of 280 million worldwide with broadcasts in 40 languages on TV, digital and radio, according to its website. It broadcasts into places like Iran, giving reliable news to people who otherwise do not have access to it due to their country's oppressive government. According to the VOA website, its media reaches about 16 percent of the Iranian people each week.

But some on the right, including the president, have consistently been critical of VOA, similar to how they have been critical of American media companies like CNN and the New York Times for alleged liberal bias.

Engel said the potential spate of firings he was warning about, by the career conservative filmmaker Pack, was an extension of "Trump's obsession with the myth of the so-called 'Deep State.'"

"Mr. Pack’s targeting of career experts is part of a trend that we have seen from the very first days of the Trump Administration. At the State Department, Trump appointees have attacked and tried to force out career officials simply because they worked for prior administrations," Engel said. "Mr. Pack should immediately reverse course and allow the nonpartisan public servants who run USAGM to keep doing their jobs."

But Pack, whose most recent documentary was about Supreme Court Justice Clarence Thomas, is a close associate of former Trump adviser Steve Bannon and was unmistakably installed to bring change to VOA. The staff shake-ups have begun already. VOA Director Amanda Bennett and Deputy Director Sandy Sugawara both announced they were leaving the organization earlier this week.

"Michael Pack swore before Congress to respect and honor the firewall that guarantees VOA’s independence, which in turn plays the single most important role in the stunning trust our audiences around the world have in us,” they wrote in an email saying goodbye to their employees. “We know that each one of you will offer him all of your skills, your professionalism, your dedication to mission, your journalistic integrity and your personal hard work to guarantee that promise is fulfilled."

Engel Tuesday vowed that he would use his committee to protect the reputation of the VOA.

"USAGM broadcasters are credible only if audiences believe what they’re seeing and hearing is the straight, unvarnished truth," he said. "I will use every tool at the Foreign Affairs Committee’s disposal to make sure career employees are protected, the law is followed, and USAGM’s credibility remains intact."

Senate Democrats tried to hold up Pack's nomination, accusing Pack of improperly using funds from his nonprofit Public Media Lab to benefit himself.

The most recently available IRS 990 disclosure form for Public Media Lab indicates that Public Media Lab's only significant expenditure in 2018 was a $775,000 grant to Manifold Productions, a film and television production company owned by Pack. The nonprofit otherwise spent $1,728 on legal fees, $625 on accounting, $3 on office expenses and $15 on bank charges.

"The OAG is investigating whether Mr. Pack’s use of his nonprofit’s funds was unlawful and whether he improperly used those funds to benefit himself," Sen. Bob Menendez, D-N.J., the ranking member of the Senate Foreign Relations Committee, said as Washington, D.C. Attorney General Karl Racine opened an investigation into the matter.

But Republicans said Pack had cooperated with the Senate's confirmation process over the course of months, accused Democrats of weaponizing Racine in his role as D.C. AG for political purposes and said that money went toward making the recently released Clarence Thomas film, consistent with Public Media Lab's goal "to support documentary filmmakers."

"Yet again, America is watching a qualified and capable nominee be the target of a desperate smear campaign designed to intimidate and tarnish the good reputation of an exceptional man by those in power for political purposes," White House spokesman Judd Deere told Fox News at the time. "The president stands behind Michael Pack and is disappointed, but not surprised, that Do-Nothing-Democrats have once again decided to throw political mud on a public servant’s clean record."