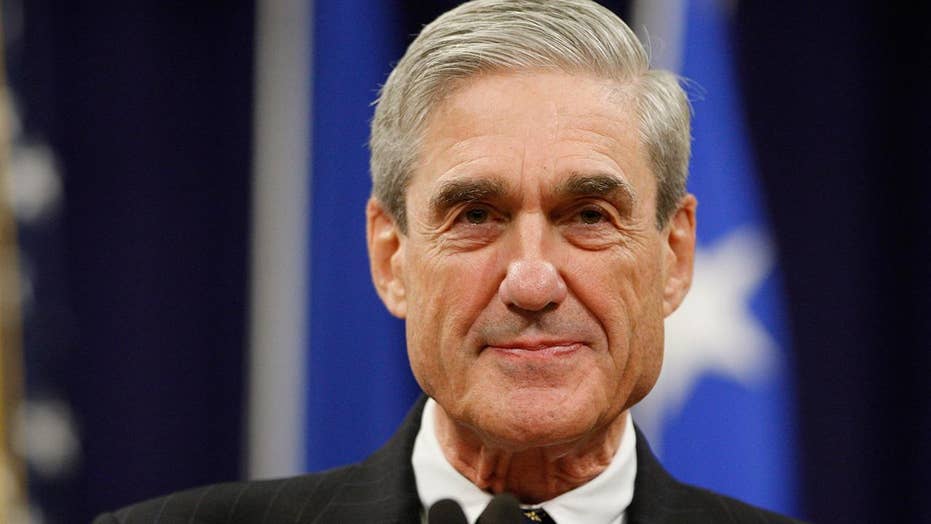 Leaked questions offer a clearer picture of the special counsel's strategy. Kevin Corke has the details.

A lengthy list of questions for President Trump from special counsel Robert Mueller was leaked to The New York Times, marking the latest in a string of apparently deliberate disclosures relating to the ongoing probe into Russian involvement in the U.S. presidential election.

The Times called some of the questions "tantalizing" and suggested they reveal that Mueller may have uncovered pre-election outreach by Trump's campaign to Russian officials.

The questions cover Trump's motivations for firing Comey a year ago, as well as his reaction to Sessions' recusal from the Russia investigation.

Trump blasted the leak on Tuesday morning, calling it "disgraceful" that the questions made it out to the media.

"So disgraceful that the questions concerning the Russian Witch Hunt were “leaked” to the media. No questions on Collusion. Oh, I see...you have a made up, phony crime, Collusion, that never existed, and an investigation begun with illegally leaked classified information. Nice!" Trump tweeted.

In one question first obtained by the Times, Mueller asks what Trump knew about campaign staff, including his former campaign chairman Paul Manafort, reaching out to Moscow.

Leaks in the Mueller probe have been suspected for several months, leading The New York Post to ask last year if Mueller is "playing politics with his prosecutions."

WATCH: IS THE MUELLER TEAM LEAKING TO CHANGE THE NARRATIVE?

The news of the indictments of Paul Manafort and Flynn, for example, came in media reports days in advance. Although some commentators have praised Mueller for clamping down on leaks, Republicans have sharply criticized past disclosures they suggest came from within Mueller's ranks.

Republican Rep. Trey Gowdy, the leader of the House’s top investigative committee, slammed Mueller in October for allowing the news media to learn that he and his legal team had charges in their Russia investigation.

“In the only conversation I’ve had with Robert Mueller, I stressed to him the importance of cutting out the leaks,” Gowdy, chairman of the House Committee on Oversight and Government Reform, told “Fox News Sunday.” “It’s kind of ironic that the people charged with investigating the law and the violations of the law would violate the law.”

Although Mueller's team has indicated to Trump's lawyers that he's not considered a target, investigators remain interested in whether the president's actions constitute obstruction of justice and want to interview him about several episodes in office. The lawyers want to resolve the investigation as quickly as possible, but there's no agreement on how to do that.

“It’s kind of ironic that the people charged with investigating the law and the violations of the law would violate the law.”

OPINION: WHY TRUMP HAS THE CONSTITUTIONAL AUTHORITY TO FIRE MUELLER 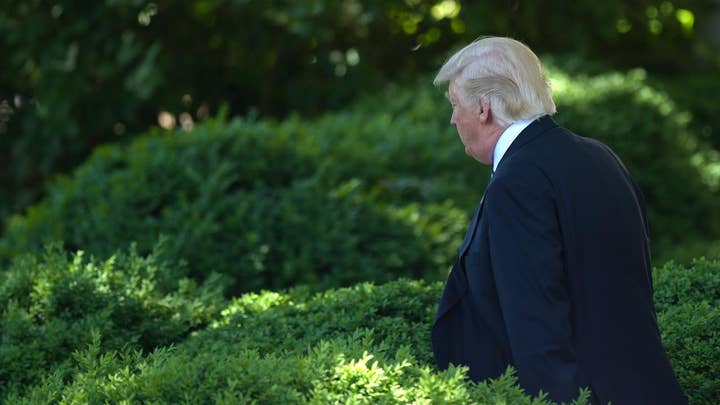 Mueller has brought several charges against Manafort, but none are for any crimes related to Russian election interference during the 2016 campaign. And he has denied having anything to do with such an effort.

The queries also touch on Trump's businesses and his discussions with his personal lawyer, Michael Cohen, about a possible Moscow real estate deal. Cohen's business dealings are part of a separate FBI investigation.

One question asks what discussions Trump may have had regarding "any meeting with Mr. Putin," referring to Russian President Vladimir Putin. Another question asks what the president may have known about a possible attempt by his son-in-law, Jared Kushner, to set up a back channel with Russia before Trump's inauguration.

Additional questions center on Michael Flynn, Trump's former national security adviser, who has pleaded guilty to lying to the FBI about his discussions on sanctions against Russia with Russian Ambassador Sergey Kislyak during the presidential transition. Flynn is now cooperating with Mueller's investigators.

PELOSI CLAIMS MUELLER WAS FIRED IN BIZARRE EMAIL TO DONORS

"What did you know about phone calls that Mr. Flynn made with the Russian ambassador, Sergey I. Kislyak, in late December 2016?" reads one question. Another asks if there were any efforts to reach out to Flynn "about seeking immunity or possible pardon."

Flynn was fired Feb. 13, 2017, after White House officials said he had misled them about his Russian contacts during the transition period by saying that he had not discussed sanctions.

The following day, according to memos written by Comey, Trump cleared the Oval Office of other officials and encouraged Comey to drop the investigation into Flynn.