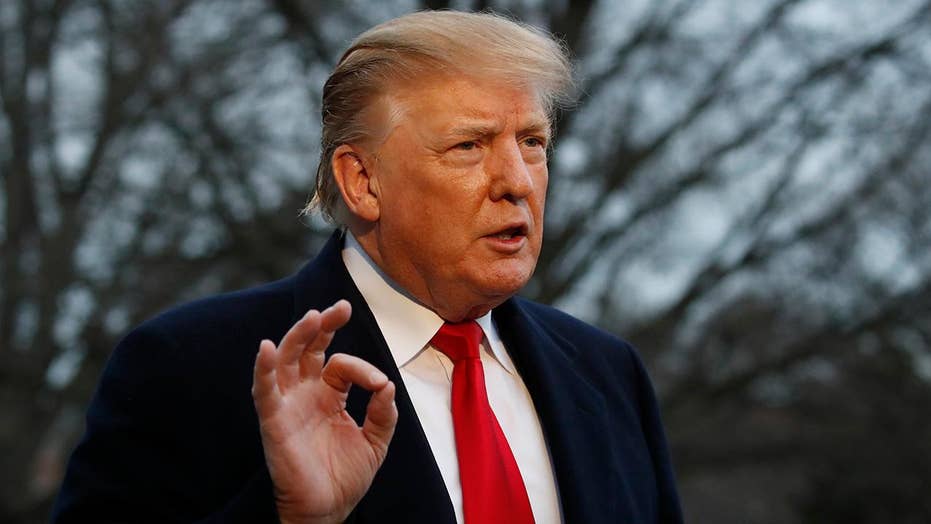 Does the Mueller report give President Trump a leg up going into 2020?

A sense of victory and vindication emanated from the Kremlin on Monday, following the revelation that the special counsel concluded there was no evidence that Trump team had colluded with Russia for a 2016 presidential victory.

“It is hard to find a black cat in a dark room, especially if it is not there,” said Kremlin spokesperson Dmitry Peskov – who has long dismissed any allegations of connivance – in a call with journalists on Monday, referencing a Chinese philosopher. “Centuries have passed, but unfortunately there has been no understanding of this on the other side of the ocean.”

In a four-page letter to Congress released Sunday, Attorney General William Barr said “the Special Counsel did not find that the Trump campaign, or anyone associated with it, conspired or coordinated with the Russian government in these efforts, despite multiple offers from Russia-affiliated individuals to assist the Trump campaign.”

“The agents of conspiracy theory have been discredited,” wrote Alexey Pushkov, a foreign affairs specialist in the upper house of parliament, tweeted – pointing to Democratic and media attempts to push a theory of collusion. “From now on, only an idiot can believe them.”

He also contended that the “biased, artificial, provocative, conspiratorial, designed-to-fuel hatred toward Trump campaign” had a second objective, which was to “demonize Russia and prevent any U.S. moves towards better relations with Moscow.”

The Russian Embassy in the United Kingdom also took aim at those who maintained the narrative that Trump’s campaign did indeed conspire with Russia for election victory.

“That awkward moment when another anti-Russian fake crumbles to dust,” the official tweet said. “Excuses, anyone?

And for Konstantin Kosachyov, chairman of the foreign affairs committee in the upper house of parliament, it was both an “I told you so” moment and a moment of regret over two withered years of deteriorating Russia-U.S. ties.

“Mueller’s long-awaited report proved what was known in Russia from the very beginning,” he wrote in a Facebook post on Monday. “Two years of unceasing lies. Two years of the highest-level policy built on the allegation of collusion. A conspiracy explaining the allegedly pro-Russian position of Trump, because of which he was essentially forced to impose more and more stringent measures against our country."

"That is why two years were not just lost for Russian-American relations, but simply crushing for them,” he continued. “Someone will answer for this damage? Someone apologize? Someone will adjust something?"

Moreover, Russian media, which is mostly owned or overseen by authorities, didn’t waste any time in boasting about the report.

According to Vitali Shkliarov, an expert in U.S.-Russian relations and former senior adviser to Russian opposition presidential candidate Ksenia Sobchak, the news about the Mueller report was “received with great enthusiasm’ in the former Soviet nation.

“This is a topic that has garnered a great deal of interest and attention there,” he told Fox News. “There was wide coverage about the announcement of the results, much of it tinged with sarcasm. Even liberal politicians seem pleased with the results and are critical of the length and cost of the investigation.”

One anchor of the popular Moscow daytime political show “Time Will Tell” stated on Monday that “the investigation was useless” and “its results proved that it was useless.”

Nonetheless, scores of political pundits, analysts and anti-Trump advocates in the United States still beg to differ on the summary. Many have voiced skepticism of Barr’s findings, while also emphasizing the fact that the attorney general’s summary said Mueller had reached no explicit resolution on whether or not Trump had attempted to obstruct justice.

But that, too, became fodder for laughs among the Moscow media.

The Moscow-funded outlet crowed that as the “Russiagate conspiracy theory disintegrates in the wake of the Mueller report’s conclusions, resistance (on) Twitter is struggling to cope, while Trump supporters are basking in the foes’ suffering.”

“The reality-based community could only look on in amazement. And laugh,” the article continued, underscoring those who “screeched about a cover-up.”

According to data exclusively obtained by Fox News from Sc2 Corp, a private analytics firm that combs online and social media data for the Special operations and national security community-based in Clearwater, Fla., the overall analogy was that few in Russia expressed surprise over the Mueller findings. The news prompted a spike in user engagement in Russia, with "positive sentiment" towards the news outweighing negative sentiment, but much of the engagement on the issue was relatively neutral.

"Russians are more concerned about internal 'Troll Farms' fomenting dissension and division at home and abroad," one of the firm's data experts noted.

Trump, who has from the very beginning framed the Mueller probe as a “witch hunt,” also claimed a triumph over the weekend, and questions have since swirled as to what that means for the Washington-Moscow accord in the near future.

“Russia is celebrating. There may not have been coordination with the campaign, but the U.S. intelligence community had documented extensive influence operations,” said Brett Bruen, a former U.S. diplomat who previously served as Director of Global Engagement at the White House. “I am very worried that Moscow will interpret this report as a bright green light to accelerate their influence operations. The Mueller report is the perfect tool to try and further divide Americans who have dramatically opposing interpretations of his decision.”

Nonetheless, other experts see a positive path for a genuine relationship reset.

“No one in Russia expects immediate changes, especially in respect to sanctions, but most believe that by the end of this year there will be more constructive dialogue and a real potential for improvement in our bilateral relations,” observed Kendall Coffey, a former U.S. Attorney, and lawyer in foreign affairs. “Trump’s original goal of exploring ways to improve Russia relations has been paralyzed by the investigative processes. While political resistance will remain, he is now able to focus his efforts on what is best for the United States.”

NO TRUMP MEETING THIS TRIP, BUT PUTIN'S STAGE-MANAGING ALWAYS A FACTOR

But Luke Coffey, director of the Allison Center for Foreign Policy at The Heritage Foundation cautioned there are many more obstacles impeding diplomatic ties beyond the Mueller matter.

“Russia invaded and occupies a large section of Ukraine, and continues to occupy a large section of Georgia. Both of these countries are U.S. partners. Russia also continues to prop up Assad, which allows the civil war in Syria to continue,” he noted. “Moscow is also showing support for the Maduro regime in Venezuela, thus prolonging the suffering there. Until Russia stops its regional aggression and malign activity, U.S.-Russia relations can never get back on track.”

Yet others predict the worst may be yet to come.

“In the larger context, those who lean against Trump will continue to destabilize the presidency,” added one source closely connected to the investigation. “This will only fuel efforts of Democrats to mess with the President.”