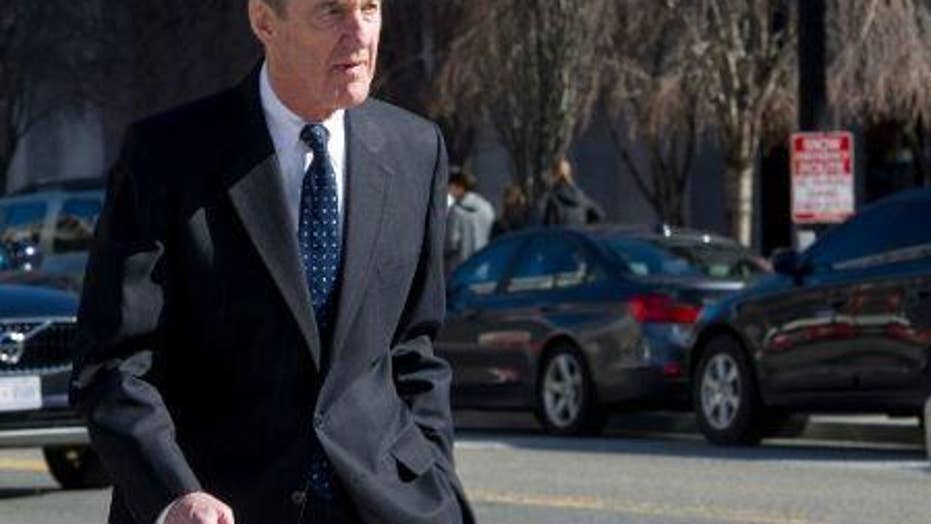 Several celebrities went on the offensive on social media after learning of the results of Special Counsel Robert Mueller's probe into whether the Trump campaign colluded with Russia to rig the 2016 presidential election.

Attorney General William Barr on Sunday released the "principal conclusions" of Mueller's probe in a bombshell four-page letter to Congress, which stated definitively that Mueller did not establish evidence that President Trump's team or any associates of the Trump campaign had conspired with Russia to sway the 2016 election.

While some on cable news pointed out it was good news that the president was found to not have colluded with Russia, Barr's report did not make many anti-Trump stars happy.

After Barr revealed the investigation "did not find that the Trump campaign, or anyone associated with it, conspired or coordinated" with Russians, Cher slammed the president, tweeting: "I Have Not,Nor Will I Change My Opinion Of trump,His Evil,Or His Ties To Russia.He Is up to his Neck in Crime & Corruption THERE ARE TWO THINGS THAT CANNOT BE HIDDEN FOREVER…THE SUN AND…THE TRUTH."

"Did not imagine a world where they were able to indict Aunt Becky before Donald Trump," actor and comedian Billy Eichner tweeted.

Lori Loughlin, the actress who played Aunt Becky on the sitcom "Full House," was indicted earlier this month after federal investigators claimed she and her husband, Mossimo Giannulli, agreed to pay $500,000 in bribes to have their two daughters designated as recruits for the USC crew team — when neither girl was a rower.

"Queer Eye" star Jonathan Van Ness assured those who hoped the Mueller report would find something more damning on the president that this is just the tip of the iceberg.

"Mueller was only allowed to look at potential collusion / or obstruction. The money laundering and tax evasion charges are coming sweeties don’t you worry. If we waited 7 years for Game of Thrones winter to come we can wait for this justice a bit longer," he said in one tweet.

He continued in a follow-up: "For the GOP complaining about how much the Mueller investigation cost $25 million... that’s on par for what Mueller got the government back with these assets that were forfeit."

Alyssa Milano, a vocal critic of Trump, questioned why Mueller's report has not yet been released in full, tweeting that "if the report fully exonerated [Trump] or his family, he'd have it all out in seconds. Wouldn't he?"

Actor Adam Goldberg lambasted the president's tweet about the issue arguing the outcome does not say what the president seems to be implying it does.

"You gleaned this from a report based on an investigation you deemed a sham and which clearly states it does not exonerate you?" he wrote.

Former "Two and a Half Men" and current "Supergirl" star, Jon Cryer, penned a tweet critical of Barr's credibility.

"This is why Trump appointed Barr," he wrote to accompany a negative article about the attorney general.

Jim Carrey took a shot at Barr as well, by way of a new painting.

"The Mueller report is out! The question now is...how low will this Barr go?" he wrote.

"I wonder why Kushner felt the need to set up back channel at the Russian Embassy," mused actress Mia Farrow.

Actor John Leguizamo posted about America's "moral boundaries" in the wake of the report's alleged findings.

"#trumpColluded beyond a doubt! Now America must confront itself about its own moral Boundaries and code of ethics! Turning point in American history! Are we a rule of law country or are we a lawless lie!" he wrote.

"If William Barr summarized Romeo and Juliet, he’d probably say that Romeo murdered Juliet’s cousin, was banished for it, and is now dead. Let’s wait to hear the full story," actor and activist George Takei tweeted.

Takei said in June of last year that he created a mobile app that allows users to place a cartoon cat with some of Trump’s features into photos and videos with their friends and family in the hopes of making a "little mockery" of today's political climate.

Rosie O'Donnell, who wrote a poem in February about how the president was "going down," tweeted that Barr's four-page summary of the investigation "is irrelevant" and called for the Justice Department to release the full report.

"I wonder if the Mueller report will have anything REALLY explosive in it, like Donald Trump standing in front of reporters and asking Russia to hack Hillary Clinton's emails," wrote comedian Ike Barinholtz.

Actor Don Cheadle took a shot at Sarah Sanders, who tweeted that the findings exonerate Trump.

"your reading comprehension is 🤪 ..." he wrote.

"Looks like you can’t indict a ham sandwich," wrote "Lord of the Rings" and "Stranger Things" star Sean Astin.

"Daredevil" star Vincent D'Onofrio gave a small pep talk to Democrats, encouraging them to vote in the primaries to combat what's sure to be a talking point for Trump during the 2020 campaign.

"No worries folks. We just need to show up for the PRIMARY in 2020. Just ignore the nonsense. Get out and help your Dem or whomever you like. But if your choice does not win the primary back whomever does. Let's vote this guy out. If you're going to troll me. Don't waste your time," he wrote.

Actor John Cusack, who starred in "Say Anything!" and "High Fidelity," among other movies, shared O'Donnell's sentiments — calling for the special counsel's report to be released immediately.