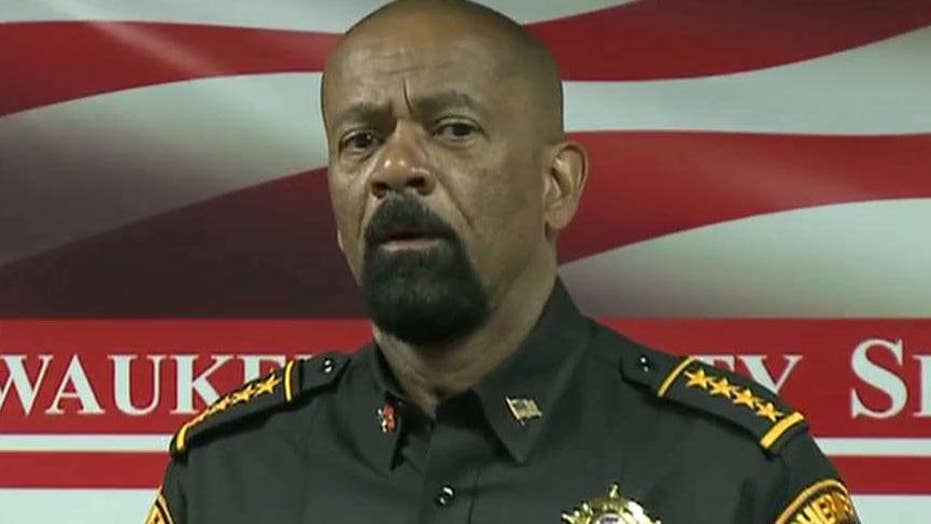 Reason for resignation has yet to be made public

Milwaukee County Sheriff David Clarke, one of the highest-profile members of law enforcement to emerge as a vocal supporter of President Trump, resigned from his position on Thursday.

County Clerk George Christenson said that he received a resignation letter from Clarke but that no reason for the move was provided.

Clarke issued a "retirement statement" to local media hours after his resignation was announced. "After almost forty years serving the great people of Milwaukee County, I have chosen to retire to pursue other opportunities," Clarke wrote. "I will have news about my next steps in the very near future."

In June, Clarke announced that he had rescinded his acceptance of a post in the Office of Public Engagement for the Department of Homeland Security. However, the office had never confirmed that it offered him the job, in which he would have served as a liaison between DHS and state and local law enforcement.

Clarke, a tough-on-crime conservative Democrat, had built a following among conservatives with his provocative social media presence and for his support of President Donald Trump during his 2016 campaign. He also spoke at the Republican National Convention last summer. But he later was accused of plagiarism in his master’s thesis at the Naval Postgraduate School.

Clarke denied the report in which it was claimed that he failed to properly attribute his sources at least 47 times in his 2013 thesis, titled "Making U.S. security and privacy rights compatible."

In an email to The Milwaukee Journal Sentinel, Clarke wrote, "only someone with a political agenda would say this is plagiarism."

He also drew criticism for conditions in his jails. A mentally ill inmate allegedly died after being deprived of water as punishment, prosecutors said.

Some Wisconsin conservatives had encouraged Clarke to challenge U.S. Sen. Tammy Baldwin, a Democrat, but he repeatedly rejected their overtures.

There was no immediate word on a replacement.