Vice President Mike Pence says “it’s time to dial down the rhetoric on Capitol Hill,” after Democrats declared a “constitutional crisis” and voted to hold Attorney General William Barr in contempt of Congress.

“The President and I fully support Attorney General Barr's decision to refuse to testify under the conditions that the Judiciary Committee put forward,” Pence said in an interview on Fox & Friends with host Pete Hegseth from St. Paul, Minnesota which aired Friday.

“I was on the Judiciary Committee for more than a decade. I don't have any memory of a member of the cabinet ever being questioned by committee staff. And I served under Republican and Democrat presidents.”

'CRISIS' MODE: CAN TRUMP BAIT THE DEMOCRATS INTO IMPEACHING HIM?

Barr refused to show up for the second day of testimony in front of the House Judiciary Committee in April regarding his summary of Special Counsel Robert Mueller’s report on the Russia investigation, after Chairman Jerry Nadler, D-N.Y. insisted committee lawyers be allowed to question him instead of the usual members.

The House Judiciary Committee voted Wednesday to hold the attorney general in contempt of Congress for defying a subpoena for the unredacted version of Mueller’s report and other documents related to the investigation.

“This is not a constitutional crisis. This can be resolved. We'll leave it to the attorney general to work out arrangements,” Pence said. 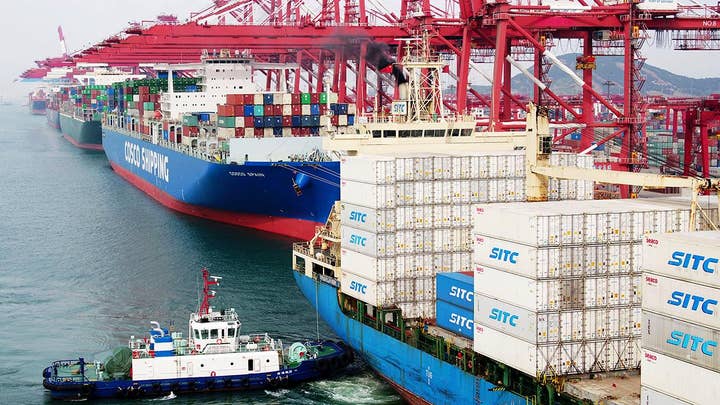 Pence doubled down on the subpoena saying the decision to call on Trump Jr. again to testify is “frustrating to millions of Americans.”

“For two and a half years this administration and the Trump family fully cooperated with the special counsel,” Pence said. “Literally, millions of pages of documents. Thousands of hours of testimony and cooperation and, and the Mueller report is in. No collusion. No obstruction. As the Senate majority leader said on the floor of the Senate this week, Mitch McConnell said: Case closed.”

Pence visited Minnesota Thursday to promote the thriving economy and garner support for the United States–Mexico–Canada Agreement, which he hopes will go to a vote in Congress by the end of the year.

The vice president also took aim at Rep. Ilhan Omar, D-Minn., in her home state, saying she has “no place on the House Foreign Affairs Committee and the Democratic leadership ought to remove her.”

His comments stem from past tweets by Omar that were perceived as anti-Semitic and criticized Israel, comments that she has since apologized for.

“Ilhan Omar has made statements, anti-Semitic comments, statements against our most cherished ally Israel that ought to be rejected by every American. And frankly, the fact that very recently she’s been trying to blame the United States of America for the deprivation and the poverty brought on by the dictatorship in Venezuela... the people of Minnesota will decide whether or not she remains in Congress,” Pence said.

Pence’s visit occurred simultaneously as President Trump continued trade negotiations with China’s Vice Premier Liu, back in Washington, D.C. on Thursday, talks which came to an end on Friday.

Trump raised tariffs on China in an effort to force renegotiations in regard to intellectual property theft but tweeted Friday “there is absolutely no need to rush,” even as some worry about the trade war’s impact on the global economy.

“We believe a deal is possible but what President Trump has made clear is we think we’re in a very strong position either way,” Pence said. The interview was recorded Thursday.

Pence also defended Trump’s stance on North Korea, another foreign power whose negotiations with the U.S. have tensed in recent days.

North Korea fired three short-range missiles on Thursday, ramping up pressure on the U.S. to concede sanctions in denuclearization talks.