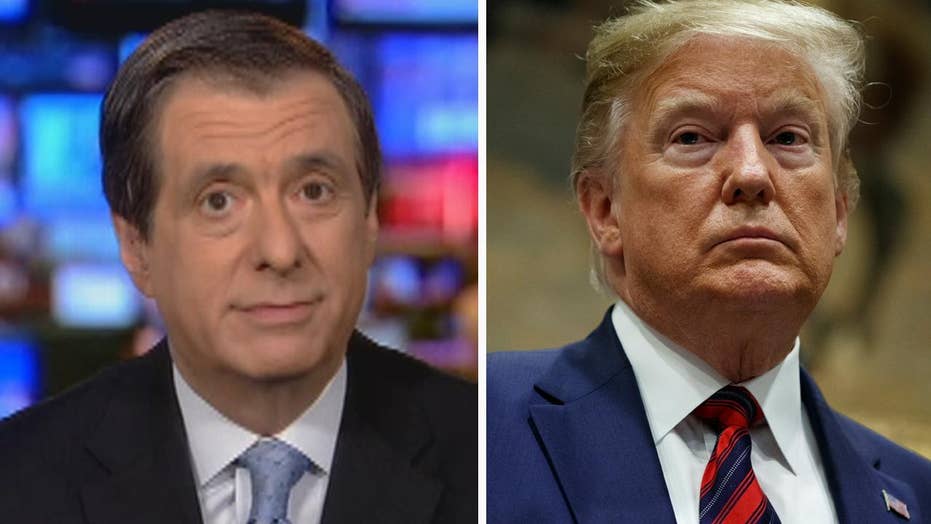 'MediaBuzz' host Howard Kurtz weighs in on the fracture within the Democratic party over whether or not President Trump should be impeached.

It is a "constitutional crisis," says Jerry Nadler.

"We should be putting people in jail," says another Democrat, Gerry Connolly.

In the wake of the House Judiciary Committee citing William Barr for contempt, the Democrats are using increasingly fiery language against a president who seems determined to defy their subpoenas.

And even the leadership is moving, rhetorically at least, from its previous insistence that impeachment proceedings are a bad idea because they will obliterate the party's agenda and lack bipartisan support. Maybe that's because they're angry, or maybe it's just an attempt to placate their most liberal voters.

Ranking member of the House Judiciary Committee Rep. Doug Collins hits back at House Democrats' response to the Mueller report and says he does not believe Mueller will testify on the findings.

Perhaps the motivation is irrelevant. The New York Times says the Democrats, "infuriated by President Trump's stonewalling," are weighing a move "to bundle contempt citations for multiple Trump administration officials into one overarching package that could be referred to the Federal District Court here, in much the way Congress looked to the courts to compel President Richard M. Nixon to turn over tape recordings of his Oval Office conversations."

And yet the stakes in the latest subpoena fight, unlike Nixon shielding tapes of the Watergate cover-up, are slight. The House Democrats want the unredacted Mueller report, despite 98 percent of the obstruction of justice section not being redacted. And they want their staff lawyers to be able to question the attorney general, as opposed to just committee members.

The media are in full crisis mode as well. And that's a sharp contrast to the way they covered the Republican House holding Barack Obama's attorney general, Eric Holder, in contempt for refusing to turn over documents in the Fast and Furious probe. That was portrayed mainly as a partisan brawl, without such headlines as "Clash Between Trump, House Democrats Poses Threat to Constitutional Order," in the Times. And nothing ultimately happened to Holder, just as nothing is likely to happen to Barr.

I happen to think Congress has a legitimate right to demand documents and testimony in overseeing the executive branch, regardless of which party is in charge. But there's also such a thing as political overreach. If the DOJ were withholding the Mueller report, that would be one thing. To escalate over the 2 percent of the obstruction section that is redacted is quite another.

President Trump's critics are in meltdown mode after the House Judiciary Committee vote to hold Attorney General William Barr in contempt; reaction and analysis on 'The Five.'

President Trump is baiting the Democrats, and they know it. He'd love for them to go down the impeachment path, which would fire up his base and lead to his ultimate acquittal. He'd be happy to spend 2020 running against overzealous Democrats, Nancy and Jerry, Mueller and the media.

Rich Lowry made a trenchant observation in his Politico column that applies both to the subpoena battle and the Times story about Trump's massive business losses.

"There really are no Trump mysteries," he writes. "His flaws aren't hidden away. He often attests to them himself, or demonstrates them publicly ...

"No blockbuster report has more than a passing effect because each dispatch is, ultimately, another dot in a pointillist portrait of the president that was largely completed long ago.

"This is also why the hope that we are one investigation, tax return, or subpoena away from the revelation that will finally bell the cat and bring Trump down — or even make a difference — is almost certainly forlorn. What would be devastating material against anyone else loses all shock value."

The Mueller report didn't topple Trump. Neither will the redacted portions, his tax returns or any other secret document. If the Democrats want to oust the president, they’re going to have to do it the old-fashioned way next year.