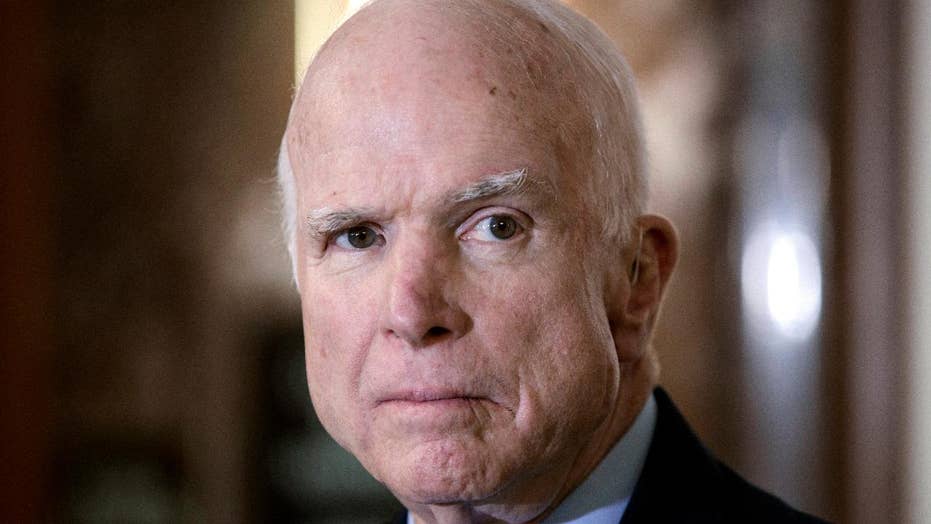 Fmr. McCain chief of staff: He was a great voice for America

John McCain’s death from brain cancer at age 81 came exactly nine years after the death of Ted Kennedy – and both longtime U.S. senators died from the same type of brain cancer.

McCain, R-Ariz., had been battling the illness for just over a year while Kennedy, D-Mass., died at age 77, 13 months after his diagnosis, the Arizona Republic reported.

Both succumbed to glioblastoma, which affects roughly 10,000 Americans a year and is described by doctors as "highly malignant."

Despite being from opposite ends of the political spectrum, the two senators were reportedly close friends. During Kennedy’s funeral service in 2009, McCain read a eulogy in which he said, “The place won’t be the same without him.”

“I admired his passion for his convictions, his patience with the hard and sometimes dull work of legislating, and his uncanny sense for when differences could be bridged," McCain told the Boston crowd.

McCain, much like Kennedy when he battled his illness, was largely absent from Washington during the final year of his life. But the Arizona "maverick" angered many of his Republican colleagues last September when he voted in opposition to a GOP-led effort to overhaul ObamaCare.

The coincidence that both senators died on the same date was not lost on social media. By Saturday evening, "Ted Kennedy" was trending on Twitter.

"Fitting that Senator McCain would pass 9 years to the day since his dear friend Senator Ted Kennedy," Anthony Scaramucci tweeted. "Their fierce patriotism and mutual respect, despite ideological differences, embodies the Washington we have lost and must regain. True American statesmen."