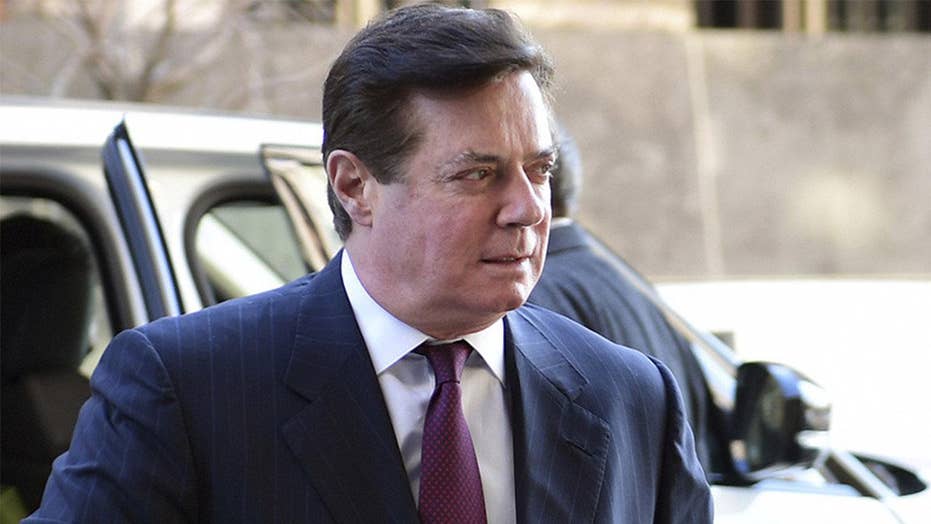 What to expect from Paul Manafort's second trial in DC

An associate connected to a key figure in the case of former Trump campaign chairman Paul Manafort pleaded guilty Friday to acting as a foreign agent for Ukraine without registering, and could face up to five years in prison.

W. Samuel Patten, 47, pleaded guilty to acting as an agent of a foreign principal to the Ukrainian political party, Opposition Bloc, without registering under the Foreign Agents Registration Act (FARA). The charge is a felony that is punishable by up to five years in prison, and potential financial penalties.

Patten appeared for a hearing in the U.S. District Court for the District of Columbia Friday before Judge Amy Berman Jackson.

The charges were brought against Patten by U.S. Attorney for Washington D.C., Jessie K. Liu -- not Special Counsel Robert Mueller. However, Mueller's team referred the case and his deputy Andrew Weissmann was present in the courtroom Friday.

Patten was a business associate of Konstantin Kilimnik, a man who U.S. authorities said has ties to Russian intelligence. Kilimnik worked closely with Manafort, and is a co-defendant in a pending case against Manafort in Washington that accuses them both of witness tampering.

Manafort also worked with the Ukrainian Opposition Bloc around that time.

When asked whether Patten worked with Manafort directly, the U.S. attorney's office declined to comment.

According to the criminal information filed by Liu, beginning in 2014 to the present, Patten worked with a Russian national, listed as “Foreigner A,” on lobbying and political consulting services, forming a company together in the United States. The company performed political consulting services and advised a prominent Ukrainian oligarch, labeled "Foreigner B," among others.

Kilminik’s name is not listed in the court filing.

Patten’s company received more than $1 million for its consulting work with the party.

According to Liu’s documents, Patten violated FARA by contacting members of Congress and the executive branch, as well as the media. Patten also drafted talking points for Foreigner B for his meetings on Capitol Hill, as well as “talking points for Congressional staffers to use to convince other Congressional members and staff to meet with Foreigner B.”

The criminal information filing noted that Patten specifically worked on meetings with members of the Senate Foreign Relations Committee, and on the House Committee on Foreign Affairs, as well as officials from the State Department and the media.

Manafort was convicted last week on eight counts of bank and tax fraud. He was the first campaign associate of President Trump to be found guilty by a jury as part of Special Counsel Robert Mueller’s investigation into Russian meddling and potential collusion with Trump campaign associates in the 2016 presidential election.

Manafort, 69, had pleaded not guilty to all 18 counts.