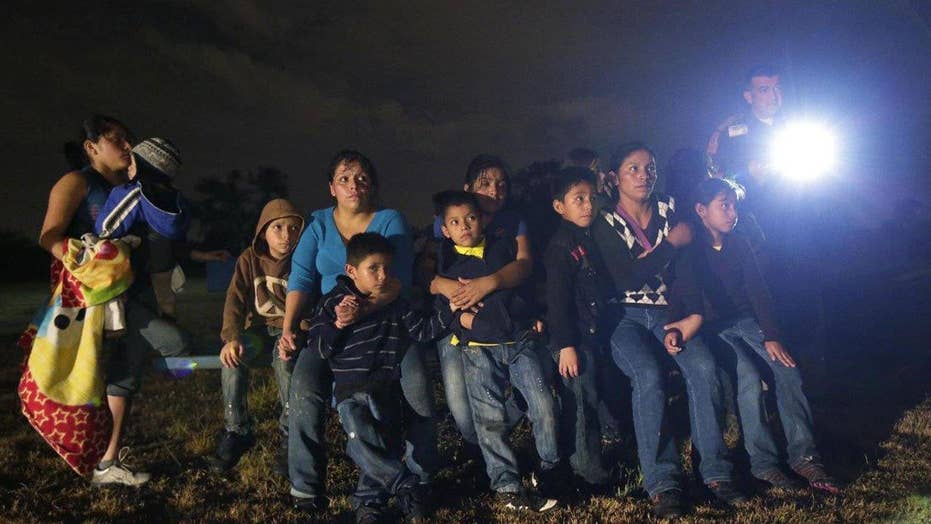 A proposed law that would punish countries that refuse to take back their illegal immigrant criminals is two years too late to save Casey Chadwick, but the Texas congressman behind it figures it’s the least Washington can do.

Chadwick was murdered in 2015 by Jean Jacques, an illegal immigrant from Haiti and one of thousands freed onto U.S. streets each year after they serve prison time because their homelands refuse deportation. But a proposal by Rep. Brian Babin, R-Texas, the Criminal Alien Deportation Enforcement Act, would force such countries to take back their citizens or risk losing foreign aid and travel visa privileges.

“The problem is hundreds of Americans are being robbed, assaulted, raped or murdered every year by criminal aliens who are then released back onto the streets because their countries of origins refuse to take them back,” Babin said. “I have personally met with a number of these victims, or if the victim is deceased, I have met with their families. It is heart-wrenching.”

When Haiti refused to admit Jacques, ICE was forced to free him under a 2001 Supreme Court ruling.

Chadwick’s case is among the most egregious, Babin said. Jacques was sentenced to 60 years in prison last year for stabbing Chadwick, 25, to death in her Norwich apartment. The killer had been in the U.S. illegally since 1992, had already spent 17 years in prison for attempted murder and possession of a firearm without a permit.

He was not deported after serving time, but it was not for lack of U.S. effort. Jacques was listed as a passenger on three charter flights to Haiti in June, August and October of 2012, but each time the Haitian government refused to repatriate him.

A 2001 Supreme Court ruling, Zadvydas v. Davis, held that illegal immigrants ticketed for deportation but unaccepted by their home countries cannot be detained indefinitely. Jacques was held for 205 days, but ultimately freed less than six months before he killed Chadwick.

Casey Chadwick was killed just over a year ago in her Norwich, Conn., apartment. (Fox 61)

“For the sake of Casey and thousands of other Americans who have been victimized, it is time we start putting the safety of our citizens first and stop this revolving door that is allowing dangerous criminals who should be deported back onto our streets,” Babin said.

A House Oversight and Government Reform Committee hearing in April documented that since 2013, 86,288 illegal immigrants have committed 231,074 crimes after being released from prison. Many of those illegal immigrants are ultimately deported, but some 2,166 who had served their time for various crimes were released last year when their home countries refused to take them back.

Babin’s bill would require the Department of Homeland Security report to Congress every three months the names of uncooperative countries. The federal government would then withhold foreign aid to those countries while the State Department would suspend travel visas.

Under President-elect Donald Trump, the bill faces “renewed interest” because Trump “has voiced his strong support for punishing countries that refuse to accept deportations,” Babin said.

The problem is “getting out of hand,” agreed Jessica Vaughan, director of policy studies for the Washington-based Center for Immigration Studies.

There are now more than 20 countries that refuse to cooperate with the U.S., and more than 60 that make the process extremely difficult, Vaughan said.

“It’s not just Cuba and Cambodia anymore; now it’s China, Bangladesh, Nigeria and many others,” she said.

The State Department has imposed visa sanctions only once, on Gambia, just a few months ago, which worked right away, Vaughan said.

“All they had to do was stop issuing visas to Gambian government officials, and they suddenly started cooperating, within weeks, which is fast in the diplomatic context,” Vaughan said.

Under current law, the State Department must impose sanctions upon request of the Department of Homeland Security, but that rarely happens, said Vaughan.

Claude Arnold, a former U.S. Immigration and Customs Enforcement special agent in charge of Homeland Security Investigations, said in past administrations, DHS would raise this issue to the State Department but nothing would ever happen. He believes under this proposed bill, will be more Congressional oversight.

“The U.S. is the center of international trade. As soon as businesses are not allowed to come to the U.S. to do business internationally, that’s all it would take,” Arnold said. “Those countries would start accepting back their deportees immediately because they would get such pressure from their citizenry who would be hurt financially.”

Neither the State Department nor the Department of Homeland Security comments on pending legislation.

But a State Department official told FoxNews.com facilitating the removal of aliens subject to a final order of removal, particularly those who pose a danger to national security or public safety, is a “top priority.”

“Stepped-up diplomatic efforts by [Immigration and Customs Enforcement] and the State Department have resulted in significant increases in cooperation among the 23 countries currently on ICE’s Uncooperative list, with nearly half of these countries improving their records of issuing travel documents, accepting charter deportee flights with deportees, and agreeing on formal arrangements for future removals in recent months,” the spokesman said.

A spokesperson for Immigrations and Customs Enforcement said the agency is working through “diplomatic channels” to ensure that other countries accept the timely return of their nationals in accordance with international law.

But Babin said he will fight for tougher restrictions.

“Many of these countries are getting millions and millions of dollars from the American taxpayer, and then not taking their criminals back,” Babin said.