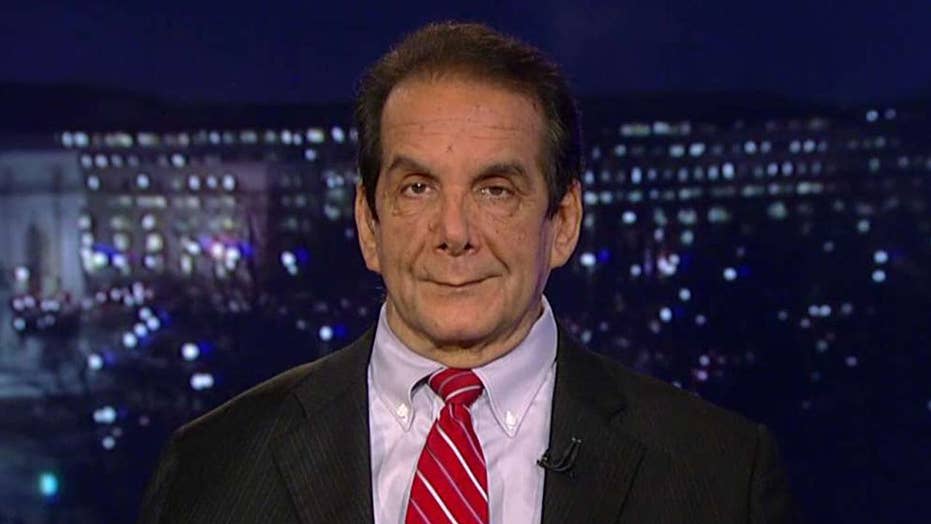 Krauthammer: If Republicans completely replace Obamacare they will

Syndicated columnist Charles Krauthammer said on “Special Report with Bret Baier” Monday there is a danger if Republicans repeal or completely replace Obamacare.

“One of the reasons of the rise of Donald Trump is so many conservatives, so many republicans said they had been betrayed by their leaders,” said Krauthammer. “This would be the ultimate one so it has to get done. The problem is that if you get it done you own the entire system of American medicine.”

Krauthammer argued this point after President Trump downgraded expectations for his party's swift repeal and replacement of Obamacare in an interview with Fox News' Bill O'Reilly where Trump said any changes to the system might not come until 2018.

“Obamacare is 2,000 pages. It’s not one reform. It’s a thousand reforms whose interactions are complex, contradictory and unpredictable and that’s what we’re stuck with now and it’s collapsing,” added Krauthammer, “but if you replace you are going to have to re-do all of American medicine all over again and then you become responsible and politically the danger is that you own the system so if something goes wrong in anybody’s life… whatever it is, whether or not it’s the cause of the replacement bill, you will be responsible for it.”