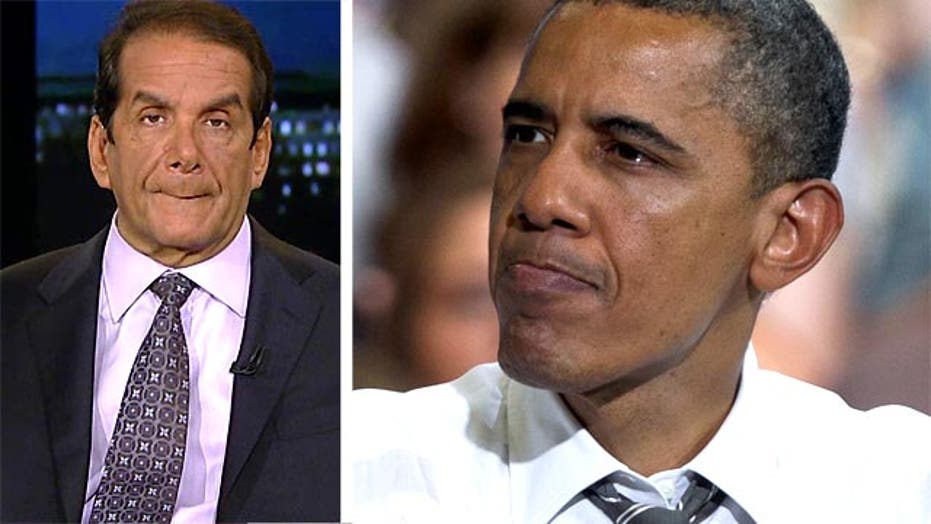 Krauthammer: Obama Humiliated by Lack of Demand on Trail

Krauthammer: Obama Humiliated by Lack of Demand on Trail

President Obama was once a “citizen of the world” and a “political rockstar,” according to Charles Krauthammer, but now the lack of demand for him on the campaign trail has become a “a total humiliation" for the president.

Krauthammer, a syndicated columnist and a Fox News contributor, made the comments on "Special Report with Bret Baier" Tuesday after Obama tied Democrats to his political agenda while discussing the midterm elections.

"The bottom line is though, these are all folks who vote with me, they have supported my agenda in Congress,” Obama said. "This isn't about my feelings being hurt. These are folks who are strong allies and supporters of me.”

Krauthammer said these comments show Obama is struggling to accept that Democratic candidates are distancing themselves from his unpopular policies.

“He’s gotta hide under his desk until November,” he said. “He’s not going to go out and campaign in these states, obviously, but this is hard for him to take.”

Krauthammer noted this year's elections are a far cry from just six years ago, when Obama "had a worship service at a Denver stadium."

"This is a total humiliation for him and every once in a while he can’t take it so it pops out," he said.