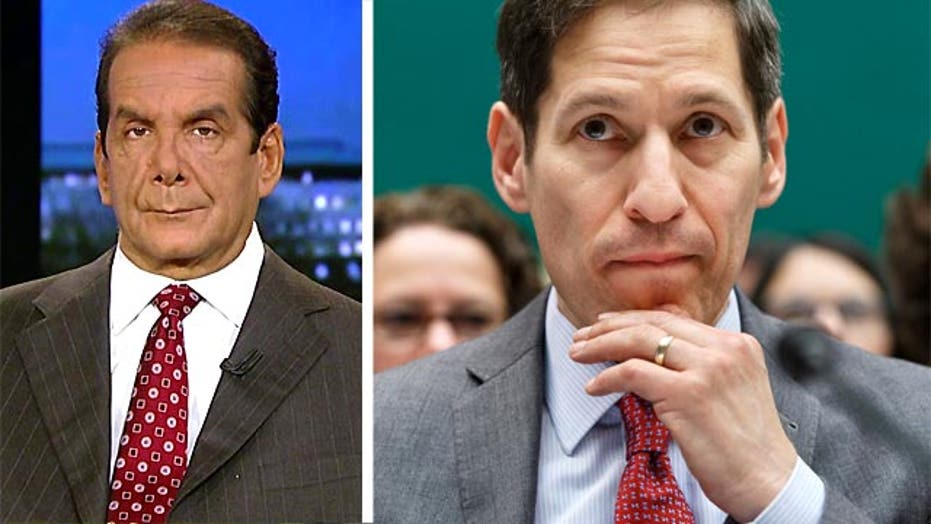 Charles Krauthammer argued the Obama administration is too slow coming to conclusions on how they should handle the Ebola outbreak, particularly in the U.S.

Charles Krauthammer said Thursday on "Special Report with Bret Baier" the Obama administration is "days behind" in coming to "obvious" conclusions on how they should handle Ebola.

Krauthammer, a syndicated columnist and a Fox News contributor, said that for example, the administration was late on deciding "you don't treat Ebola patients in the local hospitals."

"The two patients in Dallas now have now been transferred," he said. "The president ought to announce a policy that it's over if somebody develops Ebola we're not going to have them be treated in a local hospital. They don't have the training. They don't have the expertise. CDC says it will fly in a SWAT team. You don't need a SWAT team. You need an airplane to take the patient away to Atlanta or Bethesda or Omaha."

Krauthammer said he believes the Obama administration will also eventually concede that a travel ban on Ebola-ravaged countries is necessary.

“This is absurd,” Krauthammer said. “We get a couple more cases of people who come in with Ebola like (the first Ebola patient diagnosed in the U.S. Thomas Eric) Duncan and I absolutely assure you we're going to have a travel ban.”