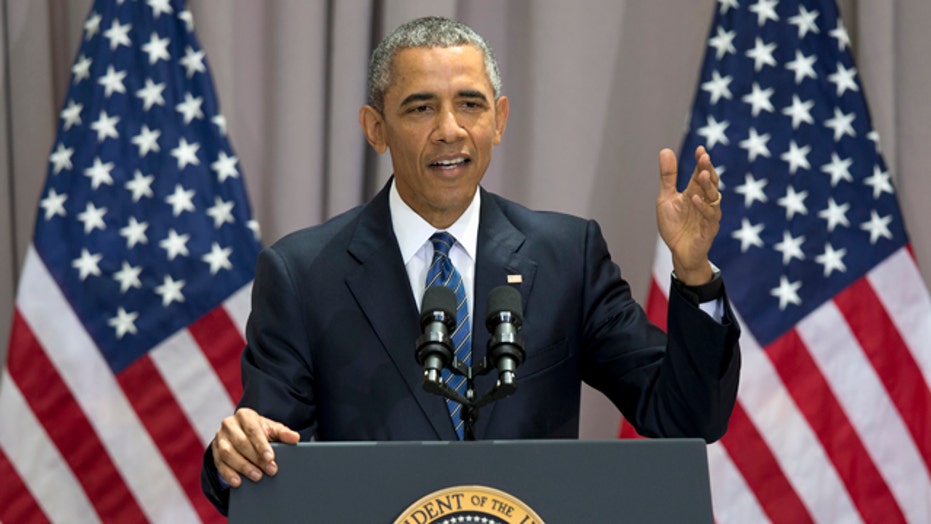 Secretary of State John Kerry doubled down on the controversial Iran nuclear deal Tuesday, telling lawmakers that there was not a better deal available to negotiators and that since 2003 Iran has not pursued a nuclear bomb to the best of America’s knowledge.

Speaking in a moderated discussion on the nuclear deal reached with Iran hosted by Thomson Reuters in New York, Kerry tried to counter Republican claims that a better deal can be reached.

Kerry told the forum that President George W. Bush tried in 2003 and 2008 to get a better deal, but there “is not a better deal to be gotten.”

He went on to say that the argument for a better deal would entail the U.S. maintaining or increasing pressure on Iran by threatening foreign governments and businesses with penalties for doing business with Iran, an idea that Kerry slammed as far-fetched.

"Are you kidding?" he said.

Kerry asserted that European countries wouldn't cooperate with U.S. sanctions, and would walk away from separate U.S.-led penalties against Russia if Congress kills the deal.

He also claimed that the dollar would lose its status as the world's reserve currency, and allies wouldn't support U.S. military action against Iran.

Kerry told participants that there was clearly a period in which Iran was pursuing a nuclear weapon.

However, he said that since 2003, Iran has not pursued a weapon to the best knowledge of the U.S. and others.

"They have not pursued a weapon to our best judgment and to the judgment of all our allies, they haven't pursue a weapon, per se, since that period of time," Kerry said.

In terms of the argument for a better deal, Kerry noted that while Iranian leaders issued a fatwah in 2003 that a nuclear weapon should not be pursued, Iran's Revolutionary Guard Corps (IRGC) still wants one and has fought against the deal.

“They are opposed to the agreement if that doesn't tell you something,” Kerry said.