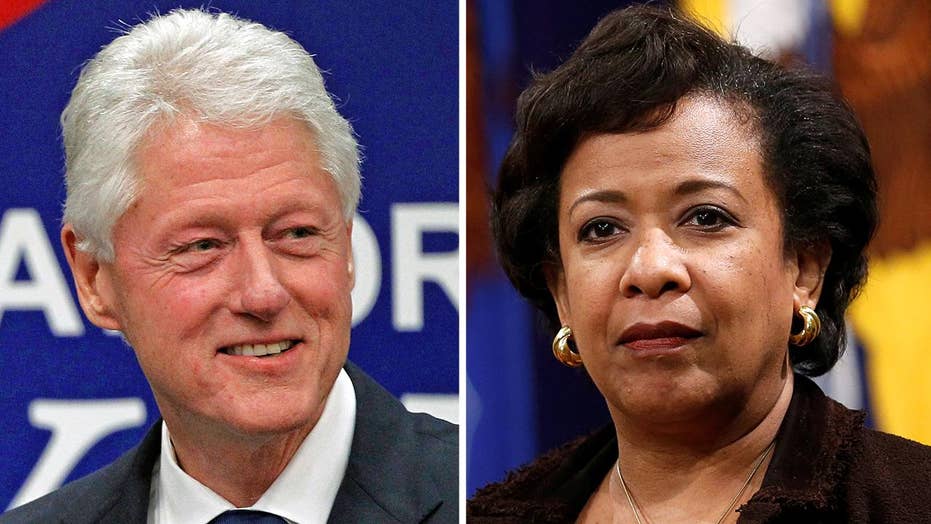 The newly uncovered documents will be sent to Judicial Watch by the end of November in response to a Freedom of Information Act (FOIA) lawsuit, a spokesman for the group told Fox News.

Judicial Watch originally filed a FOIA request in July 2016 -- which the Justice Department did not comply with -- seeking “all records of communications between any agent, employee, or representative” of the FBI for the investigation into Hillary Clinton’s private email server use, and all records related to the June 27, 2016 meeting between Lynch and Bill Clinton.

“We presume they are new documents. We won’t know what’s in them until we see them, unfortunately,” Judicial Watch President Tom Fitton told Fox News in an email Friday. “The fact they just ‘found’ them is yet another scandal.”

The FBI initially did not find any documents or records related to the tarmac meeting, according to an FBI letter reviewed by Fox News, but in a related case this summer, the Justice Department recovered email correspondence regarding the meeting.

“Upon further review, we subsequently determined potentially responsive documents may exist,” the FBI wrote to Judicial Watch in a letter on Aug. 10. The FBI wrote that the request had been “reopened” and is “currently in the process of searching for any responsive material.”

The tarmac meeting fueled Republican complaints at the time that Lynch had improperly met with the husband of an investigation subject, just before the probe into Hillary Clinton's personal email use was completed with no charges filed.

Congressional Republicans have called for a second special counsel to investigate Comey, Lynch and Clinton.