Still struggling to find a solution to the government shutdown, both the House and Senate briefly returned to work on Thursday only to quickly gavel out of session; Peter Doocy reports from Capitol Hill.

As the partial government shutdown moves into its second week with no end in sight, some judges are clashing with Department of Justice lawyers who are looking to pause cases involving the administration until the shutdown ends.

Bloomberg reports that in Washington, D.C., Judge Randolph Moss denied the government’s request to delay deadlines in a case challenging the administration’s ban on asylum seekers who illegally cross the border.

"Government functions may continue" when they relate to "the safety of human life or the protection of property," Moss wrote Thursday, citing a report indicating that many immigration employees are continuing working.

Meanwhile, in Maryland, Chief U.S. District Judge James Bredar called the shutdown a “dispute internal to one party” and urged the DOJ "to find the means by which to continue their participation in this litigation on a timely basis regardless of their client’s internal issues," Bloomberg reported.

The government is arguing that attorneys are prohibited from working even on a voluntary basis.

The administration had some success in New York, where the chief judge of Manhattan’s federal courts suspended work on civil cases involving government lawyers. U.S. District Judge Colleen McMahon said that the suspension will remain in effect for civil litigation involving the United States, its agencies, and its employees until after President Trump signs a budget appropriation law restoring DOJ funding. 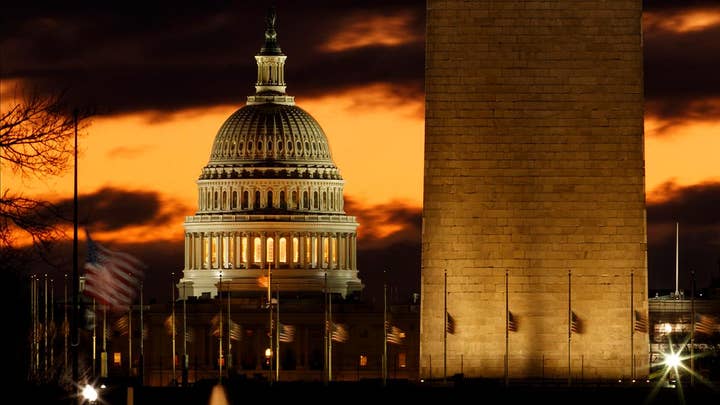 That order suspends a number of lawsuits in which Trump is a defendant -- including one involving a group of people suing Trump and the Trump Company. Last week, a judge ruled in that case that they can remain anonymous as they fear retaliation from Trump and his supporters.

A similar order to McMahon's has been issued in the Northern District of Ohio. However, in the Eastern District of New York in Brooklyn, Chief Judge Dora L. Irizarry issued an order Wednesday saying the court "will continue to hear and decide cases without disruption."

The shutdown has been fought over Trump’s call for $5 billion in funding for a wall on the southern border. Democrats have balked at that request and held firm at $1.3 billion for general border security.

There is no sign that the shutdown is any closer to being resolved than it was last Saturday when funding for the government expired.