A judge has ruled that Florida’s former election official Brenda Snipes’ constitutional rights were violated when she was suspended.

Former Broward County elections supervisor Brenda Snipes may be getting redeemed, as a Florida federal judge ruled Wednesday that former Gov. and current Sen. Rick Scott violated her constitutional rights when he suspended and “vilified” her without first allowing her to make her own case.

Snipes came under fire during the contentious recount that followed the 2018 elections and a legally required recount in close races for governor and U.S. Senate. 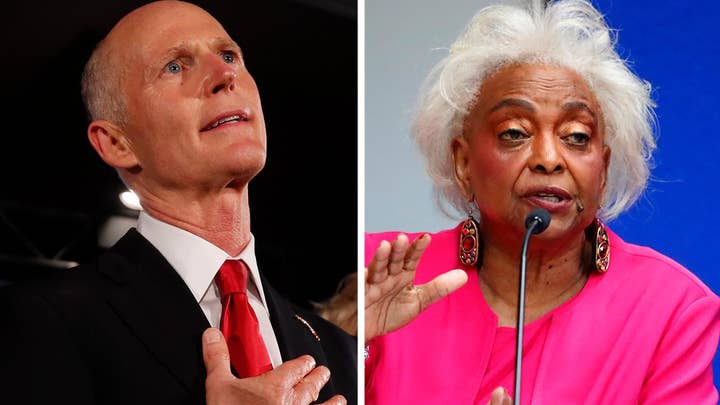 In the aftermath of the November election, Snipes said she would resign on Jan. 4, but Scott immediately suspended her. Snipes then tried to rescind her resignation and challenged the governor’s suspension as “malicious” and politically motivated.

Still, Walker said he did not have the authority to reinstate Snipes, writing that the court was “not determining what the ultimate outcome will or should be.”

Snipes sued both Scott and the GOP-controlled Florida Senate. The lawsuit named the Senate because that chamber’s Republican leader said there wasn't time to investigate the allegations against Snipes before her resignation took effect. Florida law requires the Senate to either remove or reinstate county officials suspended by the governor.

Snipes had been the top elections official in Broward County since 2003, when then-Gov. Jeb Bush appointed her. She had been elected three times and her current term was not scheduled to end until 2020.

Attorneys for Scott had argued the governor had the authority to remove her from office. Neither Scott nor DeSantis immediately responded to requests for comment on the decision.

Scott suspended Snipes for misfeasance, incompetence and neglect of duty, and appointed his former general counsel to take her place. In his executive order, Scott cited problems during the recount, including reports of more than 2,000 ballots being misplaced.

Snipes' attorney, Burnadette Norris-Weeks, contended that some of the problems cited by Scott were not caused by her client.

Daniel Nordby, who has been Scott’s general counsel, said the governor took action when he did because he “determined the people of Broward County deserved a supervisor of elections” who could prepare for upcoming spring municipal elections in a “competent manner.”