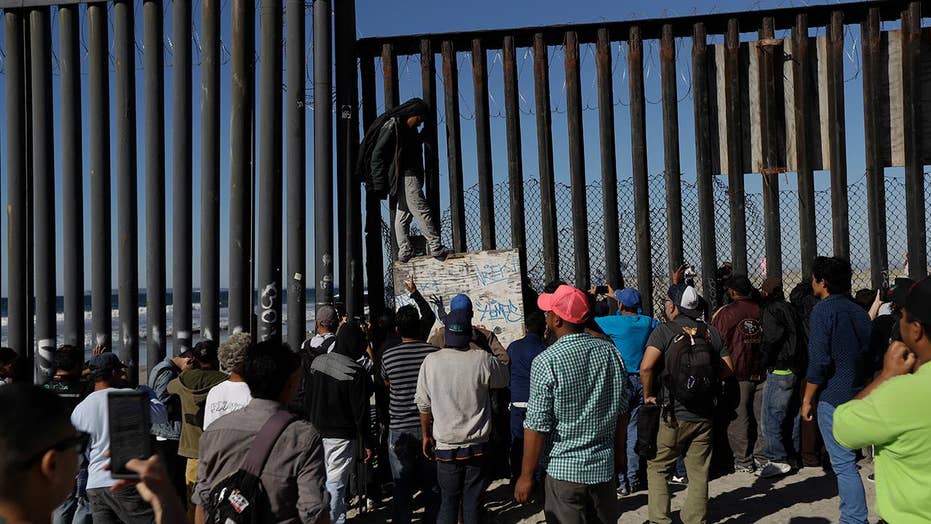 Many from migrant caravan seeking asylum at US-Mexico border

A federal judge in San Francisco on Monday barred the Trump administration from refusing asylum to immigrants who cross the southern border illegally, likely prompting a legal challenge from the White House.

Trump issued a proclamation on Nov. 9 that said anyone who crossed the southern border would be ineligible for asylum.

U.S. District Judge Jon S. Tigar, who was nominated by President Obama in 2012 to the U.S. District Court for the Northern District of California, issued a temporary restraining order after hearing arguments in San Francisco.

The request was made by the American Civil Liberties Union and the Center for Constitutional Rights, which quickly sued after President Trump issued the ban this month in response to the caravans of migrants that have started to arrive at the U.S.-Mexico border.

Baher Azmy, a lawyer for the Center for Constitutional Rights, said, "Individuals are entitled to asylum if they cross between ports of entry. It couldn't be clearer."

An estimated 70,000 people a year claim asylum between official ports of entry, including in the Arizona desert and on the north bank of the Rio Grande in Texas, according to the Department of Homeland Security.

Migrants who cross illegally are generally arrested and often seek asylum or some other form of protection.

On Monday, the U.S. closed off northbound traffic for several hours at the busiest border crossing with Mexico to install new security barriers, and also closed one of two pedestrian crossings at the San Ysidro crossing in a move apparently aimed at preventing any mass rush of migrants across the border.

U.S. border inspectors are processing only about 100 asylum claims a day at Tijuana’s main crossing to San Diego. Asylum seekers register their names in a tattered notebook managed by migrants themselves that had more than 3,000 names even before the caravan arrived.

Homeland Security officials say there are currently 6,000 people in Tijuana waiting to be processed at the San Ysidro border crossing, with more on the way.

During a conference call with reporters Monday afternoon, homeland security officials said "most of the caravan members are not women and children" and that more than 500 criminals are traveling with the group that has amassed on the other side of a San Diego border crossing. 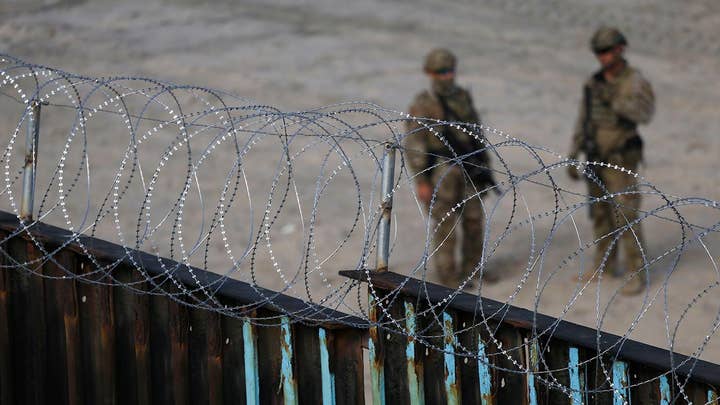 Officials anticipate the new arrivals could swell the migrant caravan in excess of 10,000 and will need to be housed for an extended period of time – which the Mexican government says it lacks the resources for.

The majority of migrants, who have been on foot for more than a month, are sleeping on a dirt baseball field at an outdoor sports complex in Tijuana by the newly-fortified barbed wire fence that separates Mexico from the United States.

Despite the growing numbers, the Pentagon will reportedly start withdrawing a portion of the 5,800 troops deployed at the border this week, with the rest of the unit packing up before Christmas.

“Our end date right now is December 15, and I’ve got no indications from anybody that we’ll go beyond that,” Army Lt. General Jeffery Buchanan, who is overseeing the deployment, told Politico.

Fox News' Gregg Re, Greg Norman and the Associated Press contributed to this report.