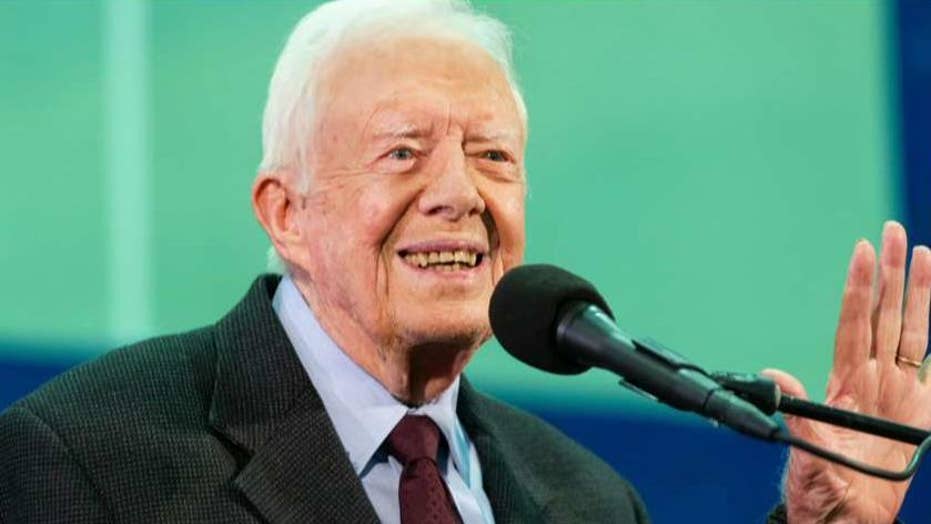 Former President Jimmy Carter was released from a Georgia hospital Wednesday after being treated for a urinary tract infection.

Carter, 95, was discharged from the Phoebe Sumter Medical Center in Americus, Carter Center spokeswoman Deanna Congileo said in a statement.

"He said he looks forward to further rest and recovery at home in Plains, Georgia," she added.

Carter has had several health issues in recent years.

He was released from Emory University Hospital in Atlanta last month after recovering from surgery to relieve pressure on his brain caused by bleeding from a fall.

On Oct. 6, he had hit his head and required 14 stitches. He still traveled to Nashville that month to help build a Habitat for Humanity home shortly after the incident. He also fractured his pelvis in another fall later that month that required a brief hospital stay.

Carter was diagnosed in 2015 with melanoma, saying it had spread to other parts of his body. He said he was cancer-free after procedures to remove parts of his liver, treatment for brain lesions, and radiation and immunotherapy.

He also had hip replacement surgery last spring after a fall.