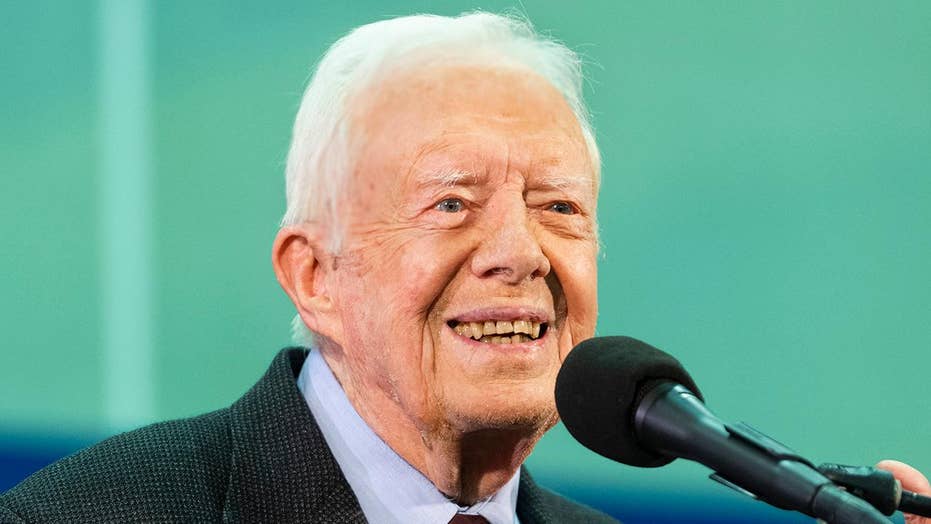 Former President Jimmy Carter hospitalized after another fall at home

95-year-old former President Jimmy Carter has been hospitalized with a minor pelvic fracture after falling at his Georgia home.

Former President Jimmy Carter has been hospitalized for a procedure to reduce pressure on his brain.

Carter, 95, was admitted to Emory University Hospital in Atlanta on Monday, with an operation scheduled for Tuesday morning, according to a statement from The Carter Center.

The statement said the pressure on his brain has been caused by bleeding “due to his recent falls”.

“President Carter is resting comfortably, and his wife, Rosalynn, is with him,” the statement concluded.

Carter, whose birthday was Oct. 1, is the longest-living U.S. president in history.

The former president suffered injuries in a fall at his home last month that required received stitches above his brow. He also broke his hip after suffering a fall in his home this past May while readying to go turkey hunting.

The former president announced in 2016 that he no longer needed radiation to treat cancer, which had spread to spots in his brain.

Carter said earlier this year he hoped "there's an age limit" to holding the highest elected office in the United States.