Rep. Elijah Cummings, D-Md., the panel's chairman, said the committee has obtained "direct evidence" that the president's daughter, Kushner and other top aides were using personal accounts for official business in violation of federal law and White House policy.

"What we do not yet know is why these White House officials were attempting to conceal these communications," Cummings said, adding that the White House has refused to produce a single piece of paper this year in response to the investigation.

WATCH: TLAIB CLASHES WITH JIM JORDAN AFTER SAYING IVANKA AND JARED 'DON'T HAVE ANY PRIVACY ANYMORE 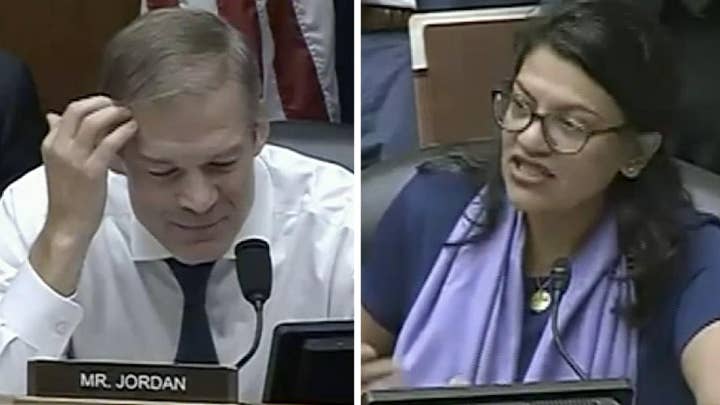 Republicans called the subpoenas unnecessary and said Ivanka Trump and Kushner are cooperating with the committee. The subpoenas were approved 23-16 on a party-line vote. Cummings also announced Thursday that the House Oversight Committee would postpone a vote on whether to recommend that White House counselor Kellyanne Conway be held in contempt of Congress, as talks continued with the Trump administration.

The committee's investigation comes after Ivanka Trump last year dismissed any comparison to the use of private email by former Secretary of State Hillary Clinton, which prompted an FBI investigation and inspired the "Lock her up!" chant at Donald Trump's 2016 campaign rallies.

In her time as the top U.S. diplomat, from 2009 to 2013, Clinton sent thousands of emails using a private server set up at her home in Chappaqua, N.Y. The FBI found classified information in some of the emails that were sent or received on the nongovernment system, but federal authorities declined to pursue charges against Clinton.

Last year, The Washington Post reported that Ivanka Trump sent hundreds of emails about government business from a personal email account to White House aides, Cabinet members and her assistant. The newspaper said many of those communications, during the early months of the administration, violated federal public records rules.

Jordan also clashed with Rep. Rashida Tlaib, D-Mich., during the hearing when the member of "the Squad" of far-left Democrats suggested that Ivanka Trump and Jared Kushner no longer have an expectation of privacy as senior White House advisers.

Tlaib claimed it was "unprecedented" that Jordan and others were trying to protect family members of the administration. Jordan responded by asserting that the nature of the subpoena was "unprecedented" as was the personal information it was pursuing.

Jordan, who served on the House Benghazi panel and was among Clinton's sharpest critics, said Clinton "exclusively used a private server" and destroyed more than 30,000 emails. Ivanka Trump, by contrast, "inadvertently" used a private account "on a few rare occasions" before correcting her actions, he said.

Fox News’ Sam Dorman and the Associated Press contributed to this report.