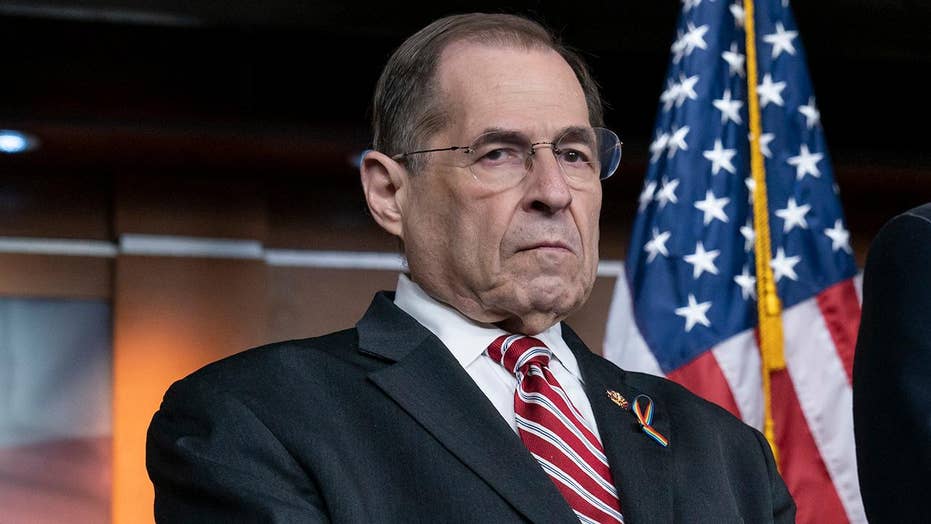 Nadler threatens to subpoena Mueller to testify in front of Congress

House Judiciary Committee Democrats announced Tuesday that they plan to authorize subpoenas later this week for a dozen individuals connected to President Trump as part of the panel’s escalating probe into obstruction of justice, public corruption and other alleged abuses by the president.

Committee Chairman Jerrold Nadler, D-N.Y., said Tuesday that the panel is moving forward with “efforts to request information from critical witnesses as part of our ongoing investigation into obstruction, corruption, and abuse of power by the President and his associates.”

The committee plans to mark up the resolution authorizing the subpoenas on Thursday, an effort that comes ahead of high-profile hearings next week featuring former Special Counsel Robert Mueller himself.

“Today’s latest effort to relitigate the special counsel’s investigation remains unimpressive and unproductive. Mr. Mueller’s team issued more than 2,800 subpoenas before concluding that no Americans conspired with Russia. Even if Chairman Nadler still believes subpoenas are conversation starters, it’s hard to imagine this handful of subpoenas will do anything but reinforce the principal conclusions we’ve been able to read about for months,” Collins said in a statement.

Earlier this year, Nadler made a sweeping request for documents as part of the expansive Trump probe, calling for responses from 81 agencies, entities and individuals. Nadler sent document requests the majority of the individuals the committee plans to subpoena this week, including Kushner, Flynn, Sessions, Lewandowski, and others. In March, a GOP source on the committee told Fox News that only a small group had provided documents and met the Nadler-imposed deadline.

“I remain open to reaching a reasonable accommodation and will not issue subpoenas if the information we are seeking is voluntarily provided,” Nadler said Tuesday. “We will get answers one way or the other.”

“We’re fighting all of the subpoenas,” Trump said in April. “Look, these aren’t like, impartial people. They are Democrats trying to win in 2020…They’re not going to win against me.”

He added, at the time, that “the only way they can luck out is by constantly going after me on nonsense.”

Nadler’s announcement comes as Felix Sater, the Russian-born real estate developer tied to the Trump Organization’s past plans to build a Trump Tower in Moscow, appeared on Capitol Hill for an interview before the House Intelligence Committee. Chairman Adam Schiff subpoenaed Sater last month after he failed to appear for a voluntary private interview with the committee.

Sater’s testimony was scheduled as part of that committee’s continued investigation into Russian interference in the 2016 presidential election. Mueller said there was no evidence of a criminal conspiracy between Russia and members of the Trump campaign, but said there were dozens of contacts between the two. Schiff has vowed to investigate some of those contacts.