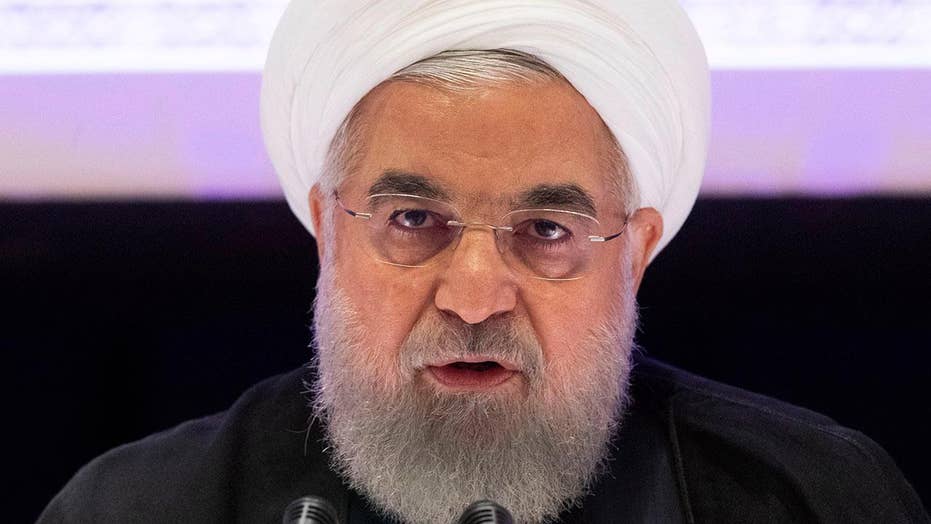 Iran’s main resistance group claimed Monday to have intelligence detailing how Tehran was behind the recent attacks on a Saudi oil facility -- just days after Iranian President Hassan Rouhani challenged the international community to provide such evidence of its involvement.

The National Council of Resistance of Iran (NCRI) said it has received information from within the government that detailed the missile and drone attacks on Saudi oil facilities on Sept. 14.

It announced its claims in a report, along with an accompanying press conference in Washington, D.C. The report says that the attack was ordered on July 31 by Supreme Leader Ali Khamenei, with both Rouhani and Foreign Minister Mohammad Javad Zarif present.

The group says the information is based on MEK (Mujahedin-e Khalq) sources from within the regime and the Islamic Revolutionary Guard Corps (IRGC). MEK is part of the NCRI.

“The regime is counting on inaction of the international community in its aggression,” the report says. “As long as this regime exists, it will not cease its aggression.”

The U.K., France and Germany joined the U.S. last week in blaming Iran for the attacks, a win for President Trump as he seeks to rally other nations to endorse its “maximum pressure” campaign and demonstrate that Iran is a rogue regime.

"All nations have a duty to act, no responsible government should subsidize Iran's bloodlust," he said in his speech to the U.N. General Assembly last week.

Trump’s administration, which has imposed waves of sanctions after pulling out of the 2015 Iran nuclear deal last year, announced in the wake of the Saudi attack that it would sanction Iran’s national bank in response to the attack.

"This will mean no more funds going to the [Islamic Revolutionary Guard Corps] or to fund terror, and this is on top of our oil sanctions and our financial institution sanctions," Treasury Secretary Steven Mnuchin said, calling the move "very big."

But Rouhani has pointed the finger instead at Yemen rebels, telling reporters at the U.N. on Thursday that forces on the ground have longer-range missiles and have previously attacked parts of Saudi Arabia. He also urged the countries to provide proof for the allegations that Tehran is responsible.

“Those who make the allegations must provide the needed proof to back up such allegations,” he said.

But the NCRI says its intelligence indicates that the attack involved the highest levels of the Iranian regime. It goes on to name the type of missiles used and claims that it was produced by the military facility in Parchin, Tehran.

“The simultaneous missile and drone attack on Saudi Arabia’s oil facilities on September 14, 2019, emanated from inside Iran and was a blatant act of war that Khamenei, Rouhani, Zarif, and other regime heads were responsible for in deciding, approving, and implementing,” the report concludes.

Much of the report is spent outlining the specifics about how exactly the missiles were produced, and how the attack was carried out -- including when top IRGC commanders were deployed.

Specifically, it claims that IRGC commanders coordinated the attack from Omidiyeh base near Ahvaz and that the presence of regular army forces concealed the IRGC’s presence there.

Ominously, it also claims that a new IRGC force entered Omidiyeh on Sept. 22, nearly a week after the attack on the oil facilities, but that “there is no information on their orders yet.”

The NCRI has long been a thorn in the side of the regime, and its members have been targeted by the regime in attempted terror attacks in Europe. The NCRI has responded by calling for Europe to shut down Tehran’s embassies on the continent.