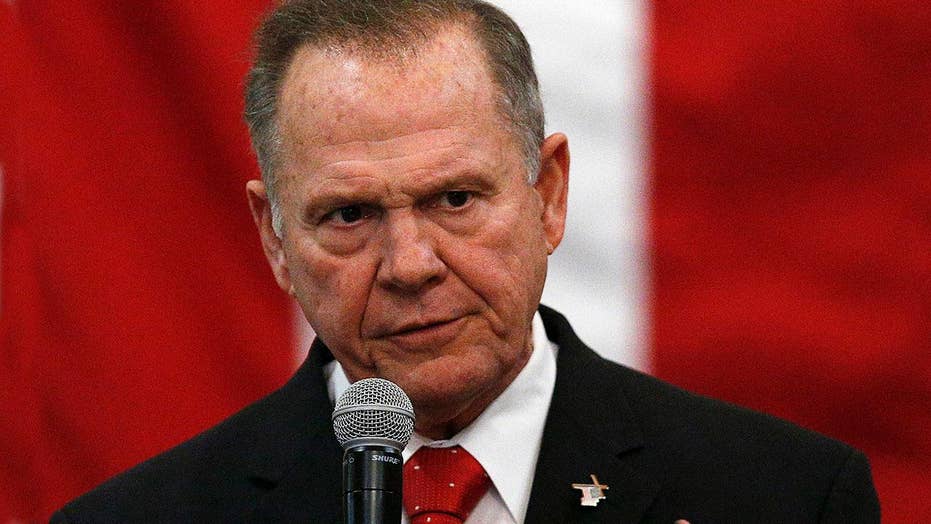 Will Roy Moore loss have a carryover effect in 2018?

In a video posted to YouTube on Wednesday evening, Moore says his campaign is still waiting for the election results to be certified by the Alabama secretary of state.

Moore notes in the video that military and provisional ballots remained to be counted.

Ballots from overseas can continue to come in until noon next Tuesday, Secretary of State John Merrill said, according to AL.com.

Merrill said final results will be certified by the state canvassing board between Dec. 26 and Jan. 3, AL.com reported.

In most of the remainder of the nearly five-minute-long video, Moore thanks supporters and then lists numerous ills that he believes are plaguing the country.

“Abor​t​ion, sodomy, and materialism have taken the place of life, liberty and the pursuit of happiness,” he says.

“Even our political process,” he later notes, “has been affected with baseless and false allegations which have become more relevant than the issues which ​a​ffect our country.”

He later laments that the Alabama race was “tainted by over $50 million from outside groups who want to retain power and ​their ​corrupt ideology.

“No longer is ​this about ​​Republican or Democrat​ic​ control,” he adds. “​It has truly been said that there is not a dime's worth of difference between them. It is about a Washington establishment which will not listen to the cries of its citizenry​.”