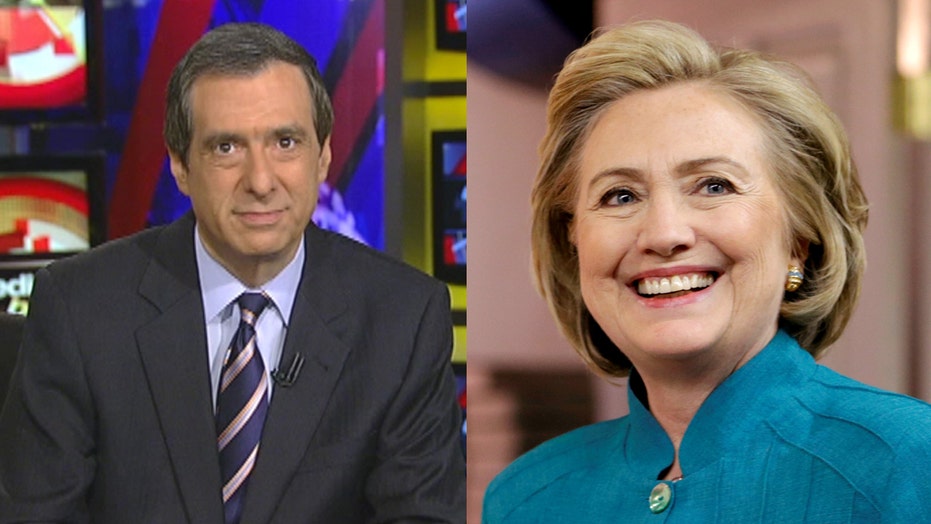 Hillary Clinton hasn’t been getting along so well with the mainstream media, which have hammered her over her private email server. And astronomical speaking fees. And tangled Clinton Foundation finances. And for rarely answering questions from the press.

So where is the love that many expected the media elite to shower on the woman who might be the first to win the Oval Office?

Answer: the women’s magazines. And perhaps more generally in the cultural media.

Magazines such as Vogue, Marie Claire and Elle are—there’s no other word for it—swooning over the former first lady. She’s good copy, she appeals to their readership, and fits neatly into their liberal mindset.

In a terrific piece, Politico focuses on the Hillary mania that has been hidden in plain view.

Here’s Marie Claire Editor-in-Chief Anne Fulenwider: “We’re thrilled that Hillary is in the race. We’d love to see a woman president for the United States.”

And not, it appears, Carly Fiorina.

Vogue has featured Hillary at least seven times and made her the first first lady to appear on its cover. Editor Anna Wintour introduced Hillary at an event in Arkansas in 2013, saying: “I can only hope that all of you here in Little Rock will be celebrating her come November 2016. Just as all of us, all of us at Vogue, look forward to putting on the cover the first female president of the United States.”

They’re not even subtle about it.

At Elle, Editor-in-Chief Robbie Myers says it was just a coincidence that Chelsea was on the cover the same week her mother launched her presidential campaign. And as Politico notes, some online articles have trumpeted, for instance, “‘12 Times Hillary Clinton showed us exactly who she is’ (‘brave, feminist, and unapologetic’).”

But let’s now switch to the NYT Styles section, which ran a lengthy piece on Hillary’s coolness factor, leading off with a Democratic PR person named Audrey Gelman. She “called the former secretary of state ‘a feminist icon and a cultural icon,’ has sought to lift Mrs. Clinton’s cultural cred. On the day Mrs. Clinton announced her candidacy, Ms. Gelman said that approving Instagram messages poured in from the singer Ciara, the stars of the raunchy millennial comedy ‘Broad City’ and her best friend and ‘Girls’ creator Lena Dunham. (‘My new tramp stamp,’ Ms. Dunham wrote under the campaign logo.)

“There have also been endorsements from Katy Perry, 50 Cent and America Ferrera, the star of TV’s ‘Ugly Betty.’ On Thursday evening, Mrs. Clinton replied ‘Back at you’ to the singer Kelly Clarkson, who called herself a ‘fan of Hillary.’”

Now the piece does allow for the possibility that Hillary isn’t all that cool, at least not as cool as Barack Obama. And quoted a few skeptics. But the premise was that “Mrs. Clinton would love for young trendsetters to champion her cause and to replicate Mr. Obama’s success at converting his cultural currency among young voters into hard votes.”

It’s hard to imagine the Times carrying such a story about a Republican candidate.

This was a theme as I checked out the women’s mags and looked beyond the fashion, beauty and relationship advice—Hillary as charismatic figure.

Marie Claire: “The political powerhouse seems to be operating under a new strategy that seeks to shake these stereotypes. The new Hillary isn't cold—she's cool.”

Vogue: “While Hillary Clinton is most often associated with the pantsuit—her twitter bio even reads ‘pantsuit aficionado’—the full breadth of her style extends far beyond a drab gray blazer. As the former First Lady and Secretary of State officially sets forth with her bid on the White House, here we take a look back on her ten finest fashion moments.”

What’s really at play here is that liberals and some female editors are trying to whip up enthusiasm for Hillary Clinton as a groundbreaking figure based on gender. But unlike Obama seven years ago, she is hardly a fresh face, having been on the national stage since 1992. And unlike Obama (and her husband), she doesn’t have that same ease around the cameras.

So are the women’s magazines going to play the cheerleading role for Hillary that some African-American publications did for the future president in 2008? It sounds perfectly natural for female editors to say they’re excited about the prospect of the first woman president, but in the current climate, that is little more than a code phrase for Hillary Rodham Clinton.

And this is happening behind the scenes as well: Marie Claire has hired as contributors Alyssa Mastromonaco, former White House deputy chief of staff, and ex-Jill Biden aide Courtney O’Donnell.

Hillary, like any male candidate, has her strengths and weaknesses. But that matters little for publications that are determined to treat her as an icon. And their conservative readers are entitled to question whether they are engaged in journalism or boosterism.