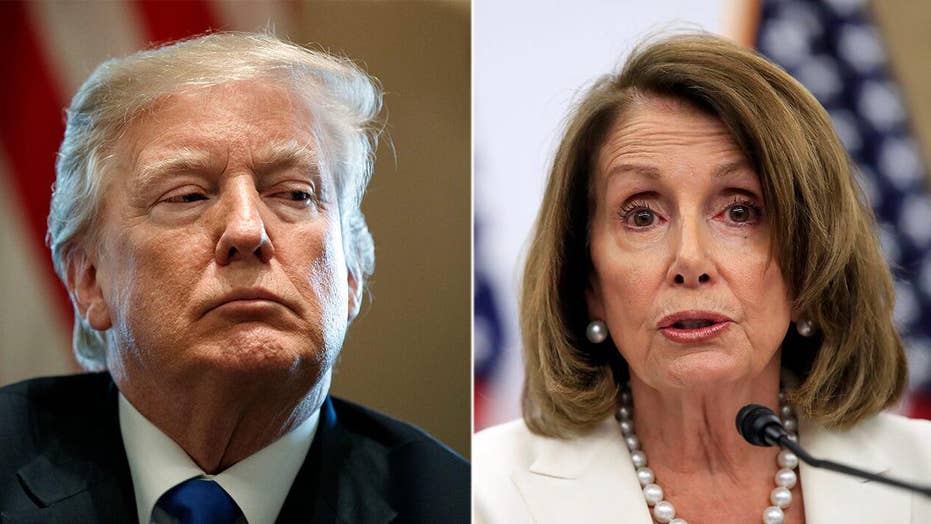 The Democracy 2020 Sunday panel weighs in on the narratives both parties are spinning to win political favor during the House impeachment investigation.

I stood with my dad on stage at Dave Finkelman Auditorium in Middletown, Ohio, waiting to interview Watergate Special Prosecutor Archibald Cox. It was March 2, 1989.

I was a college student. I worked for a radio station in Cincinnati, so my schedule was scattershot. It was impossible to maintain a regular class schedule at Miami’s main campus in Oxford, Ohio, so I also took a few classes at Miami’s Middletown and Hamilton branches. Miami brought in Cox to speak as part of its annual Casper Lecture Series. A political science professor at Miami’s Middletown campus, Mel Cohen, suggested I attend, so I brought Dad along. We sat near the back.

After Cox’s speech, I headed to the stage with my tape recorder to secure a short interview. The only reporters there were someone from the local paper and myself.

I didn’t know much about Watergate back then. I had heard of the Saturday Night Massacre. I wouldn’t read “All the President’s Men” by Woodward and Bernstein for another two years. I wasn’t familiar with the name Archibald Cox until Cohen told me about him and the lecture.

When I got to the stage, I asked Cox about the most recent scandal involving possible presidential power abuses: Iran-Contra. President Reagan had just left office weeks before. President George H.W. Bush now occupied the Oval Office. Congress held hearings probing Iran-Contra in the summer of 1987, but questions about Iran-Contra dogged Bush during the 1988 presidential campaign. What did the Republican nominee know about the “arms for hostages” deal when he served as Reagan’s vice president? Bush argued he was “out of the loop.” However, diary entries indicated otherwise.

Independent Counsel Lawrence Walsh led a seven-year investigation into Iran-Contra. Wash’s investigation eventually led to multiple convictions among top defense and National Security Council officials. Note the term “independent counsel.” Policymakers changed the title and parameters of a “special counsel” after Cox and Watergate. That’s why Walsh and others were “independent counsels.”

Walsh’s inquest started during the Reagan administration, was still going at the end of the Bush administration and concluded well into the Clinton administration. And some people thought Robert Mueller’s investigation dragged on too long? In one of his final acts as president in late 1992, Bush pardoned former Reagan Defense Secretary Caspar Weinberger. Weinberger was indicted just before the 1992 presidential election and had not yet gone to trial. Bush sought counsel from his attorney general about a possible pardon. The attorney general at the time? The same one in office now: William Barr.

It’s not hard to see how Iran-Contra puzzled the country back then. President Nixon made the order to sack Cox in the 1973 Saturday Night Massacre as the prosecutor probed Watergate. So, it seemed only appropriate to ask Cox in early 1989 about Iran-Contra and any potential parallels when it came to possible presidential corruption and power abuses.

“The public will never understand Iran-Contra,” Cox said into my microphone. “It’s too complex.”

Cox said Watergate was easier to distill. A burglary at the Watergate building. The tapes. Missing parts of the tapes. His firing. It all added up in a fashion which made it easier for the casual American to follow and digest, he suggested. Iran-Contra? Not so much.

One must first understand how the CIA was training Contra rebels in Nicaragua, duking it out with a Cuban-backed group called the Sandinistas. The fighting in Nicaragua represented a proxy war between the United States and Soviet Union during the Cold War. Reagan took particular interest in the Contras. He called them “Freedom Fighters” as they fought communists. The cocaine trade also bankrolled the Contras. Liberal Democrats in Congress blasted covert efforts to assist the Contras. House Intelligence Committee Chairman Edward Boland, D-Mass., authored a series of amendments “prohibiting the use of funds” to overthrow “the government of Nicaragua.” Reagan signed into law legislation bearing these amendments.

Then, enter Iran. The U.S. was trying to secure the freedom of American hostages held by an Iranian group in Lebanon. The Reagan administration devised a plan to send arms to the Iranians to earn the freedom of the American hostages. Reagan noted publicly there was a trade embargo with Iran and that the U.S. did not negotiate with terrorists. Still, the plan was to launder the profits from the arms sent to Iran – to the Contra rebels.

Such an intricate fabric of backdoor dealings was hard for many people to trace. Keeping track of who was what, who was involved and why they were important made the tale nearly impenetrable. Sure, the scandal damaged Reagan. There was talk about impeachment back in 1986 and 1987. Various officials went to jail or were eventually pardoned by Bush. But, as Archibald Cox suggested, the story didn’t make for tidy copy in the newspaper – let alone on television. Watergate was simpler. It was more direct.

One could even argue that the impeachment of President Clinton was easier to grasp. Remember, the House of Representatives impeached President Clinton, not for having an affair with Monica Lewinsky, but for failing to tell the truth about it under oath. But, the Clinton impeachment centered around the “sex sells” script. There was an affair. A blue dress. A president and an intern. Just so much easier for people to understand and follow.

Questions have remained to this day about Iran-Contra and the roles of Reagan and Bush, but there was no impeachment.

The House of Representatives has been hurtling toward impeaching President Trump. There was the phone call. The unknown whistleblower. Whether the president threatened to cut off assistance for Ukraine unless Kiev moved against former Vice President Joe Biden. Was there a “quid pro quo?”

Can the public keep this straight?

More revelations may come to light. But, if the House moves ahead with impeachment, top Democrats must curate a narrative to present to the public. And, to paraphrase Archibald Cox, will the public understand it? Or is it too complex?