Responding to a torrent of complaints from Republicans that the impeachment inquiry against President Trump is secretive and one-sided, a lawyer for the anonymous whistleblower who raised alarms about the presidents' dealings with Ukraine said Sunday his client is willing to answer written questions submitted by House Republicans.

"You don't get to ignite an impeachment effort and never account for your actions and role in orchestrating it," Jordan said.

The whistleblower attorney's surprise offer, made to Rep. Devin Nunes, R-Calif., the top Republican on the House Intelligence Committee, would allow Republicans to ask questions of the whistleblower, who spurred the impeachment inquiry, without having to go through the committee's chairman, Rep. Adam Schiff, D-Calif.

"Obviously, per House rules GOP is beholden to DEMs," Zaid tweeted. "We, however, are not."

Zaid, a longtime Trump critic, tweeted that the whistleblower would answer questions directly from Republican members "in writing, under oath & penalty of perjury," part of a bid to stem escalating efforts by Trump and his GOP allies to unmask the person's identity.

Queries seeking "identifying info" about the whistleblower won't be answered, he said.

"Obviously, per House rules GOP is beholden to DEMs. We, however, are not."

"We will ensure timely answers," Zaid wrote. "We stand ready to cooperate and ensure facts - rather than partisanship - dictates any process involving the #whistleblower."

Zaid, when asked by Fox News if Nunes' team had reached out, said there was "no substantive response."

Nunes' office did not immediately respond to Fox News' request for comment, and it was not clear if Jordan was speaking for Nunes. 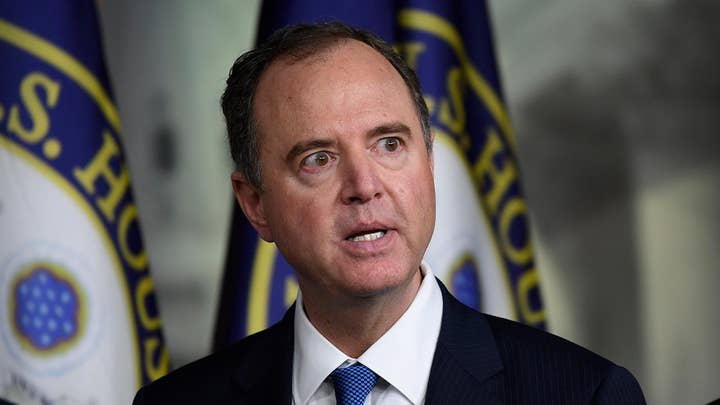 This past September, Schiff, who long pushed unsubstantiated claims that the Trump team had conspired illegally with Russians, promised testimony from the whistleblower "very soon." But, in recent weeks, he's shifted course and suggested the testimony was unnecessary. In the meantime, it emerged that Schiff's panel spoke with the whistleblower before the whistleblower complaint was filed, contrary to Schiff's previous claims.

Trump repeatedly has demanded the release of the whistleblower's identity, tweeting Sunday that the person "must come forward." The whistleblower raised concerns about Trump's July 25 call with Ukrainian President Volodymyr Zelensky, in which he suggested Zelensky review Joe and Hunter Biden's dealings there. The younger Biden routinely secured lucrative roles both domestically and abroad, with little relevant expertise, while his father was a powerful senator and, later, vice president.

The whistleblower's secondhand account of the call has been providing a road map for House Democrats investigating whether the president and others in his orbit pressured Ukraine to probe political opponents, including former Vice President Joe Biden.

"Reveal the Whistleblower and end the Impeachment Hoax!" Trump tweeted.

Trump later Sunday pushed the news media to divulge the whistleblower's identity, asserting that the person's accounting of events was incorrect. The whistleblower's complaint has been corroborated in part by people with firsthand knowledge of the events who have appeared on Capitol Hill -- but key inconsistencies also have emerged.

For example, the complaint stated that Trump made a "specific request that the Ukrainian leader locate and turn over servers used by the Democratic National Committee (DNC) and examined by the U.S. cybersecurity firm CrowdStrike" -- a request that did not appear in the declassified transcript of the call released by the Trump administration.

U.S. whistleblower laws have existed to protect the identity and careers of people bringing forward accusations of criminal wrongdoing by government officials, but many Republicans have argued -- citing career Justice Department officials -- that nothing criminal occurred during Trump's call.

Republicans are said to have eyed a political opportunity in unmasking the CIA official, who the intelligence community's inspector general said could have "arguable political bias."

Zaid acknowledged in a statement last month that his client "has come into contact with presidential candidates from both parties" -- but insisted that the contact involved the politicians' roles as "elected officials – not as candidates."

And, Fox News reported in October that the whistleblower told the Intelligence Community Inspector General (ICIG) that bias against the president might be alleged against him or her for a third, previously unreported reason. Fox News previously reported the whistleblower was a registered Democrat and had a prior work history with a senior Democrat, but the third potential indicator of bias remained unclear. 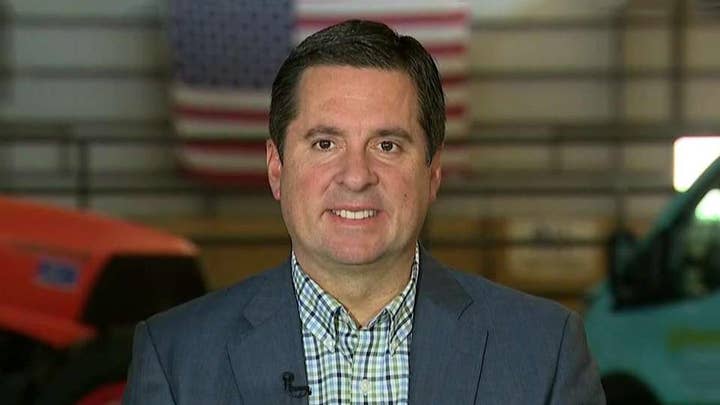 House Minority Leader Kevin McCarthy, R-Calif., said Sunday he had not yet discussed the whistleblower's offer with Nunes, but stressed that the person should answer questions in a public appearance before the committee.

"When you're talking about the removal of the president of the United States, undoing democracy, undoing what the American public had voted for, I think that individual should come before the committee," McCarthy told CBS News' "Face the Nation."

"We need an openness that people understand this," he added.

Zaid said his team had addressed the issue of alleged bias with Republican members of the committee and had stressed the need for anonymity to maintain the safety of the whistleblower and that person's family, "but with little effect in halting the attacks."

"Let me be absolutely clear: Our willingness to cooperate has not changed," tweeted Andrew P. Bakaj, another attorney representing the whistleblower. "What we object to and find offensive, however, is the effort to uncover the identity of the whistleblower."

Bakaj wrote Saturday that "their fixation on exposing the whistleblower's identity is simply because they're at a loss as to how to address the investigations the underlying disclosure prompted."